“Better-for-you” beers with lower calories, carbohydrates, and alcohol by volume (ABV) are out in full swing. VinePair gathered a panel to blind-taste and rank more than 30 beers marketed to consumers as having “healthier” ingredients and calorie counts. Given the vast array of options, we divided them into two categories: lagers and ales.

Our criteria: The beers had to have 150 calories or less per 12-ounce serving, and less than 5 percent ABV. All 18 of our picks ended up under 145 calories, equivalent to a PBR. All but three are less caloric than a Miller High Life (141 calories per 12 ounces), and eight fall equal to or under Bud Light’s 110 calories. One even sneaks in at 95 calories, a single calorie less than Miller Lite. To determine whether these beers are actually tastier than the macro light lagers and health-conscious options they mimic, we also blind-tasted Michelob Ultra Light and Michelob Ultra Pure Gold.

Here are 18 of the best low-alcohol, low-calorie lagers and ales, tasted and ranked. This all-day sipper was neither flavor-packed nor boring, a reverse-engineered marvel of malt-forward simplicity with a touch of hop character. At just 99 calories, one panelist said, “that’s hard to beat.” Shoppers may be surprised when this “light” beer lands in their glasses due to its amber hue, a contrast to the bottle’s Bud Light-like label. Far from the typical light lager, Sam Light “smells like fall,” one taster said. Others chimed in “Oktoberfest” and “a mild festbier, or a pumpkin beer light.” Pale and cloudy with a slight sulfur note on the nose, this pilsner improved with each sip. “The flavor makes up for the smell,” said one taster, noting that most will likely sip this from a can, rather than sniffing it in a tulip glass. “It’s very light and herbal, like a hoppy pilsner,” said another. Its lightly bitter finish was crisp and refreshing. 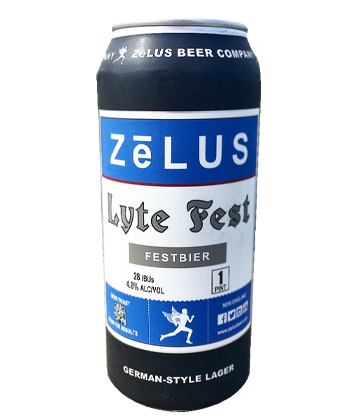 Initial reactions spanned “smells like college” to having a “salty, pickled” note, but our panel unanimously agreed on one thing: This did not taste like a light beer. “I forgot we were tasting low-cal lagers for a second,” one panelist said. Lyte Fest’s hoppy flavor, medium body, and bitter finish made it one panelist’s favorite. This yellow-gold light lager “looks like a cartoon-colored beer,” one taster said. It also “smells like bread” and has a frothy texture on the palate, “like marshmallows,” said another panelist, who concluded, “This is a really decent light lager.” Coffee and subtle chocolate aromas surprised us at first, so delighted were we with this 120-calorie black lager’s stout or porter flavors in a feathery light package. Panelists described this beer as “delicious for a light stout or low-cal porter.” Smoky notes and a roasty finish pleased some tasters, although one wished the finish were crisper. Citrus and baking spice on the nose drew in curious panelists, who eventually called out their origins: grapefruit and ginger. One taster said this beer would make a perfect pairing with Japanese fare, especially sushi. This beer said “citrus” from start to finish, from its pinkish hue to its grapefruit, orange, and, finally, blood orange aromas and flavors. Like “pink Champagne” with a softer texture, this radler’s slightly sweet flavor was both satisfying and thirst-quenching. “I would crush this,” one panelist said. Another summed it up as an “elevated Corona and orange juice,” which is definitely something we need to try ASAP. This kolsch pours “very clear, like a lager,” one panelist said. Herbal, floral notes seesawed with citrus until one taster said “it tastes more like plants than fruits.” This beer is made with bee pollen, which could explain its grassy, dandelion-like flavor. Hazy, full-bodied, and malt-forward with a bitter finish, Long Run Apricot Pale Ale is “both sweeter and more bitter” than tasters were expecting. “It tastes like straight-up IPA.” Although the apricot was subtle, one panelist picked up on a lychee-like aroma. Fans of this newcomer from Boston Beer’s Marathon Brewing label applauded its malt-forward flavor and “iced-tea-like” citrusy sweet note. “It’s like the Arnold Palmer of beers,” one panelist said. “This is exactly what I want in a beer,” said another. This beer made with tangerine peel and sea salt starts with cereal flavors, “like Cheerios,” then lifts the senses with a zingy acidity. Its citrusy, salty flavor reminded one taster of yuzu. “I feel like this is a good beer to drink on its own, without food,” another panelist said. Harpoon nails the low-alcohol hazy IPA with Rec. League. It’s lightly hoppy with pineapple and tropical aromas, and has clementine and tangerine flavors. On the palate, it’s dry and pleasantly pithy, with a refreshing finish. However, some tasters found it “too hoppy,” “less beachy,” and not ideal “to drink after sweating” compared to other beers we tasted. Swipe Light emerged a favorite for its simple refreshment. At first, tasters detected “something earthy” and “funky, but in a good way,” on the nose. It also has “a nice, crisp mouthfeel,” “hydrating” refreshment, and a crisp finish. “I’d pound this on the beach with a greasy burger,” said one panelist. “This has a floral thing going on,” one panelist said. She was also struck by its “beachy” aroma, “like a sea breeze.” A fruity hop finish that “lingers just right” made this a quick favorite. “It’s a little fruity, but doesn’t hit you over the head with it,” one taster said of this brut IPA’s tropical passionfruit aroma. “Nice color, nice body, good flavor mid-palate — this is a top contender,” said another panelist. “I could drink this alone or with food.” It also has a gradual, nuanced finish that one taster described as “excellent.” This ale’s citrusy, herbal, and lemongrass aromas transported one taster to a summer barbecue. Light yet flavorful like the best kind of session IPAs, “the flavor is not compromised at all,” another panelist said. “Wow, this is good. This is really good,” one taster, who is a hazebro, concluded.