Mexican-style lager, or those beers made to replicate Mexican favorites like Corona, Modelo, Pacífico, Tecate, and more, is a difficult category to define. On one hand, there’s no official distinction between an American lager and a lager made with the same or similar ingredients, only with Mexican brewing history in mind. On the other hand, Mexican lagers are one of the most enjoyed beer styles by American drinkers. At last count, the top 10 best-selling beers in America saw Corona Extra and Modelo Especial at Nos. 5 and 6, respectively.

At their corn-flavored core, Mexican lagers are crisp, refreshing, and repeatable. In terms of ingredients, most feature flaked maize (corn), along with pilsner or Vienna malt; and German noble hops for a spiced, balancing bitterness. They’re made to drink cold, and quickly, often benefiting from a squeeze or two of lime to add a zesty edge. That leaves the main difference between these lagers and U.S.-brewed Mexican-style lagers: geography.

As VinePair’s lager-loving editors began preparing for this tasting (in March — we needed it), we set a goal to find as many Mexican-style lagers as possible that are available for distribution in some states, and that we haven’t tasted and ranked before. (For those we had tasted and ranked, such as Ska Mexican Logger, 21st Amendment El Sully, and Lone Tree Mexican Lager, this year we tasted and thanked.) Then, lime wedges in hand, we ventured into the great unknown of Mexican-inspired craft beer brands.

What we found was more flavor and brand variety than years past, from catchy names and label designs to curious collaborations that ultimately impressed. We’re also seeing more craft brands incorporate lime flavor into their brews for a built-in approach — a much-appreciated addition in almost half of the beers below, though we find it’s almost always better (and more fun) to slice and squeeze some fresh lime, too.

Overall, our tasting gave us a broader perspective of what American-brewed Mexican lager can be, and a lot to be excited about drinking for the remainder of 2021. Read on for the 10 best Mexican-style lagers we’ve tasted so far this year — and see the best Mexican-style craft lagers of 2019 here. Remarkable for its similarity to a mass-produced macro lager, but with a bit more hop flair, A Plethora of Piñatas is a rooftop sipper, party pounder, backyard beer for Colorado summer sports. The name is a reference to the 1986 comedy Three Amigos, and the can design reflects the picnic party vibe we’re all dreaming of this spring. Rather than a subtle squeeze of fresh lime, Great Lakes’ Mexican Lager comes in with Big Lime Energy. Think: Restaurant-style Tostitos Hint of Lime; tasty in the right setting, particularly for those who appreciate concentrated flavor. The setting? Beside a jar of chunky salsa in someone’s backyard. 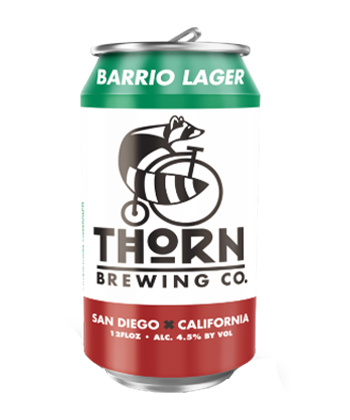 Soft and fluffy on the palate, with a slight “skunked” aroma, Thorn’s Barrio Lager performs its duty as a Mexican macro–inspired, dive–bar beer with a little more intrigue. Bearing striking similarity to Rolling Rock, it has an unusually bold body and pronounced grain flavor in comparison to other Mexican-style lagers. Zest is the name of the game for many Mexican lager brewers, but rather than hit Confetti with a whop of lime flavor, Rare Form let the ingredients sing. Brewed with corn and Zeus hops, both from New York State, this lager smells and tastes remarkably like corn chips or masticated Fritos. Sweet corn flavor is refreshed with an herbal note on the finish. 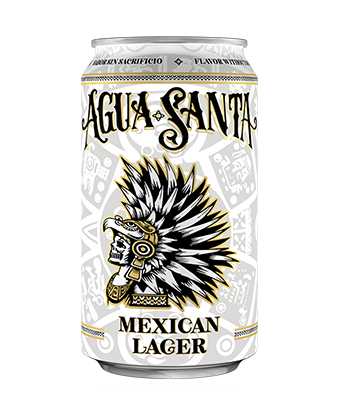 Calidad is a lifestyle brand that happens to be making beer. The crazy thing is, the beer is good — it has a fresh, floral aroma, slice of cornbread sweetness on the tongue, and finishes dry and refreshing as a desert morning. Or at least what we imagine that feels like. SLO Brewing’s Tío Rodrigo brand created this “Tortilla Chip Lager” (as the can denotes) with Taco Works, a family owned and operated company that’s been churning out mouthwatering tortilla chips for San Luis Obispo residents since 1976. Yes, the beer is actually brewed with tortilla chips, along with lime zest and natural spices. A whiff of lime on the nose sweeps into a crisp, refreshing lager with definite tortilla chip flavor on the finish. Fluffy and feather-light on the palate, this new-to-us beer has been brewed in some form since 1882. It starts with pleasant flavors of grain, notably corn and Cheerios, and hints of spicy Saaz-like noble hops. We found ourselves longing to pair this with Baja fish tacos, rice and beans, or a simple squeeze of lime. Slight sweetness and bitterness subtly play on the palate, and tight bubbles provide just the right amount of zest and palate-scrubbing refreshment. The answer to the original 805 (which is an ale), 805 Cerveza is a touch lighter in body and alcohol, as well as calories: It proudly pours in all its bubbly, golden glory at 110 calories per serving. More importantly, 805 Cerveza is brewed with lime for peak refreshment, making it a top Mexican-inspired lager on our list. Translating to “good cheer” or “good time,” Buenaveza is the craft Mexican lager we’ve all been waiting for. Clean, refreshing, crisp, with a pronounced lime flavor, this beer achieves that Corona-and-lime-level zippy tang without feeling flat. It was described by our tasters as “lazy river beer” “boat beer,” and all manner of “summertime beach beer” we could muster. Drink from the bottle to get the full effect — preferably outside in the wind and waves.