Guinness is a staple of beer-drinking culture around the world. The iconic Irish dry stout is sold in upwards of 150 countries across which nearly 2 billion pints of Guinness Draught are drained each year. For a brand born in 1759, there’s no doubt this stout has staying power. Yet there is a wide world of stout out there — a spectrum of smooth, easy-drinking dark beers that share many of Guinness’s best qualities.

To stay in the “sessionable” range, many milk stouts, oatmeal stouts, and nitro stouts of various profiles share a low to moderate alcohol level, slight sweetness, and smooth mouthfeel. The bold ones, along with lager-yeast-fermented friends such as German-style schwarzbier and Czech-style dark lager, are similarly low-ABV and roasty. Almost all the beers below sit between 5 and 6 percent ABV. Almost none of them use “pastry stout” adjunct flavors. Some are distributed locally, while many are available in larger areas and regions. And, most importantly, each of them offers a delicious derailment from the usual ho-hum beer that you order time and time again.

These are the 10 U.S.-brewed, delicious dark beers I’ve been drinking this season. If you’re one of those people who says they “don’t like dark beer” but have inexplicably made it this far into the article, I recommend — no, I insist — that you pick at least one to try, whether for St. Patrick’s Day or any old Wednesday night. 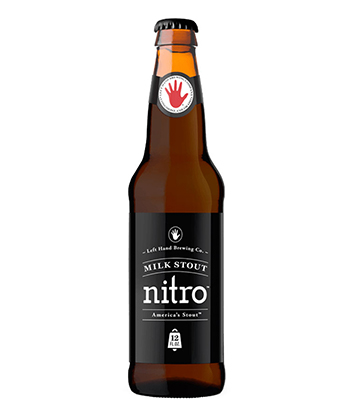 This classic craft brand introduced stout lovers to bottled nitro stout without a widget, meaning no plastic ball rattling around in the can scaring your parents. Cascading bubbles give way to a smooth, creamy texture with sweet chocolate and vanilla notes to complement the roasted coffee flavor. It’s topped with a marshmallow-fluffy head if it’s poured hard in a glass, which isn’t necessary to taste its deliciousness but definitely improves the experience significantly. This beer is available year-round but comes in a festive luck-of-the-Irish label for a limited time. Mother’s Milk is a New York State staple for those of us who sought out craft beer before hazy IPAs existed. Sweet and creamy, it has chocolate and espresso notes with a moreish finish. (That’s Irish English for “you’ll want more of it after you finish.”) 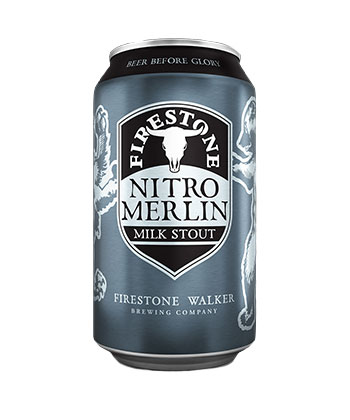 If you’re looking for that smooth nitro groove from a brewery that leads the way in stouts and other dark beer styles, look no further than Firestone Walker’s Nitro Merlin. Like other milk stouts on this list, it’s smooth, creamy, sweet (a touch), and a great way to experience that nitro feeling at home. It’ll take a little wizardry to find this one out in the world, but if you’re lucky, you can find it for delivery from Drizly, Minibar, Instacart, and Total Wine. Toasty, roasty, and dry, this smooth locomotor is named for the Old No. 38 steam engine that once chugged along through California’s Redwoods. Famed beer and whiskey writer Michael Jackson once described this beer as “possibly the best stout made in America.” North Coast calls this a “Dublin Dry Stout.” You decide. Schwarzbier often reminds me of s’mores, and this roasted barley black lager from Grimm fits the bill. Poured, it has a velvety head with a graham cracker tan. There’s a smoky campfire note on the nose, plus burnt marshmallow and cocoa notes, and the palate is a sticky, ashy, chocolaty sandwich of flavors that cling to the palate. But where it parts from the summer dessert is its finish, ideal for those who like their coffee black, and their dark lagers rich and bitter. Sapporo’s black lager is the grocery store buy that you’d pass by, had you not read this article. (Phew!) It’s not the sweet and creamy treat that other stouts on this list are, but it has a distinct black coffee note that’s ideal for drinking fast and cold, or splitting with a housemate. Oatmeal stout is a traditional English style that’s sweeter than an Irish stout, but not as sweet as a milk stout. East Brother Beer Co. delivers in its usual excellence with this take on the style. It starts with a roasty, nutty nose; feels light on the palate despite its creamy texture and chocolaty flavor; and has a malty, fruity hint of something lingering in its sessionable depths. 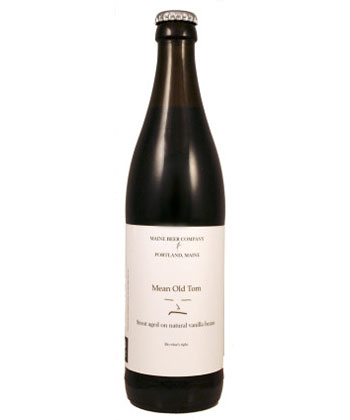 Roasted barley and chocolate malt give Mean Old Tom his brooding dark color, but don’t let his thin scowl scare you away. Flaked oats smooth out the sharp edges of his spirit, and its frown-flipping flavors of dark chocolate, coffee, and swirls of vanilla bean make this standby stout a modern classic. Looking at this label, there’s little doubt the resemblance to Guinness is intentional. (If it’s not, well, let’s chalk it up to “inspiration.”) It certainly caught my eye, but what kept me coming was its delicious Reese’s peanut butter cup milkshake taste, which is unexpectedly drinkable and not too heavy. Peanut butter stouts are about to be big, by the way, so be careful to check the ingredients if you have a nut allergy. Gunner’s Daughter sets itself apart with an unforgettable flavor — and because it somehow contains no nuts. 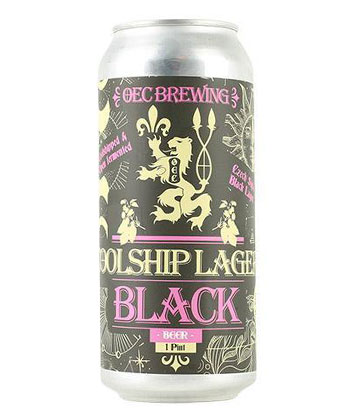 Undoubtedly the most unusual beer on this list, OEC’s Czech-style black lager is brewed with European roasted malts and noble hops, then undergoes an intricate and laborious process involving a coolship for just one hour before it’s fermented in open tanks and then cellared for several months before release. The result is remarkably intriguing: A pungent, fruity nose is followed by a mix of tart berry and chocolate roasty notes on the palate.