While hazy, intensely hopped IPAs, sugar-laden pastry stouts, and other appealingly extreme and unconventional brews fill the glasses and Instagram feeds of many beer enthusiasts, the majority of American drinkers still go heavy on light. That is, light beers from big brewers: Bud Light, Miller Lite, Coors Light. These cheap, mass-market lagers are among the best-selling beers in the United States each year. Armed with huge advertising budgets, they have conditioned generations of consumers to believe that insipid pilsner is the only path.

But, as we’ve explored in the recent past, craft brewers are attempting to wash away the stain of watery pale lager, increasingly producing light beers — not specific to one style, these beers are simply lower in alcohol content and calories — with plenty of verve and flavor. Reimagined, quality refreshers.

But combing through such choices from a field of more than 9,000 beer makers is no easy endeavor. To find the finest of craft light beers, we spoke to 12 brewers and lovers of the category around the country about their favorites — a few of which we think might surprise you.

The Best Craft Light Beers, According to Brewers: 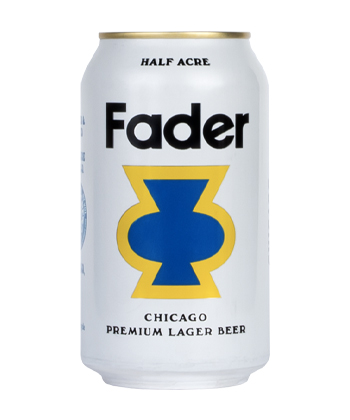 “I recently took my first trip to Chicago with my wife Kayla to meet some friends for a long weekend in the Windy City. Originally, my plan was to drink as much Daisy Cutter — Half Acre’s flagship pale ale — as I could get my hands on, but the real prize when we visited the brewery was discovering Fader. Fader is crisp, clean, and, in my opinion, the benchmark for a true American lager. Being from the land of Old Style, Fader harkens back to those old-school American lagers that brewers always seem to go back to. I rank this one pretty high on my slammability index and can confirm after the second one, they go down damn near like water. I can’t wait to visit Chicago again and enjoy copious amounts of Fader in one of the most gorgeous taprooms I’ve ever seen.” —Brett Reid, co-owner and brewer, Alga Beer Co., Pensacola, Fla. 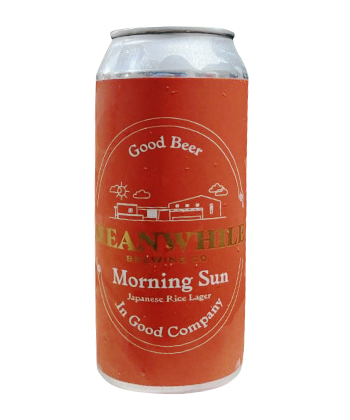 “Meanwhile Brewing in Austin, Texas, has made one of the tastiest light-bodied lagers I’ve had in a long time. Morning Sun is a Japanese rice lager that amazes in its delicacy and beauty. It’s brewed with a base of German pilsner malt and a healthy percentage of jasmine rice. While this isn’t a revolution in beer making, it showed me the depth of flavor and complexity adjuncts can provide in developing unique lagers. Vibrantly crispy and refreshing, it shows herbal citrus tones and a slight woodsy spice with a dry, snappy finish. Wish this was a year-round brew!” —Michael Messenie, founder, Dutchess Ales, Wassaic, N.Y. “A light craft beer I’ve been crushing on lately — pun intended — has been Human Robot’s Hallertau Pils. I had the pleasure of visiting the Philly brewery’s taproom for the first time a few weeks ago and left stunned by their devotion to lager and thoughtfully executed craft beer. This lager has everything you want in a German pils: crackery malt, floral-herbal hops, and crisp bitterness. If you can get your hands on this or any other beer of Human Robot’s, do it.” —Nikki Johnson, brewer, Jailbreak Brewing Company, Laurel, Md. “Like most people in the industry, I drink my fair share of American light lager. But I still try to support independent breweries even when I want something to cut the dust, so the rise of craft taking on the task of doing ‘big beer but better’ is exciting. One of my favorites is from right up the road in Portland: Number 6 by Wayfinder Beer. While Kevin Davey may be more known lately for his use of adjuncts in Cold IPA, it is Number 6 that first captured how well he uses them to add and elevate a style. It’s dry, crisp, and has just a touch of noble hop character in the finish, which makes it incredibly refreshing but also makes you crave another immediately. Overall, it’s incredibly well crafted and you can tell it means a lot to Kevin and his crew while also at the same time is not meant to be dissected and fussed over. Number 6 is the perfect beer for drinking straight from the can on summer afternoons that end up leading into evenings. The days we spend with friends, playing with our dogs, and grilling on the back deck. Luckily for me, Kevin and his partner Lisa Allen live close to the brewery, so I can attest that is exactly what we’ve done multiple times — and each time, when it’s available, ice-cold cans of Number 6 are what we pull out of the cooler.” —David Sanguinetti, co-founder, ForeLand Beer, McMinnville, Ore. 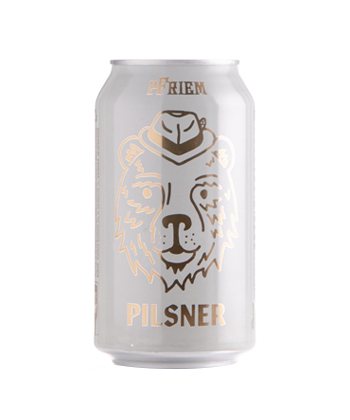 “A beer that lends itself to drinking all day while still packing an incredible amount of flavor and depth is a beer worth seeking out. pFriem Pilsner does just that, with delicate and nuanced hop and malt flavors of flowers, honey, and citrus. At 4.9 percent ABV, this lager tempts you to come back sip after sip with a firm bitterness and crisp minerality.” —Carey Fristoe, owner and head brewer, Black Spruce Brewing Company, Fairbanks, Alaska “I’ve been really enjoying all things British ale lately, be it brushing up on British pub culture history, diving into historical recipes, or enjoying a bitter, mild, or pale ale at the end of the day. Forest & Main in Ambler, Pa., makes quite a few beers in this vein, but the brewery’s Mild has to be my favorite that I’ve tried. It’s light on the palate but has waves of malt notes that remind me of toasted pumpernickel and nutty coffee. Plus, with its fairly dry finish, restrained carbonation, and subtle minerality, it welcomes you to take another sip (or order another pint) and doesn’t leave you feeling bloated. While it may not be your typical ‘light beer,’ at a mere 4 percent ABV, I think it nails what many of us set out to do when creating a session beer: create enough flavor to keep things interesting in a low-ABV package you can enjoy all night and not regret it the next day.” —Josh Skinner, head brewer, Selvedge Brewing, Charlottesville, Va. “Beer is all about rhythm and balance. Whether you introduce your palate with a gentle sip or a thirst-quenching swig, your drinking vessel tends to find its way to a contemplative location in front of you and the stopwatch starts. How long does it sit until you need a reminder of what, just moments ago, you were so intrigued by? How long does it take to really get to know your new friend? The rhythm of the pint is so intriguing. Most of that rhythm is governed by, for me, balance. Bitterness presents itself much differently in a 10 percent ABV-plus beer than a 4 percent. I find a beautiful rhythm and balance in Wiseacre’s Japanese rice lager, Irusu. At 99 calories per serving, it’s impressive the amount of rice that comes to the forefront of the beer. A nice balance of bitterness continually brings you back to enjoy the nuanced flavors of Lemondrop hops. With drinkability to boot, Irusu performs a gentle sonata in continuous reprise. I find myself in Wiseacre’s downtown taproom a couple times a month enjoying Irusu while I wait for my pizza to take back to my own taproom.” —Ryan Allen, co-founder and brewmaster, Soul & Spirits Brewery, Memphis, Tenn. 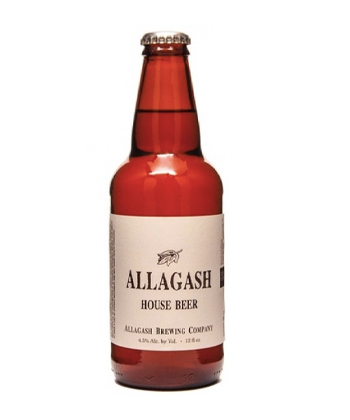 “Lagers typically get all the love when talking light beer, but for my money, Allagash’s House Beer is the choice if I want to crush some craft. Dry and crisp with subtle citrus hop notes, it’s pretty close to perfection, and the fact that you can only get it at the source makes the beer taste that much better. Allagash is a must-stop any time we head north to Maine, and I always make sure to have my wooden crate in tow to refill with fresh House Beer.” —Jay Bullen, owner and brewer, Brewery Silvaticus, Amesbury, Mass. 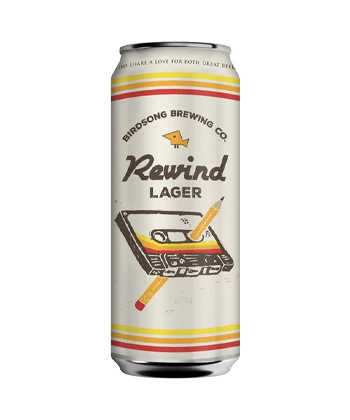 “I would have to say Rewind Lager from Birdsong is one of the best craft light beers around. Inspired by traditional Czech pilsners, Rewind Lager is a classic, straightforward, sessionable beer brewed in Charlotte, N.C., using locally sourced ingredients. I remember when I had it for the first time and loved how well balanced, crisp, and clean this beer tasted. This is one of the best craft light beers to drink, especially during the warm summer months.” —Dan Wade, co-founder and director of brewery operations, Wooden Robot Brewery, Charlotte, N.C. “Russian River Brewing is easily most known for its hoppy beers such as Pliny, both Elder and Younger, as well as barrel-aged sours like Beatification and Supplication. However, the California brewery’s Velvet Glow helles lager is the beer I stock up on every time I can find it. It’s probably the beer I recommend to people most. It’s easily my desert island beer, meaning if I am stranded on a desert island and I can only have one beer, this is the beer I’d choose. Velvet Glow is clean and crisp, a bright straw color, has flavors of bread and mildly sweet biscuit, and a slight lemongrass aroma. Overall, it’s a damn good, refreshing, and easy-drinking beer that is made with the excellence in craft Russian River Brewing is known for.” —Alayna Mills, brewer, Revision Brewing Company, Sparks, Nev. “Barry Chan and his team at Lucky Envelope are making some of the best lagers in the Northwest. L.E. Lite is one of my personal favorites and is everything a light lager should be: clean, crisp, and simple in the best possible way. Simple and clean are virtues that often get overlooked by the beer crowd, but this shows how beautiful simplicity can truly be.” —Nick Ladd, co-founder, Ladd & Lass Brewing, Seattle “A quintessential German-style pilsner that has all the flavor to keep me coming back pint after pint, but doesn’t need to shout to get your attention, is Austin Beer Garden Brewing Company’s Industry Pils. The ABGB does a phenomenal job of getting the bright and floral hop chapter to perfectly round out the crackery maltiness and keep it ultra crisp. As the sign at the brewery says, ‘PILS! PILS! PILS!’” —Charles Hall, head brewer, Brieux Carre Brewing Company, New Orleans “This is a really hard question for me to answer personally because of my love for lighter-style beers. But when I think back over the years, there’s a brewery that comes to mind, and that’s Live Oak, in Austin, Texas. During my visit, I drank through the entire list with the brewer, and every single beer sampled was incredible — particularly Gold, the brewery’s German-style pilsner. It’s clean and crisp, with authentic malt and hop flavor. The temp was over 90 degrees when I arrived in Austin, and I knew that a good cold lagerbier would satisfy me. Gold delivered that and much more, a lasting memory of great hospitality and execution. Massive props to this brewery for brewing so many classic styles to spec and serving them properly.” —Pat Alfred, co-owner and brewer, Cantina Cantina, Peconic, N.Y.