As a wine drinker, you’re already familiar with the Napa Valley, Sonoma, and the Willamette Valley. But Monticello, Shenandoah Valley, and Middleburg? These regions may not be household names just yet, but many believe that the time is ripe for Virginia wine to stake its claim.

Known as the birthplace of wine in America, the state has a significant place in American wine history. Around 1620, shortly after English colonists settled Jamestown, each male colonist was required to plant and tend 10 grapevines. Nearly 150 years later, after it was shown that Virginia could produce wine, Thomas Jefferson set aside 2,000 acres near his Monticello estate to plant a vineyard. Jefferson proved to be the country’s first real champion of wine, despite unsuccessfully producing any himself.

Virginia is the country’s fifth-largest producer of wine, but unlike other large American wine regions, it doesn’t have the widespread reputation or distribution needed to bring its many acclaimed wines to a broader public. Much of the wine produced from Virginia’s 312 mostly family-owned wineries tends to stay within the region, sold through tasting rooms, via winery websites, and in regional restaurants and retail outlets.

“In the mid-2000s, there were just a few Virginia wines on my list and they were really hard to sell,” says Erin Scala, beverage director at Common House, based in Charlottesville, Va. “Now that’s completely flipped on its head. In 15 years, so many people now ask for local wines. There’s so much consumer demand for it.”

When pioneering viticulturist Lucie Morton planted vines on her family’s farm in 1973, the state claimed zero wineries and just 50 acres of wine grapes. Today, Virginia has more than 4,000 acres planted and produces wines from more than two dozen varieties. World-famous wine grapes such as Chardonnay, Cabernet Sauvignon, Sauvignon Blanc, and Merlot are joined by lesser-known workhorses like Tannat, Cabernet Franc, and Petit Manseng.

It took people like Morton and other pioneering vintners such as Italy’s Zonin family — which purchased Barboursville Vineyards in 1976 — and Jim Law at Linden Vineyards to learn through experimentation which grapes can truly thrive within the state. These days, Virginia isn’t trying to chase wine regions in other parts of the country or the world. Instead, it’s forging its own path.

“Virginia is unabashedly American; it’s not trying to be anyone else,” says Brooklyn-based wine consultant Lee Campbell. “People are taking these grapes and applying them to their terroir. They’re not trying to make Cab Franc like Chinon, or Albariño like Rías Baixas. The wines are juicy, fresh, and of-the-moment, but still classic.”

Why? Virginia’s climate and landscape are incredibly varied, stretching from the shores of the Atlantic to the foothills of the Blue Ridge Mountains. The state is home to eight American Viticultural Areas (AVAs), including Middleburg, the state’s fastest-growing appellation, located 50 miles west of Washington, D.C.; and Monticello, near Charlottesville, Virginia’s oldest AVA.

To say that winemakers have had to experiment with fickle growing conditions would be an understatement. With its maritime climate, Virginia gets plenty of moisture and humidity, thus begging for hardy grapes that can stand up to the often-unpredictable conditions. That results in some pretty lively wines.

“Our expressions of Cabernet Franc tend to be generous with fruit, softer in tannin, and not as marked by bell pepper as cooler regions. Yet they are aromatically dense and detailed,” says Early Mountain winemaker Ben Jordan. “For Petit Manseng, Petite Verdot, and Tannat, Virginia’s climate and soils seem to tame the wild characters that make them more challenging in other regions, even where they’re traditionally grown.”

Jeff White, owner of Glen Manor Vineyards, says the Virginia wine industry is still quite young and can afford to experiment with a variety of grapes. Over time, he adds, the list may get narrowed to the point where different regions will specialize in particular wines. “Every variety needs to be matched with a site,” White says, and he isn’t alone in that sentiment.

“If you’re looking for wines that speak to a sense of place, of where the grapes were grown and who the wines were crafted by, look no further,” says Rachel Stinson Vrooman, winemaker at Stinson Vineyards. “Our grapes reach phenolic ripeness at lower sugar levels than, say, California. Because of this, we are able to express more delicate floral and herbal complexities that would be lost in riper fruit.”

While Virginia is still making a name for itself outside the state, many believe that now is the time to explore Virginia wines.

“The quality level is as high as anywhere in the country,” says Andy Chabot, vice president of food and beverage at Blackberry Farm in Walland, Tenn. “It’s about trying new and interesting things. It’s about getting in at the ground floor. And it’s about expanding your wine knowledge. The regions of the wine world are changing.”

And that includes Virginia. This wine will win you over with robust aromas of violets and cherries, then steal your heart with its elegance, spiciness, silky mouthfeel, and balance. You won’t want this bottle to end. Average price: $38 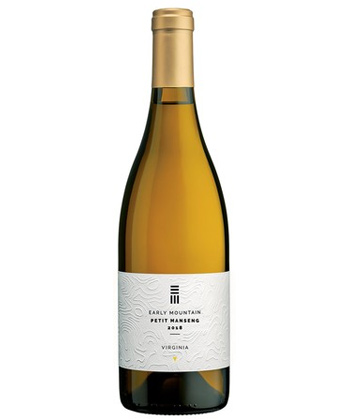 This French white grape variety thrives in Virginia, and Early Mountain offers a great example of its capabilities. Tropical notes and citrus lead to a slightly tart, creamy mouthfeel, followed with notes of honey and wet stone. The wine has beautiful acidity and minerality. If you like Spanish Albariño, you’ll love this. Average price: $28 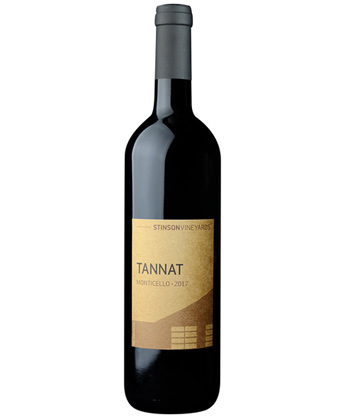 Native to France, Tannat thrives in Uruguay and Virginia, likely due to the maritime conditions in both locales. This small-but-mighty family-owned winery makes a killer, bold Tannat with dark fruit, nice structure, and rusticity. Average price: $36 Cab Franc has proven to be a high-quality star in Virginia and this one, from Jeff White, one of Virginia’s most respected winemakers, is a standout. The wine displays red and black fruit, along with tannins that are present but not overpowering. Average price: $32 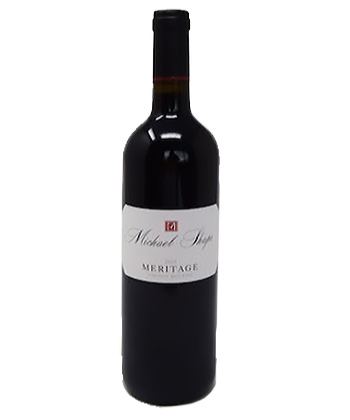 A classic example of a robust Virginia meritage from one of the state’s most acclaimed winemakers. A blend of Shaps’ best Bordeaux varietals, led by 45 percent Merlot and 28 percent Petite Verdot, this offers raspberry, blueberry, licorice, and violet with a lovely medium body, nice acidity, and a long finish. Average price: $50 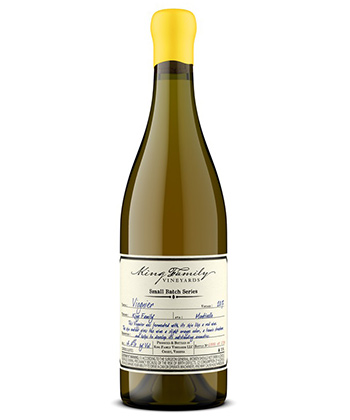 King Family has a fantastic reputation for its reds, but if you’re a fan of skin-contact whites, you don’t want to pass this up. With an aromatic nose including orange peel and black tea, the wine offers a nice tannic structure and sharp acidity, along with orange and pear notes. Average price: $28