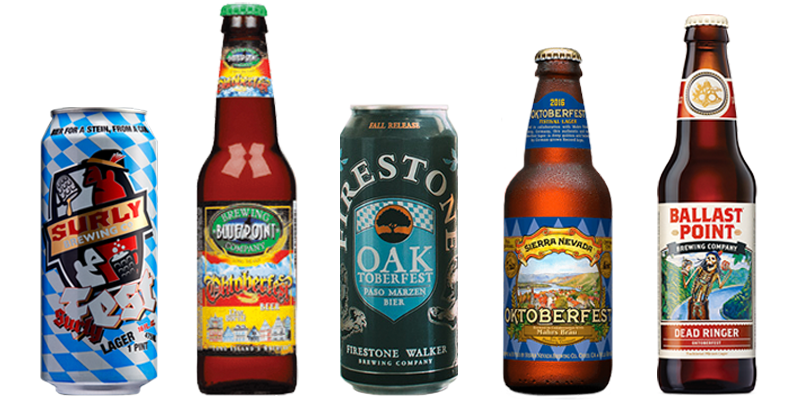 There is no bad time to be a beer drinker. Sure, there are a few less-great times to be caught in the physical act of drinking a beer: when you’re washing the day’s filth from your various hairs, appendages, and crevices (shampoo makes for a terrible shandy); while writing your rent check (why sully beer’s good name by associating it with your thieving-ass landlord?); when hiding in the walk-in cooler at your shitty amusement park job (severely compromised that summer’s video game budget). But I’m talking about more of a big-picture way. It’s good to be a beer drinker when you’re traveling and when you’re sick and when you’re celebrating, for instance, and it’s downright glorious to be a beer drinker in the sawed-off season that links Labor Day to Halloween.

This time of year puts me in such a good mood that it’s barely even a chore to pretend to respect pumpkin beer. But today we’re going to take the easiest possible route and focus instead on not-even-forced appreciation for märzen, the late-summer/early fall seasonal that’s long fueled Munich’s Oktoberfest (which starts this Saturday) and has lately been enjoying a resurgence in America. Presented below are eight of the best domestic renditions of the Bavarian classic. 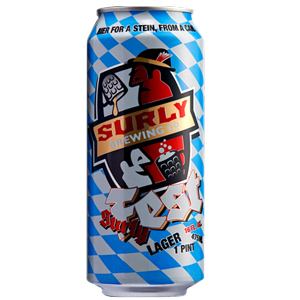 Surly’s website prominently declares that this is “Not a German-style Oktoberfest beer,” and the three kinds of rye and the Sterling dry-hopping do indeed set it apart, though the sweet malt character is not completely lost. It’s joined by floral lemon flavor and what tastes like black pepper that’s been stored in a repurposed crushed red pepper flake jar. Sure, it’s disappointing that the nation’s foremost flavored IPA peddlers don’t commemorate the season with a Bratwurst Sculpin, but Dead Ringer will do nicely in its stead. It’s hoppy for the style, but not to the extent one might reasonably expect from a San Diego brewery, with dark fruit, caramel, and light coffee flavors predominating. The extra alcohol is very well masked in this straightforward märzen that showcases the sort of beer Berkshire does best. It’s earthy and spicy, with a bit of black pepper and chocolate. It stands to reason that a 29-year-old Wisconsin brewery would excel at a traditional old-world style. Last year I swore I tasted a faint pumpkin spice aroma, but in retrospect that terror was probably coming from inside the house, as no such aberration marred my appreciation of the 2016 model, which is heavy on the toffee, with a good bit of biscuit and a touch of pine. Every year Sierra Nevada partners with a German brewery for an Oktoberfest collaboration. Last year it made a beautiful beer with Brauhaus Riegele, and the new version, brewed with Bamberg’s Mahrs Bräu might be even better. It’s got a resinous streak, sure, it’s a Sierra Nevada beer, and also a bit of tangerine along with slightly spicy, bready caramel malt. This is one of the more faithful American märzens I’ve tried, with more subdued hop character than its domestic peers, even if it might have a bit more bitterness than you’re likely to find in Munich. It’s got rich toffee and caramel flavors supported by dark fruit and a touch of lemon, and since Blue Point is owned by Anheuser-Busch, it should be easy to find. I was livid when the runaway success of Firestone Walker Pivo Pils crowded Oaktoberfest off the lager schedule last year (it was distributed draft-only in California, but that DOESN’T COUNT). But it’s made amends by releasing pint cans of Oaktoberfest far and wide in 2016. The name honors the brewery’s hometown of Paso Robles, which means “pass of the oaks” in Spanish, and the beer honors tradition, with sweet, honeyed malt in the foreground and a moderate but effective noble hop character setting the edge. Jack’s Abby makes lager exclusively and is best known for its hoppy, sour, and roasted beers. But this fall seasonal proves Jack’s Abby is also at the head of the class when it comes to more conventional approaches. Which is not to say there’s anything basic about Copper Legend — American drinkers will recognize it as a German-inspired lager, but they’ll also be impressed by a richness and complexity that have been regrettably disassociated from our general experience with such beers. It’s by turns nutty, floral, and chocolaty, and I can’t recommend it highly enough.