Nestled in Calistoga, Calif., Schramsberg Vineyards is known primarily for its sparkling wines. The brand, founded by Jacob Schram in the 1800s, has undergone many changes over time. Since 1965, it has been owned by the Davies family, which has made the brand and its property what it is today.

With four different vineyards and over 30 varieties of wine, Schramsberg is a force in the Napa Valley wine world. But there’s still plenty you don’t know about the bubbly brand. Read on for 12 facts you should know about Schramsberg.

Schramsberg is one of Napa’s most historic wineries.

Schramsberg has been around since 1862, and was declared a historical monument by the California Historical Society in 1957. In 1965, after the winery was purchased by the Davies family, Schramsberg began making sparkling wine and was the first winery to use Chardonnay commercially in American sparkling wine. The brand continues to be one of the most well-known sparkling wine producers in the Napa Valley.

Schramsberg is all about preservation.

When owners Jack and Jamie Davies purchased the 200-acre Schramsberg property, they chose to preserve what was already on the property, rather than tear it down. The husband-and-wife duo restored the house that had been built by Jacob Schram, the brand’s first owner, in the 1800s — and kept 155 acres of forested land intact, using the remaining 43 for winemaking.

Beyond the property, Jack Davies continued to support environmentalism in the Napa Valley, serving as chairman of a committee that supported the creation of the Napa Valley Agricultural Preserve in 1967. Schramsberg was also one of the first wineries to receive the Napa Green certification, a certification awarded to wineries using sustainable wine-growing practices.

Though Schramsberg is best known for its sparkling wines, the brand was founded on still wines. However, when the Davies’ first purchased the winery, they only produced sparkling varieties. In 2000, Hugh Davies, son of Jack and Jamie, took over as head winemaker, later becoming CEO and president of the company. Under Hugh’s helm, the brand began producing still wines in 2011. The brand now produces site-specific Napa Valley Cabernet Sauvignons, as well as Pinot Noirs from the Napa-Carneros, Sonoma Coast, and Anderson Valley regions. The brand sources its Pinot Noir and Cabernet Sauvignon from grape growers across the state of California.

Schramsberg rosé can save the world.

In 2003, the Davies family established the Jack L. Davies Fund, which supports research and education for the preservation of agricultural lands in Napa County. A portion of the proceeds for the brand’s Querencia Rosé goes toward this fund.

Schramsberg feels at home at the White House.

In 1972, Schramsberg Blanc de Blancs 1969 was the wine served at the state dinner in Beijing for President Nixon’s “Toast to Peace” with China’s premier, Zhou Enlai. The brand’s sparkling wines have been served at official state functions by every U.S. presidential administration since then.

There is a Schramsberg bottle for every occasion.

Schramsberg offers a large selection of bottles at a variety of price points. Looking to splurge? An ultra-magnum bottle of Schramsberg Blanc de Blancs goes for a cool $1,400. The brand’s standard-sized bottles range from $29 to $175.

Schramsberg ages and stores its wines in historic caves.

These caves were built over four periods. The first set was built by hand and completed in 1870 by the first owner, Jacob Schram, with the help of Chinese laborers. The second portion was completed in 1888, was also dug by hand, and is located by the winery’s visitor’s center. In 1980 and 1990, the caves were expanded, this time using modern cave-digging equipment. Currently, Schramsberg Vineyards has approximately 34,000 square feet of underground cave storage on its property.

The brand sells its bottles in six sizes. If you’re looking to have a glass or two, it the sells half bottles of its Blanc de Blancs. It also sells traditional 750-milliliter bottles, as well as four large format sizes: 1.5-liter, 3-liter, 9-liter, and even 12-liter bottles (over 26 pounds!).

You can camp with Schramsberg.

Schramsberg holds three-day sparkling wine excursions at its Napa Valley winery, which it refers to as “Camp Schramsberg,” in the fall and spring. The experience entails hands-on education about how sparkling wine is made. Campers prune vines, blend wines, create sparkling wine menus, and, of course, drink lots of Schramsberg sparkling wine. The next session is scheduled for September 12-14, 2021.

Schramsberg primarily uses Chardonnay and Pinot Noir in its sparkling wines. However, the brand also uses a third grape variety in one of its offerings, the Crémant Demi-sec, an off-dry sparkling wine. For this wine, Schramsberg uses Flora, an obscure cross between Gewürztraminer and Semillon. Schramsberg is the only major U.S. producer that works with the grape.

You can personalize your bottle of Schramsberg.

Looking to pop some bubbly with a little extra pizazz? Schramsberg will let you etch a personal note and design into its 2017 Blanc de Blancs, 2011 J. Schram, and 2011 Reserve. And if you’re in the “bigger-is-better” camp, you can even personalize Schramsberg’s magnum bottles for good measure.

On Schramsberg’s website, bubbly lovers can purchase branded sabers, which are made from stainless steel and sold for $145. A variety of quirky, considerably less intimidating items include Schramsberg scented candles, license plate frames, and garden stakes donning a wine-drinking frog, a nod to the statue located in the winery’s frog pond. Schramsberg Vineyards Mirabelle Brut Rosé NV:
Schramsberg is one of the most storied sparkling winemakers in California. Since 1972, starting with the Nixon administration, foreign ... 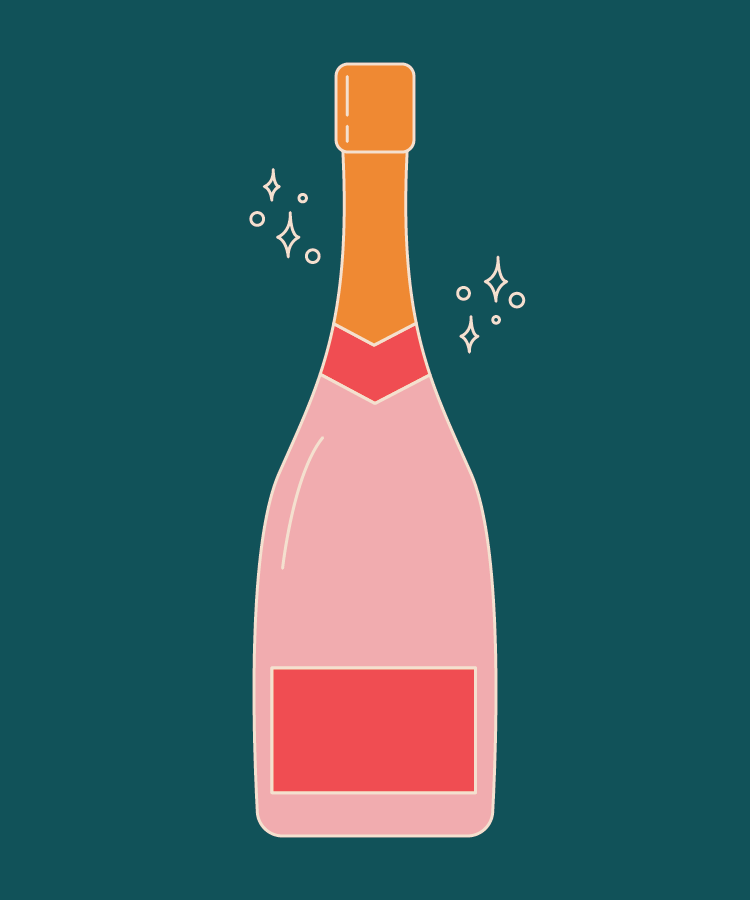 Schramsberg Brut Rosé NV:
This wine smells like strawberries dusted with sugar and a few raspberries. It shows depth and refreshment at once. The core of fruit is ...

Schramsberg Mirabelle Brut Rosé NV:
This wine smells like strawberries and sugar. The bubbles are subtle yet present, heightening the ripe fruit. It’s a great bottle for a ... 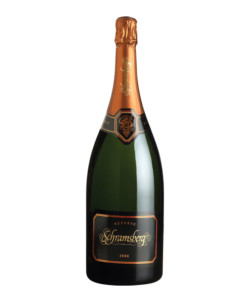 Schramsberg Reserve Magnum (1.5L) 2011:
All kinds of awesome aromas escape the dizzying mist of effervescence as the wine breathes in the glass. You’ll smell hints of lean ...