Made on Tuscany’s Maremma coast, Super Tuscan wines showcase French grapes — a notable break from Italian tradition. Three estates, each founded by members of the Antinori family, pioneered the category. With 26 generations of winemaking history, the Antinori family holds one of the oldest lineages in the global wine industry.

Here are seven more things you should know about Ornellaia.

In 2005, Axel Heinz took the position of senior winemaker at Ornellaia. Born in Munich to a French mother and German father, Heinz studied oenology in Bordeaux, where he then started his winemaking career.

The company’s list of owners and winemakers is a who’s who of wine.

High-profile names have been involved in Ornellaia’s production since its first vintage. Robert Mondavi acquired a minority stake in the estate in 1999, and then gained full ownership in 2001. Between 2002 and 2005, Mondavi co-owned the property with the Frescobaldi family. The Frescobaldis, another Italian family with more than 700 years of winemaking history, bought Ornellaia outright in 2005.

On the winemaking side, internationally renowned wine consultant Michel Rolland, also known as the “flying winemaker,” has acted as a consultant for Ornellaia since 1991.

Ornellaia produces one of the world’s greatest Merlots.

Though produced and sold as a separate entity from Ornellaia, Masseto is arguably the estate’s most sought-after wine. Made entirely from Merlot, its grapes come from the 17-acre Masseto vineyard first planted by Antinori in 1984. The single-vineyard bottling has become a collector’s item, regularly fetching over $1,000 at auction. Bottles average more than $750, according to Wine-Searcher.com.

The proximity of Ornellaia’s vineyards to the Tuscan coast is vital for maintaining acidity in the grapes. During the sweltering summer months, the Tyrrhenian Sea moderates temperatures, providing cooler nights essential for slowing ripening.

Ornellaia’s vineyards are planted at medium-high density of around 12,000 plants per acre. The idea is that forcing the vines to compete with one another for water and nutrients increases the quality of the grapes, while keeping the vines small and allowing only a few bunches to grow per plant helps produce concentrated grapes.

Planting at this density is risky in Tuscany because of the low levels of rainfall during the growing season. Crucially, the estate’s vineyards are planted on soil that contains a lot of clay, which effectively holds water.

In May 2009, Ornellaia started the Vendemmia d’Artista project, through which the estate collaborates with different contemporary artists every year on a bottle label and other works of art. Designs are inspired by a single word chosen by the winemaker to describe the vintage.

There’s one bottle with the special label in each wooden case of six 750-milliliter bottles Ornellaia sells. The estate also produces more than 100 larger-format bottles, with labels signed by the artist. Some are available for sale, but others are reserved for auctions benefitting arts charities. 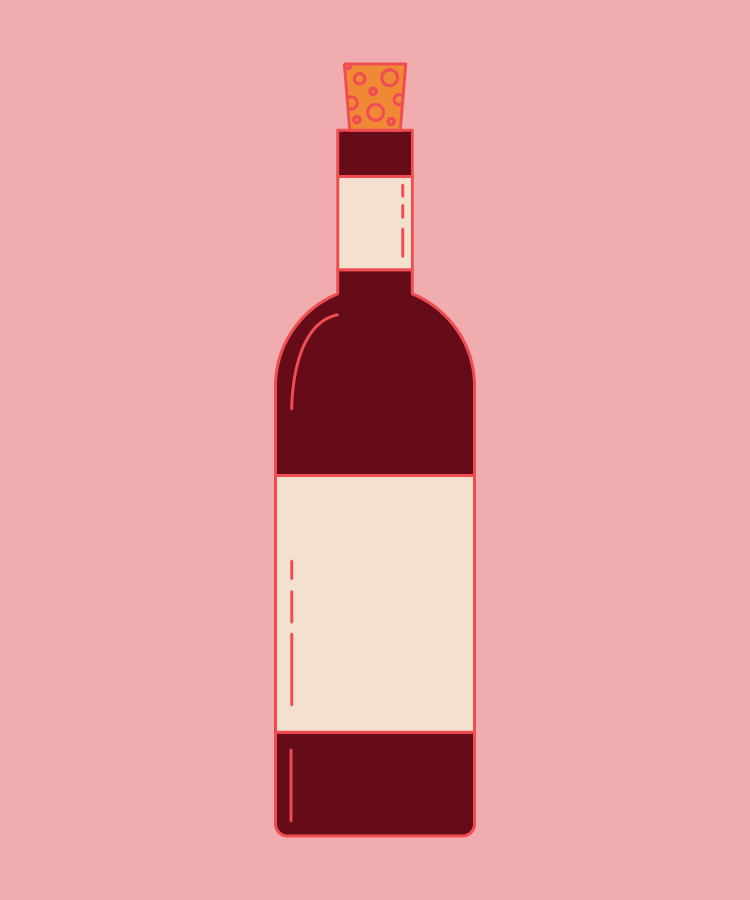 Ornellaia 'Le Serre Nuove dell'Ornellaia' Bolgheri Rosso DOC 2015:
A big ol’ Super Tuscan wine for a big ol' juicy steak. This is one of those splurge-y wines you get at a steakhouse or a focused intimate ... Ornellaia 'Le Volte dell'Ornellaia' 2015:
The third label from a top Super Tuscan producer, this blend is elegant but youthful, leaving some complexity to be desired. Fresh black ...