When it comes to whisky, it doesn’t get more classic than Old Forester. Based in Louisville, Ky., Old Forester has been known and loved by Americans for generations, and is consistently praised by aficionados for its great-value bourbons and ryes. The veteran brand knows how to keep things fresh, however, and consistently integrates itself into celebrations both big and small.

Keep reading to learn more about the distillery that changed the American whisky game forever.

Though many whisky brands claim to be “old,” Old Forester is the real deal. Established in 1870, Old Forester is the longest-running bourbon brand in the United States. Since its inception, it has never gone out of production — continuing to make bourbon even during Prohibition.

Old Forester’s founder, George Garvin Brown, is the mastermind behind every traveling drinker’s favorite invention: bottled bourbon. In 1870, Brown became the very first to sell bourbon in bottles rather than barrels.

Old Forester is part of a famous family.

Old Forester is owned by Brown-Forman — co-founded by Garvin Brown and his friend George Forman. Brown-Forman is now one of the world’s largest spirits companies, owning many other major spirits brands, including Jack Daniel’s and Woodford Reserve.

Its founder thought bourbon was the best medicine.

Before founding Old Forester, George Garvin Brown was a pharmaceutical salesman. In line with his medical background, Brown named the brand after a Civil War surgeon, Dr. William Forrester, and initially sold the whisky as a medicinal product.

Old Forester celebrates birthdays in style. Since 2002, Old Forester has released a limited-edition “Birthday Bourbon” on Sept. 2, George Garvin Brown’s birthday. The 2020 edition of this whisky was bottled at 98 proof after being aged for 10 years. Bottle hunters search far and wide for the yearly expression, but it’ll cost them. On the secondary market, the bourbon is currently being sold for almost $1,000.

The brand deems itself the official Mint Julep bourbon, making it a favorite to drink with crushed ice in pewter cups. Old Forester loves the cocktail so much, it even offers a 60 proof Mint Julep whisky expression perfect for mixing the classic cocktail.

It’s a key ingredient in your favorite seasonal brew.

Old Forester knows that slow and steady wins the race.

When the 2020 Kentucky Derby was postponed due to Covid-19, Old Forester kept the party going by reviving an old tradition. This past May, the brand held a Kentucky Turtle Derby, a turtle race on which viewers could place bets on one of the eight competing animals. The turtle race had not been held since 1945, when the Derby was postponed due to World War II. Those interested in watching can view the event on the brand’s YouTube page.

In 1941, weeks before the attack on Pearl Harbor, Old Forester released high-proof alcohol to be converted into gunpowder. The distillery later became a self-proclaimed “total war plant,” as it was first to convert its entire production to industrial-grade alcohol.

Old Forester wants you to eat your bourbon.

The brand has hopped on the bourbon food trend, offering a collection of bourbon-infused confections. From bourbon chocolate truffles to the classic Kentucky candy Modjeskas, Old Forester aims to ensure that your bourbon experience is extra sweet. The brand also offers branded cocktail ingredients including bitters, tinctures, and syrups. Old Forester The 117 Series 1910 Extra Old:
Released in late February 2022, this is the third iteration of Old Forester’s exciting, limited-edition “The 117 Series.” This time ... 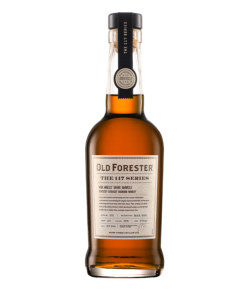 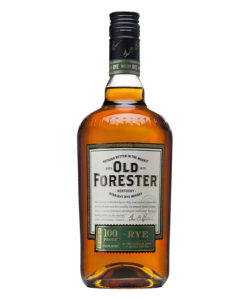 Old Forester Kentucky Straight Rye:
The mash bill for this whiskey is made up of 65 percent rye, 20 percent malted barley, and 15 percent corn. For a Kentucky-born bottle, ...