The most famous glass of the cocktail revival was named by a bartender and named after two famous cinematic spouses.

The souses were Nick and Nora Charles, the stylish fictional detective and his wealthy wife, who solved crimes in between belts. They began their life in print as the creations of novelist Dashiell Hammett, who put them at the center of his 1934 book “The Thin Man.” The Charleses first graced the screen that same year in the smash film version of the novel, which may feature more cocktails than any other movie in history. It was followed by five sequels, all starring the suave William Powell and sophisticated Myrna Loy.

The bartender who remembered Mr. and Mrs. Charles was Dale DeGroff, and the glass he lent their names to — arguably one of the most ubiquitous cocktail vessels in the world — is called the Nick & Nora.

If you serve cocktails or drink cocktails, it’s likely you know this glass. With its long stem, high-sided bowl, narrow mouth, and modest capacity (only five or so ounces), it radiates elegance. It is also the antithesis of the loud, wide-mouthed Martini glass that dominated the bar scene in the late 1980s, when DeGroff conjured the Nick & Nora into being.

In 1987, DeGroff, a former actor, was tapped by New York restaurant wizard Joe Baum to head up the bar at the newly reopened Rainbow Room. DeGroff put together a list of classic and forgotten pre-Prohibition cocktails. He then began to search for glassware that matched the style of libations he was offering. Cocktail glasses in the 1980s skewed large and conical; they were a far cry from the smaller, more delicate coupes that were the norm before Prohibition. To find what he was looking for, DeGroff turned to Minners Designs, a venerable old glass and silver house on Manhattan’s East Side. 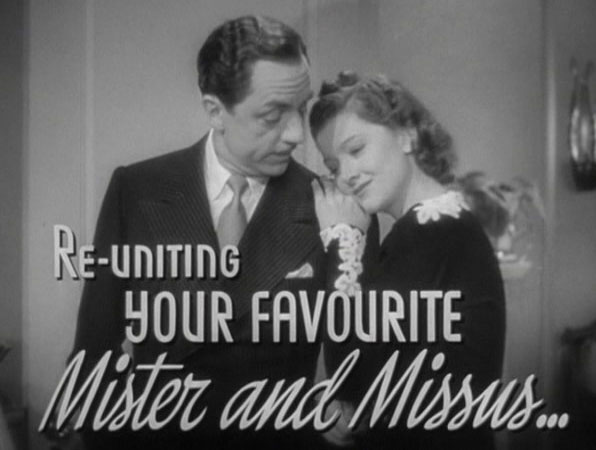 “I asked the salesperson for a cocktail glass like the one in the ‘Thin Man’ movies that Nick and Nora served their Martinis in,” recalls DeGroff. “He sent me to their 1930s catalog with the disclaimer that if I found a glass there it would mean making the molds, since all those items were long out of production. I assured him we would be fine with that.”

In the catalog, DeGroff found what he was looking for: a small glass called the “Little Martini.”

“I said, ‘This is it, the Nick and Nora glass!’” The coupe went into use at the Rainbow Room in 1987. Whenever DeGroff would re-order, he always referred to it as the “Nick & Nora glass.” The Minners staff knew what he meant. Years later, however, Minners sold some of their catalog items — among them, DeGroff’s beloved glass — to Steelite International, a much larger manufacturer of tabletop merchandise. When Steelite put it in its catalog, it called the former Little Martini glass the Nick & Nora. DeGroff’s nickname for the coupe became its official name.

Most bartenders today are unaware the glass ever had any other handle. (Ironically, the glasses used in “The Thin Man” don’t actually look like the Nick & Nora glass, aside from being on the small side. In fact, the Charleses drink from a wide variety of glassware in the film.)

If Dale DeGroff brought the Nick & Nora to life, it was Audrey Saunders who showed the glass around and introduced it to everyone. Saunders was a protégé of DeGroff and worked with him at the short-lived bar and restaurant Blackbird. Saunders employed the Nick & Nora glass when she worked at Bemelmans Bar in the Carlyle hotel. Later, when she opened her own bar, Pegu Club, the Nick & Nora was a key part of her glassware aesthetic.

“The glass really spoke to me personally, in a way that the other glassware that was typically used elsewhere at that time didn’t,” says Saunders. “It was a welcome departure from V-shaped cocktail glasses, which, at that point, had become generic and tired-looking.” To her mind, it was the perfect vehicle to introduce customers to the world of classic cocktails.

Saunders first used the glass to hold Pegu Club’s house Martini. She knew that if she was going to make any headway in terms of cocktail presentation, she had to break stubborn Martini drinkers of their preconception that bigger was better.

“The typical Martini drinker might have incorrectly assumed that they weren’t receiving a value for their money because it was decidedly smaller,” says Saunders. “But when they saw the other half of their cocktail arrive, preserved in its own icy cold carafe embedded into crushed ice and served alongside their Nick & Nora, they immediately understood and appreciated its benefit.”

Other bar owners and managers followed Saunders’ lead — as well as her sidecar idea — and began stocking Nick & Nora glasses. Among them was Jim Meehan, a Pegu Club bartender who went on to open PDT in Manhattan’s East Village.

According to Meehan, “stocking a bar more closely resembled an arms race” in the aughts. “We were all trying to fill an evolving checklist of items such as swizzle sticks, PUG muddlers, English Hawthorne strainers, Japanese mixing glasses, Kold Draft ice machines, etc.,” he says. “Minners glassware was certainly one of them for me.” Meehan, too, used the Nick & Nora for Martinis, but also for original house cocktails like the Occidental, Rite of Spring, Severine, Velvet Club, and White Thorn. Death & Co, a neighboring cocktail bar in Manhattan that was just as influential as PDT, also served drinks in Nick & Noras. When San Francisco barman Thad Vogler encountered the glass on a 1987 trip to New York, he too tracked down Minners. And when he opened his Bar Agricole in 2011, Nick & Nora glasses graced the bar.

For fans of the coupe, the advantages of the Nick & Nora go beyond design, size, and its vague aura of bygone style.

“One of the most important benefits is its smaller circumference,” says Saunders. “Having a tighter bowl with straighter sides than the traditional Martini glass allows it to accentuate the aromas in aperitif cocktails off its more erect sidewalls, thus enhancing the overall flavor of the cocktail.”

The glasses also keep cocktails colder longer, owing to the liquid’s lesser surface contact with the air. And, of course, they are less prone to spillage than a wide-mouthed Martini glass.

Steelite still makes Nick & Nora glasses today, but it’s no longer the only company doing so. You can find Nick & Nora-style glassware — marketed as that and other names — pretty much anywhere. They’re sold by everyone from the wine-glass icon Riedel to chain houseware stores like Crate & Barrel. Some makers have begun gilding the lily, adding fancy etchings to the sides of the bowl or lining the rim with silver or gold.

On the other end of the price spectrum, there are also acrylic versions. But you wouldn’t catch Nick and Nora Charles dead drinking out of one of those.