Open 24 hours a day, seven days a week, Waffle House is famed for more than just its all-day breakfast. The restaurant chain’s preparedness for natural disasters, which allows its locations to stay open throughout weather crises or open shortly after, has earned it a storm distinction with FEMA.

In fact, a measurement tool called the Waffle House Index can be used to analyze a storm’s severity and the effect it can have on communities. Its classifications of green, yellow, and red indicate how severe a storm is based on how well Waffle House can operate during it. The term was coined by former FEMA administrator Craig Fugate following the Joplin tornado in May 2011. The storm, which caused over $2.8 billion in damage and 158 casualties, was not enough to close down either of the Waffle House locations in Joplin. The breakfast chain remained open throughout the storm, with a prepared limited menu that allowed it to serve food even during power outages.

Waffle House has also garnered a reputation for being a hotbed of absolute insanity. From reports of employees allegedly spiking co-workers’ drinks with meth at multiple locations to a woman tearing her clothes off and striking a fellow customer in the face, resulting in a broken nose, Waffle House has become infamous for the often ludicrous stories that emerge from within.

No matter the reason, Waffle House has developed a cult following. Across its more than 2,100 restaurants in 25 states, Waffle House typically sees annual revenues exceeding $1.3 billion. Beloved for its delicious, cheap food and healthy doses of complete chaos, Waffle House holds a unique place in the hearts (and stomachs) of many Americans.

Curious to know how many locations are in your area? Read on to discover which states have the most Waffle Houses, and see how your home state compares to others across the country. 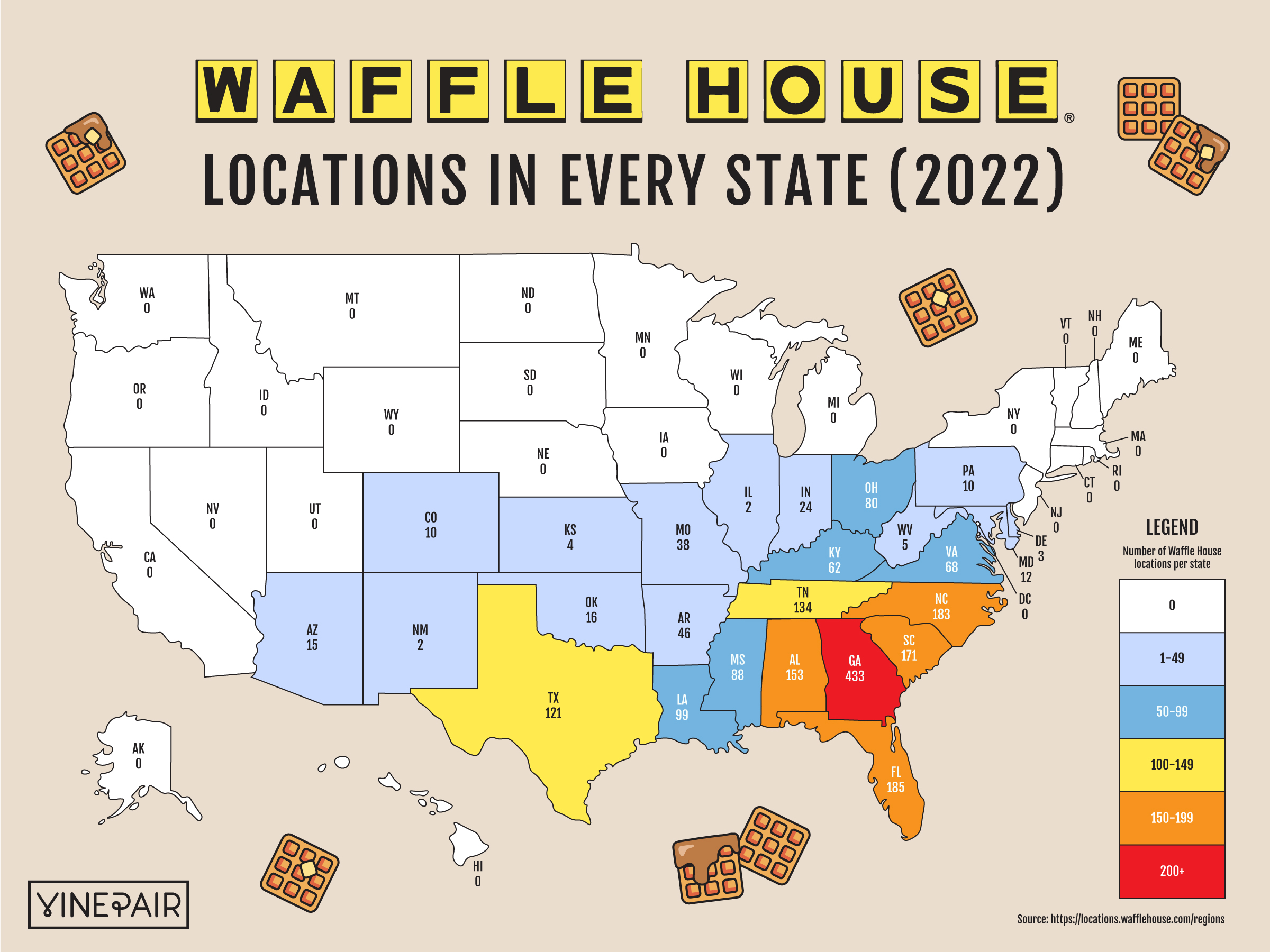 The Number of Waffle Houses by State