As do many cultural habits, this varies by state and region: The West drinks by far the most booze of any region, coming in at 2.5 gallons per capita, while the South drinks the least, consuming a mere 2.23 gallons per person per year. The Northeast and Midwest drink 2.41 and 3.27 gallons per capita, respectively.

Wondering how your home state stacks up against its neighbors? Take a look at our color-coded map to see how much alcohol the residents of each U.S. state and Washington, D.C., drink each year.

THE STATES THAT DRINK THE MOST ALCOHOL PER CAPITA

When it comes to the states that drink the most booze per capita, the tiny state of New Hampshire looms largest. The Northeastern state comes in first for both beer and spirit consumption, likely due to its negligible booze tax. Utah drinks the least booze — an unsurprising fact, as the state has the strictest booze laws in America. 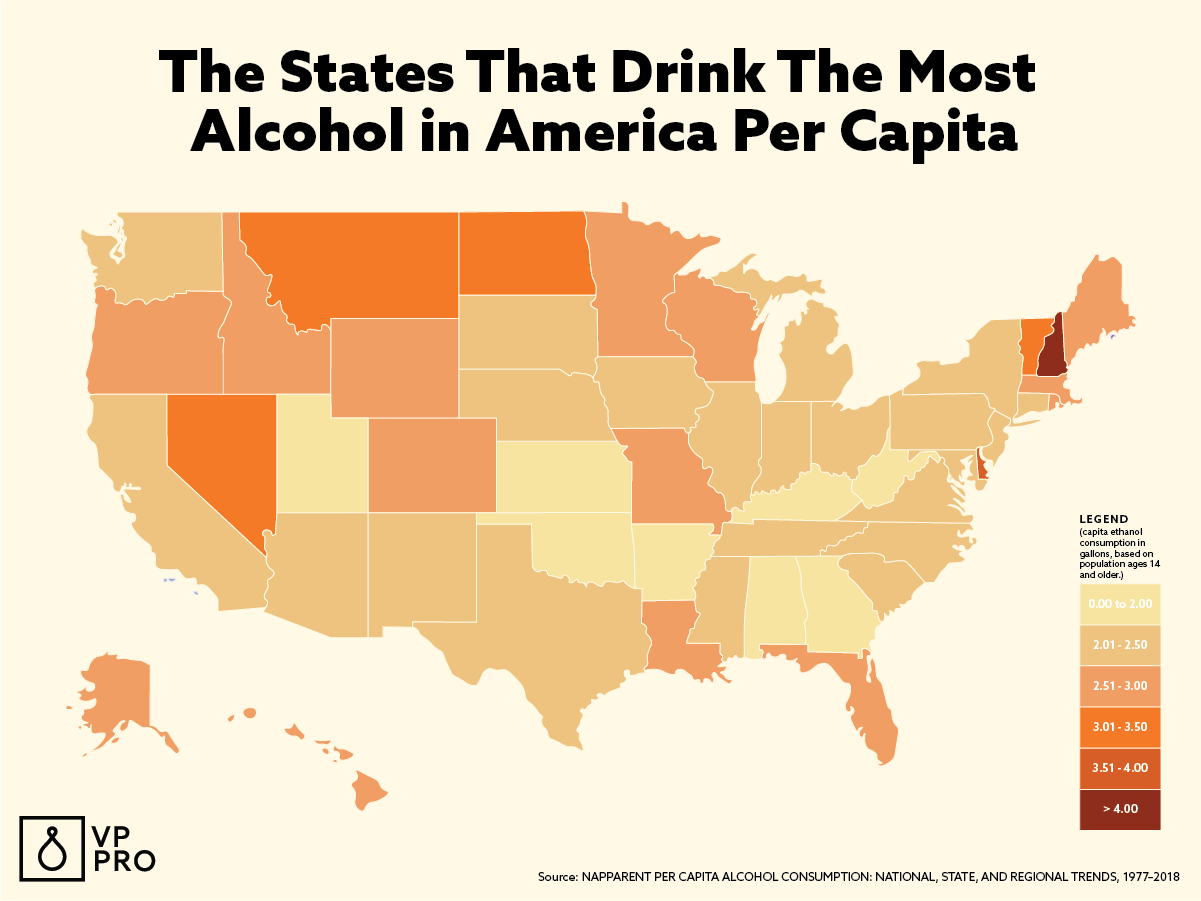 THE STATES THAT DRINK THE MOST ALCOHOL IN ETHANOL

The highly populated states of California, Texas, Florida, and New York led this category. Residents of Wyoming, South Dakota, Vermont, and Alaska, on the other hand, stayed relatively clear of the hard stuff. *This data uses an estimate of average ethanol content of sold or shipped spirits into gallons of ethanol (pure alcohol) before calculating per capita consumption estimates. For this data, the alcohol by volume value is 0.129 for wine, 0.045 for beer, and 0.411 for spirits.