Homebrewing can be a great hobby, but when childhood friends Gregory Williams, Richard Bloomfield, and Zachary Day began brewing in 2017, they weren’t fermenting a new pastime. “The goal was going pro,” Bloomfield says of the plan to open a Black-owned brewery in Chicago. “We thought that we’d have this great idea and business plan and get a loan.”

While attending the 2019 edition of Fresh Fest (now Barrel & Flow), a Pittsburgh celebration of Black arts and brewing, the trio met a brewer who introduced them to contract brewing, a lower-cost approach to beer production. Back in Illinois, the friends researched contracting before discovering Pilot Project, a Chicago brewery incubator that partners with start-ups to make, market, and sell beer.

The friends revised their business plan, applied to Pilot Project in summer 2021, and landed a slot. Last October marked the debut of music-focused Funkytown Brewery’s lineup of approachable beers, including the Hip-Hops and R&Brew pale ale and Cuffin’ Season red ale. “We could’ve been in a bad position if Pilot Project didn’t partner with such a robust set of services,” says Bloomfield, the CEO.

Building a brick-and-mortar brewery is a capital-intensive endeavor with costs that can quickly top a million bucks. Onerous loans or selling shares can stick fledgling owners in a fiscal pickle, especially in these brewery-cluttered tumultuous times. To test the hoppy waters while hedging bets, breweries instead are turning to incubators and shared-equipment facilities to push pints and cans into the world. Giving a Leg Up

Contract brewing is excellent for existing breweries expanding output instead of real estate, but it can be tough for start-ups. How can they store, sell, and distribute all that beer? Moreover, dreaming up a grand business plan and recipes doesn’t mean you’re also stellar at design and marketing, foundational business pillars. A smart team can shore up any shortcomings.

Jordan Radke and Dan Abel, a music industry veteran, conceptualized Pilot Project as a record label and recording studio for the liquid arts. Pilot Project partners with rookie brands to bring beverages to life, aiding in marketing, distribution, and recipe formulation. “I can come up with a crazy idea and [Pilot Project head brewer Glenn Allen] can tell me how it could work,” says Funkytown’s Day.

Call it a college crash course in creating a beverage company. “We’re not a contract brewery,” Abel says. “We’re able to support all those components of not just launching a beer, but launching a business.”

Pilot Project opened in August 2019, and it onboards brands through auditions. Entrepreneurs bring Abel and Radke their big hopes and homebrewed beverages. “We’re drinking together and evaluating what’s unique,” Abel says. The company’s roster of past and present partners includes female-owned Luna Bay Booch Co., a hard kombucha producer; India-inspired brewery Azadi; and Funkytown, among Chicago’s only Black-owned breweries. “Part of our calling card is leaning into experimentation, and experimentation most naturally happens with respect to diversity,” Abel says.

Incubators can also give brewers a helpful nudge. Timber Ales founder Jason Stein never intended to grow his brewing hobby beyond his childhood bedroom in Long Island, where he stored barrels brimming with homebrewed barley wines and strong stouts. But as accolades accumulated, Zac Ross, the head brewer at Twelve Percent Beer Project, an incubator in New Haven, Conn., wondered if Stein wanted to go pro. The company operates as a contract brewer, distributor, and incubator primed to bring brands to market.

Stein met with the Twelve Percent owners, who applauded his beers and concept. “They were just like, ‘How quickly can you get a brand up and going?’ ” Stein recalls. The answer: about six weeks. In late 2019, Stein brewed his first professional barley wine and started filling barrels with brawny beers. “If it was a straight contract-brewing situation, it would take too much to make sure that the beers are getting out and sold,” Stein says of the partnership. “For me, it works well in terms of not taking that big of a risk.” 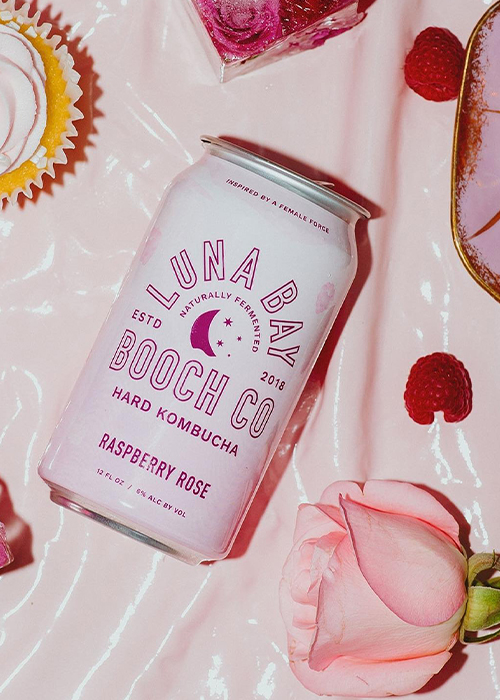 No two models are alike for kickstarting brands. Some approaches lean into partnerships, while others leave breweries alone. Take the revitalized Rocky Mount Mills project in North Carolina, some 60 miles northeast of Raleigh. In 2013, Capitol Broadcasting Corporation began transforming the cotton mill into a live-work-play complex with a six-suite brewing incubator serving as a draw.

Late one night, Cam Schulz was perusing ProBrewer, an online industry resource, when he found a listing for the Rocky Mount Mills incubator. The hopeful brewery owner had a business plan but hadn’t taken steps to secure funding — some $2 million, by his estimation, before the brewery even opened its doors. “I was thinking, shit, I don’t know if I can make this happen,” Schulz says. “And then this opportunity came up,”

In short order he shot the owners an email, visited, and signed a lease for what became HopFly Brewing, which opened in 2017. The facility featured fermenters, a brewing system, a canning line, and a pasteurizer — everything except for a tasting room.

Schulz was supposed to sell HopFly beer through a window. “Building a brand through a window is not possible,” says Schulz, who received approval to add a taproom. “All week, every square inch was for production. Come Thursday afternoon, we would clean like madmen, rope off all the tanks, and fit maybe 12 or 13 people in there,” Schulz says.

HopFly grew to the point that Schulz leased another incubator space and later partnered with the developer to build an adjacent brick-and-mortar taproom. “The developers had a vested interest in our successes,” Schulz says.

As a mechanical engineer for Lockheed Martin and General Atomics, designing and building assorted aircraft, Rawley Macias excelled at innovating and averting risk. The veteran homebrewer aimed to open a brewery, but “I didn’t want to borrow significant money from friends and family,” he says.

Getting a small-business loan also proved tough, given that he lacked a professional track record. “Banks want to see a pedigree,” Macias says. He kept kicking his business plan down the road until he heard about H.G. Fenton’s Brewery Igniter program. In 2015, the real estate company began outfitting industrial suites with brewing equipment, offering turnkey leases to breweries. Macias signed a lease at a facility in Carlsbad, Calif., and began bicycle-themed Rouleur Brewing in spring 2017, turning out modern IPAs and Old World Belgian blondes alike. It’s his vision — no incubator partnership, no compromises. “​​I’m the single owner,” Macias says.

Sales grew over the next several years, so Macias spent some 18 months searching for a larger space. He found one, but the pandemic caused the lender to pause his hoped-for loan. Instead, he approached H.G. Fenton with a proposition: Let him take over the two vacant adjoining Igniter suites and buy his equipment. The company agreed to the deal in 2020. “Now we’re like other breweries,” he says. “We lease our space and own the equipment.”

The Rocky Mount model also evolved. It originally encouraged autonomy: We built it, you brew on it. But not every novice brewer can operate a professional system. “It’s a pretty big liability,” says incubator manager Austin Meyrick.

Rocky Mount’s incubator is transforming into an alternating proprietorship model in which established breweries and beverage companies share equipment, allowing a half dozen North Carolina breweries such as Barrel Culture and Crystal Coast to expand production. “I’m happy to show everybody how to use the equipment, but I’m not here to facilitate somebody starting their business,” Meyrick says.

Incubators and growth accelerators are runways to get breweries off the ground, but successful start-ups often land elsewhere. HopFly recently relocated production to Charlotte, taking over the former Unknown Brewing space. “That incubation phase ended up being a little longer and bigger than what we’d originally planned, but that has allowed us to take these steps,” says Schulz, who retained the Rocky Mount taproom.

Luna Bay founder Bridget Connolly started her brand at Pilot Project, where the collaborative and educational approach proved invaluable. “They were great at teaching and mentoring us,” Connolly says, from distribution to creating a consistent product with living cultures. In time, the company outgrew the space and now produces hard kombucha at a facility in southern Illinois, distributing to nearly a dozen states.

“Once you hit a certain barrelage, we’re stifling your growth,” Abel says. “As an incubator, that’s the last thing that we want to do.” Pilot Project can produce around 2,800 barrels annually, and it’s subcontracting production at area breweries to meet demand. Pilot is looking to add a larger brewery in the Chicagoland area that can produce 30,000 barrels of beer annually. “That’ll allow us to scale these brands,” Abel says. In the future, Abel and Radke hope to open additional American incubators, welcoming nests to hatch brands nationwide.

As for Funkytown, the end goal is a Chicago brewpub, perhaps in two or three years. The trio is  working toward that by supporting nonprofits and building a community presence, piloting their future one batch after another. “This was the only way for us to really get our vision off the way that we wanted,” Bloomfield says.