We all crave a nice, refreshing bottle of beer from time to time, though a bottle opener may not always be readily available. Whether your churchkey is misplaced or broken, there are luckily countless options using regular household items. From house keys to wedding rings, here are seven foolproof ways to open a bottle of beer that don’t involve removing the cap with a traditional bottle opener.

This is the next best method of opening a beer bottle, with the finest, sharpest keys securing the greatest results. Rest the key tooth underneath the grooves of the cap, and continue to pry and poke. Once the cap is loosened, keep twisting the key upward or turn the bottle itself. If successful, the cap will fly right off. 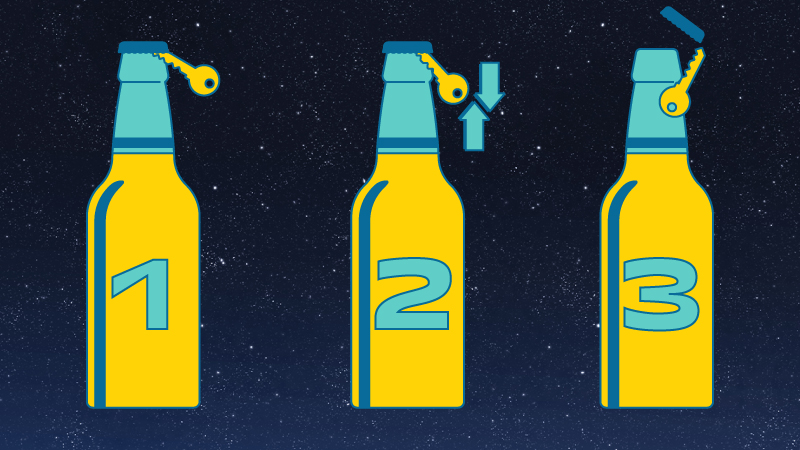 The lip balm method is just as effective as using a lighter to open a beer bottle (without the risk of exploding lighter fluid). Applying slight pressure, hold the neck of the bottle with your hands. Place the lip balm between your index finger and the bottom of the cap. With the lip balm now acting as a lever, lift slightly around the top of the beer and you’re set. 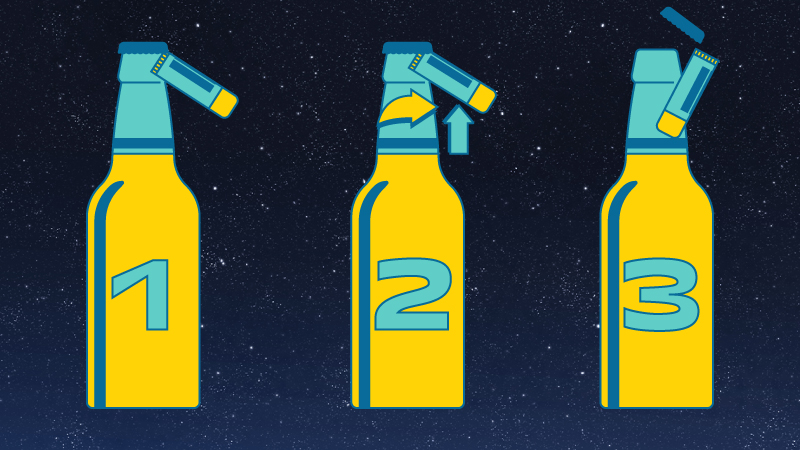 This quintessential office supply doubles as a bottle opener, similar to the lip balm and lighter methods. You’re going to create a fulcrum with your hand while resting the highlighter against the lip of the beer. Simply lift the highlighter and watch the cap cleanly detach. 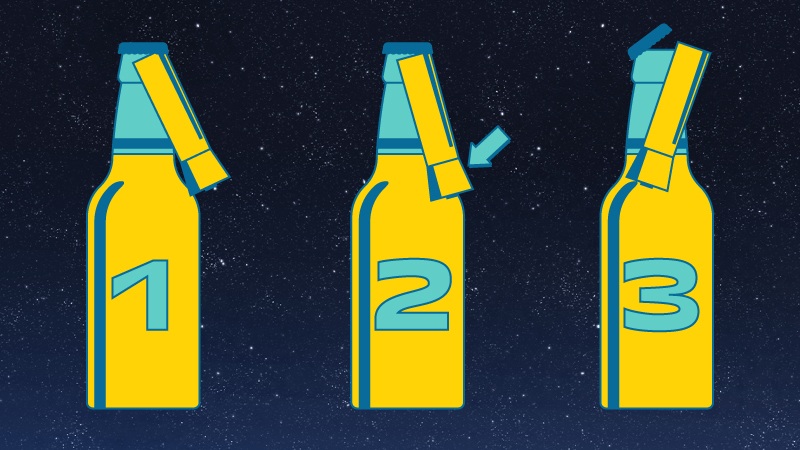 Dealing with scissors can be dangerous, but the tool is an ideal replacement for a bottle opener if done correctly. Start by opening the scissors and placing them on the bottle’s lips (between the cap and the neck) to act as a lever. Holding your hand against the bottom of the cap, lift the scissors upward until the cap comes off. This is probably a job for the soberest person in the room. 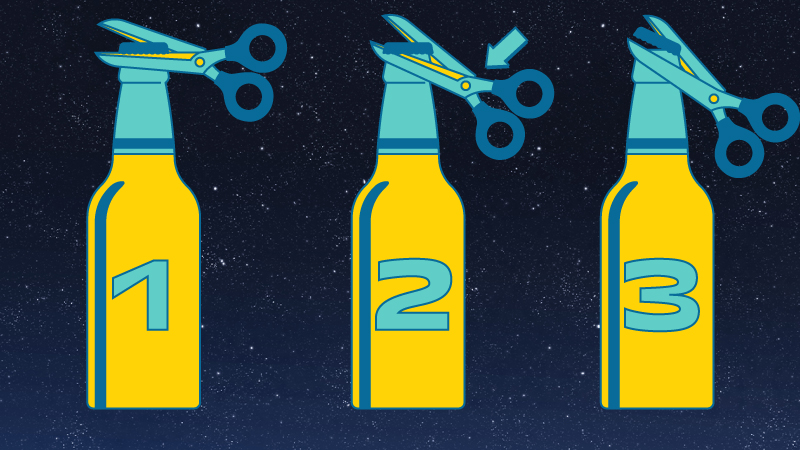 Any object hard and dense enough can be used to open a beer bottle — even paper. Begin by folding a piece of printer paper (or even a dollar bill) over until it’s thick and sturdy. Place the folded paper underneath the grooves of the cap, and pop it up. 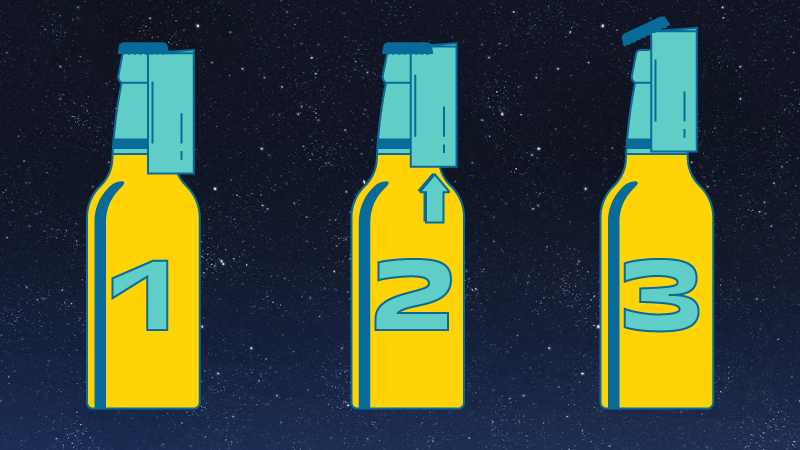 There’s also a way to open a beer with your wedding ring (best if it’s titanium or gold). Begin by placing your hand over the bottle and the ring finger under the grooves of the cap. Tilting the bottle 45 degrees, place pressure on the top and pull back. 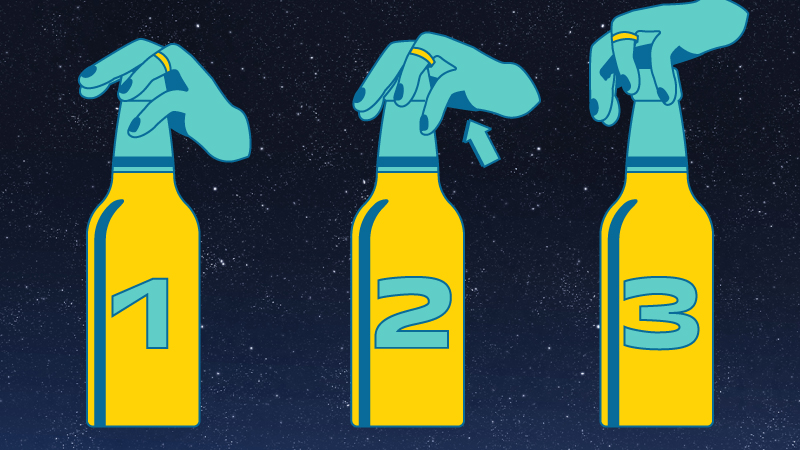 Perhaps the oldest trick in the book is the countertop method, though any surface with a defined edge will do. Maneuver the bottle so that the edge of the counter is underneath the cap. Using your hand or any hard object, whack the cap in a downward motion until it releases. 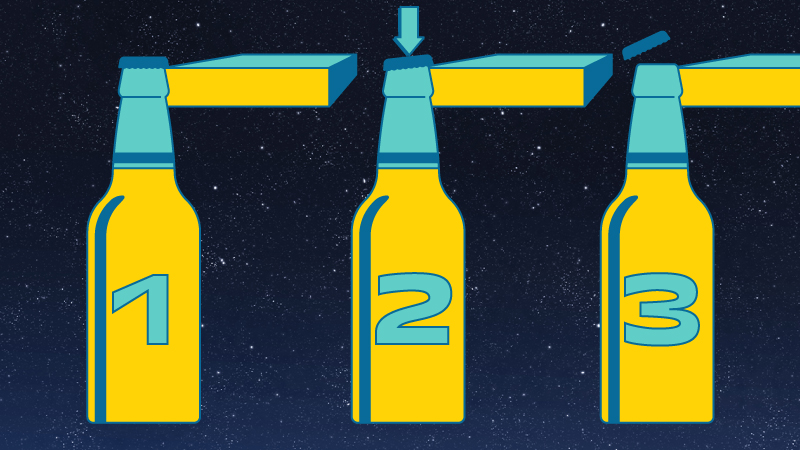