Names are big in the bourbon world. Lest you get mixed up with your Evans, Edmonds, and Elmer T. Lee’s, here’s some clarity: Elijah Craig is a bourbon produced by Heaven Hill Distillery. Elijah Craig himself was also a man, and a wildly passionate preacher who, after preaching himself into jail, became a founding father of bourbon.

A better way to remember Craig might be char. In what was either an accidental barn fire (see below), or purposeful, perhaps divine inspiration (look up?), Craig is the guy who introduced the use of charred oak into the bourbon aging process.

But there’s plenty more to know and love about both man and bottle. Here are eight things you should know about Elijah Craig.

Elijah Craig was a person, a preacher, and a prisoner.

Elijah Craig’s prolific lifetime spanned much of the 18th century. As an adult, Craig was at the helm of nascent industries in the Virginia and Kentucky areas — mainly, he built a cloth factory and rope factory — but he was also a passionate preacher.

A converted Baptist (who kind of looked like Cary Elwes?), Craig was jailed several times for preaching without a license (it’s a thing). In spite of his religiosity (or because of it, depending on how you view bourbon), Craig founded a distillery in 1789 and became a leading name in oak-aged corn whiskey.

Elijah Craig was a forerunner, but likely not the “Father of Bourbon.” (If you were going to have a Jerry Springer-style “Who’s the Daddy” daytime TV reveal, he would definitely be one of the nervous-looking guys backstage, though.)

Granted, the label of Elijah Craig Small Batch says otherwise. But Elijah Craig is better described as among the fathers of bourbon whiskey, since there were other distillers in Craig’s time doing much the same thing. He did, however, have a pivotal impact on bourbon whiskey production.

Craig is credited as the first to use charred oak barrels.

Bourbon is made by aging 51 percent corn-based whiskey in charred American oak barrels, but that wasn’t always the case. Charred barrels weren’t a must (definitely not a legal must) in the early days of American bourbon whiskey (the turn of the 18th century).

The eureka moment is admittedly hazy, involving a fire at Craig’s young distillery, torching some barrels that  the parsimonious parson decided to use anyway and, voila, a deeper, pleasantly smoky, caramelly spirit was born.

Like Buffalo Trace, Elijah Craig’s mash bill is higher in corn proportion, at about 78 percent corn and 10 to 12 percent rye and malted barley. By law, bourbon must be 51 percent corn, with the rest of the necessary starch coming from grains like rye, wheat, and malted barley. Higher corn proportion can mean a smooth, slightly sweeter whiskey with a soft sweetness but a broader heat. Aging tends to be where higher corn whiskies gain their gravitas, threading char and oak lactones into the body of the whiskey; hence Elijah Craig’s baseline bottle is aged eight to 12 years.

Elijah Craig claims the oldest single-barrel bourbon on the market.

Elijah Craig 18-year Single Barrel is touted to be the oldest single-barrel bourbon on the market. The reason few single-barrel bourbons are aged so long is largely economical: this label loses upwards of two-thirds per barrel as it ages (otherwise known as the “angel’s share,” whiskey lost through the barrel itself, presumably evaporating into the mouths of thirsty angels).

What remains in the barrel is a bright, rich liquid with hints of vanilla, tawny, leathery oak, smoke, mint, and caramel — and it can be yours for about $280.

Like its confusing terminology cousin “single barrel,” the term “small batch” first came to usage courtesy of famed Jim Beam distiller Booker Noe. And while the honor system is a big deal among distillers, small batch is not a legally regulated term in bourbon production.

As such, a true sense of scale eludes most consumers. For perspective’s sake: Some small batch whiskies are made with as few as 10 barrels; Elijah Craig Small Batch Bourbon comes from roughly 200 barrels. But for a widely distributed, highly popular whiskey, 200 is certainly selective.

For us, too. That was the year White Castle debuted the Hot Chicken Slider. But for Elijah Craig, 2017 was the year its Barrel Proof B517 won Whiskey Advocate’s “Whiskey of the Year” award. The numeric name stands for the month and year of the batch’s release: May 2017.

Editors gushed over the “massive mouthful of incredibly robust flavors that drape leathery oak over a gooey caramel core,” and called it “amazingly palatable even at full proof,” or 62.1 percent ABV. (“Barrel proof” means the whiskey isn’t cut with any water to tame the ABV before bottling, which is usually the case.) 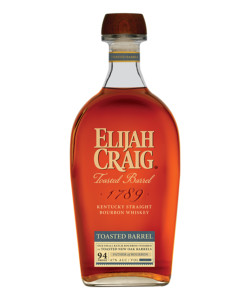 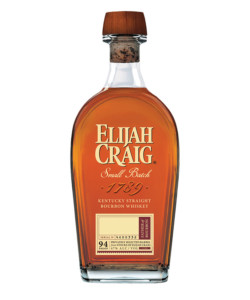