Cream ales are one of beer’s biggest misnomers. The name confuses consumers, frustrates bartenders, and occasionally leads to mansplaining.

One challenge in defining this style is that different brewers set different rules for cream ales. Historical accounts and modern interpretations vary wildly.

Compared to macro lagers, cream ales tend to be a little more bitter. They are also typically boozier (most hover between 4.2 and 5.6 percent ABV, according to “The Oxford Companion to Beer”), and a little fruity. That said, there are hoppy, bitter lagers; and doppelbocks sometimes have fruity flavors, too.

It may seem like every rule about cream ales can be broken. Here are a few guiding principles.

No Cream, and Not Just an Ale

You might be wondering if there’s cream in a cream ale. Fair question! There isn’t. That said, modern cream ales do include all sorts of adjunct ingredients, which can include lactose and milk sugar. Eagle Park Brewing Berry Milkshake, for example, is a cream ale made with strawberry, raspberry, blackberry, lactose, and vanilla.

Generally speaking, ales are made using malted barley (and in some styles, wheat or oats). Cream ales, however, often feature other adjuncts like rice and corn. Some suspect that a “creamed-corn” aroma could be where the beer gets its name. (The aroma comes from a molecule called dimethyl sulfide, or DMS.) Other speculate it was marketing gloss.

Finally, there are international variations regarding the term “cream ale.” In the U.K. and Ireland, nitro beers are sometimes referred to as cream ales. Ireland’s Kilkenny Irish Cream Ale is actually an Irish red. It’s called a cream ale because of its nitrogenated gas blend, which gives it a creamy texture, but it otherwise bears little resemblance to an American cream ale.

Cream ales originated in pre-Prohibition times, aiming to compete with mass-market lagers. Uniquely American, the style was meant to mimic the light, refreshing quality of the German-born lagers with slightly different ingredients and methods.

The best-known contemporary cream ale is Genesee Brewing’s Genesee Cream Ale, which originated in Rochester, N.Y., in 1960. Before Genesee, there was Krueger’s Cream Ale. Created in 1935 by the Gottfried Krueger Brewery in Richmond, Va., it was America’s first canned beer.

Another throwback is Little Kings Cream Ale. It was brewed by Hudepohl-Schoenling Brewing in Cincinnati until 2001, when the brewery was bought by Boston Beer and its brands ceased production. Little Kings was brought back in 2016 by Christian Moerlein Brewing of Cincinnati.

Carton Brewing of Atlantic Highlands, N.J., claims seven of the top 10 cream ales on popular rating sites BeerAdvocate and Untappd with its style-defying series of “imperial” cream ales with coffee added. The series started with Regular Coffee, a 12-percent ABV imperial cream ale with Mexican Chiapas and Ethiopian Sidamo coffee from Fair Mountain Coffee Roasters; then came more versions such as Café Y’ Churro, with vanilla and cinnamon; St Kitts Coffee, finished on Brinley Gold Shipwreck wood and coconut; Irish Coffee, finished on Irish wood and peppermint; and SS-C.R.E.A.M., a collaboration with Barrier that gets complicated.

The exact definition of cream ale is hard to pin down. Slightly easier is finding a few tasty examples to try. Here are five of our recent favorites. 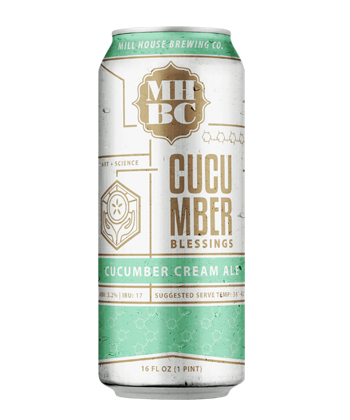