We all have a go-to cheap, mass-produced light beer. They aren’t the best tasting, but they’re ubiquitous, consistent, and built for day drinking into the night. Maybe you chose your go-to because of brand loyalty, or maybe it’s an image thing. Or maybe you think they all taste the same so it doesn’t matter anyway. But what if you’re wrong? Yuengling Light blind tasting notes: “Ugh, I don’t like this.” The tasters immediately noticed the darker color of Yuengling Light, but none were familiar with the product beforehand, so there was some confusion as to what it was. All were repulsed by the aftertaste, with Zach saying the only reason he didn’t give it a zero out of five was because it was too early in the tasting and something worse might come up. He gave it a 1.5 instead. Natural Light blind tasting notes: Tastes like “you drank beer mixed with water.” Zach also noted that the beer has a beachy feel to it and a waxy finish. Courtney said the beer tasted like the last beer of a 12-pack at the beach that was once really refreshing but is now just disappointing. Keystone Light blind tasting notes: “Bready,” with an aftertaste like the aftertaste of “milky cereal.” This beer led to a long discussion about adjuncts like rice and corn that add fermentable sugar without adding much flavor. Coors Light blind tasting notes: “Corn husks.” Courtney also noted that it was a lot sharper than the first beer she tried (Miller Lite), and all the tasters agreed that there was more there compared to the Miller Lite. Bud Light blind tasting notes: “It just tastes like light beer. I think this is Bud Light.” Bud Light was beer No. 7, so everything was starting to run together at this point. It wasn’t negative, it was refreshing, and it tasted the most familiar to all three tasters. 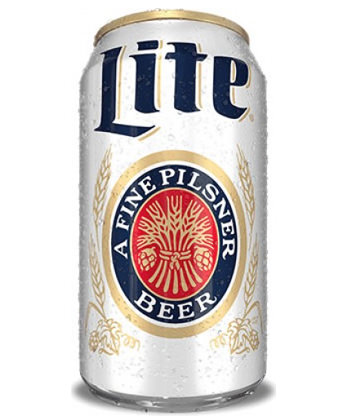 Miller Lite blind tasting notes: “It tastes like… adjunct.” As the first beer, all three tasters weren’t sure exactly what to look for. There was, however, a general consensus that “it tastes familiar, and I think that’s the point,” although Courtney also noted that “it tastes like college.” Michelob Ultra blind tasting notes: “A little sweet and feels cool.” The final beer was close to water and reminiscent of No. 5 (Natural Light). The vessels of the tasting got in the way a bit, though, when Zach picked up some burnt plastic. These are the dangers of drinking light beer out of Solo cups that we all must live with. Bud Light Platinum blind tasting notes: Zach said that, compared to the other beers at least, this one had “a real nose.” There weren’t many complaints about Bud Light Platinum while drinking it, and it was generally accepted as a clean-tasting light beer. The higher alcohol (nearly 2 percent alcohol by volume more than the other options) wasn’t noticed at all.