Snacking season is upon us. Snacking season is the longest season of the year, generally spanning from February (when New Year’s resolutions start to fail) to Jan. 1. Due to its longevity, it’s important to do snacking season right. That means buying the right beer for your snacks.

Sure, you can go ahead and buy another case of macro lager and call it a day. But if you really want your snacking experience to shine, spring for something more. Here are some of our favorite beer and snack pairings: What grows together goes together. Granted, neither pretzels nor pilsner “grows,” but they are both German-inspired. Nothing washes down a salty soft pretzel like a clean and crisp pilsner. Try to find Brooklyn Pilsner, Pilsner Urquell, or Founders’ PC Pils if you want something a little less traditional.

Sliders are the snack that might as well just be a meal. If you eat enough of them, it is a meal. Big hoppy IPAs pair with sliders perfectly, just like they pair with meal-sized burgers. Bitter, floral beers balance out the heavy burger meat. A hearty IPA can stand up to whatever a slider can throw at your taste buds. Try to find Stone Delicious, Peak Organic IPA, or Ithaca Beer Company’s Flower Power. A lot can happen when you’re eating nachos. Who knows what is hidden underneath all that delightful cheese? That means you have to have a beer that’s both nimble and adaptable. Enter the North American Adjunct Lager. You can go predictable with something like a Tecate or a Pacifico, or you can go with something like a Landshark or a Tsingtao. Chicken wings are the ultimate snack, whether boneless or with bones. You’re going to get saucy, and you’ll want to have the appropriate beer that doesn’t take away from all of those flavors yet holds its own. That’s where a pale ale — middling in every flavor — comes in handy. Try to find Porkslap Pale Ale, Boulevard Brewing’s Tropical Pale Ale, or Sierra Nevada Pale Ale. Everything good has to come to an end. Thankfully it’s not uncommon for the good time of snacking to end with a cupcake or some sort of sweet. Whether it’s vanilla or chocolate, nothing pairs with a cupcake like a stout. The coffee and cocoa notes in stout complement all the best flavors in sweet desserts in a birds-of-a-feather-flock-together kind of way. Try to find Left Hand Milk Stout, New Holland Brewing Company’s Dragon’s Milk, or Lion Stout. Let the spicy times roll. Cheese can temper out some of the jalapeño heat, but you’re going to want a beer that can do the same while simultaneously working together with the cheese. Brown ale is your beer for that. It’s the darker cousin to the versatile pale ale, with a middling palate and a little bit of a malty flavor. Try to find Dogfish Head Indian Brown Ale, Smuttynose Durty Mud Season, or SweetWater Brewing’s Georgia Brown. 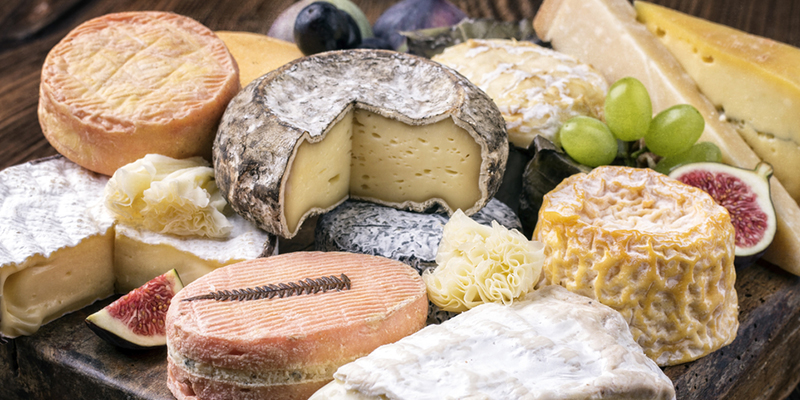 Before you grab that bottle of wine to go with your cheese plate, consider a sour beer. A good sour can pair with a stinky cheese just as well as a fine wine. Sours have cutting acidity, dancing light bodies, and fruity notes. Try to find Brooklyn Brewery’s Bel Air Sour, New Belgium Brewing’s Lips of Faith, or, if you’re lucky enough to find it, SingleCut Beersmiths’ Beth Sour Ale. Remember the saying about growing together going together? Well, the Germans really know their snack food and their beer. Black lager, which is known as “schwarzbier” in Germany, is thirst-quenching and has a light body. There are some roasty notes and some fruity notes that will make your juicy blistering bratwurst that much better. Try to find Sam Adams Black Lager, Köstritzer Schwarzbier, or Krombacher Dark.