When it comes to alcohol consumption the battle of the sexes has a clear “winner” — and that would be the world’s 3.6 billion or so men. But as you look around the world, just how much more alcohol men drink than women varies quite a bit from country to country. At one end of the scale, in Tajikistan, men consume 1.15 times the alcohol as women. At the other, in Tunisia, the ratio is 108.14 to 1. As the map below shows, most country’s men consume somewhere between 1.5 to 3 times the alcohol as women with the median at 2.19 to 1. As you explore the map below, you can see interesting patterns emerge, driven by wealth, religion, and geography. 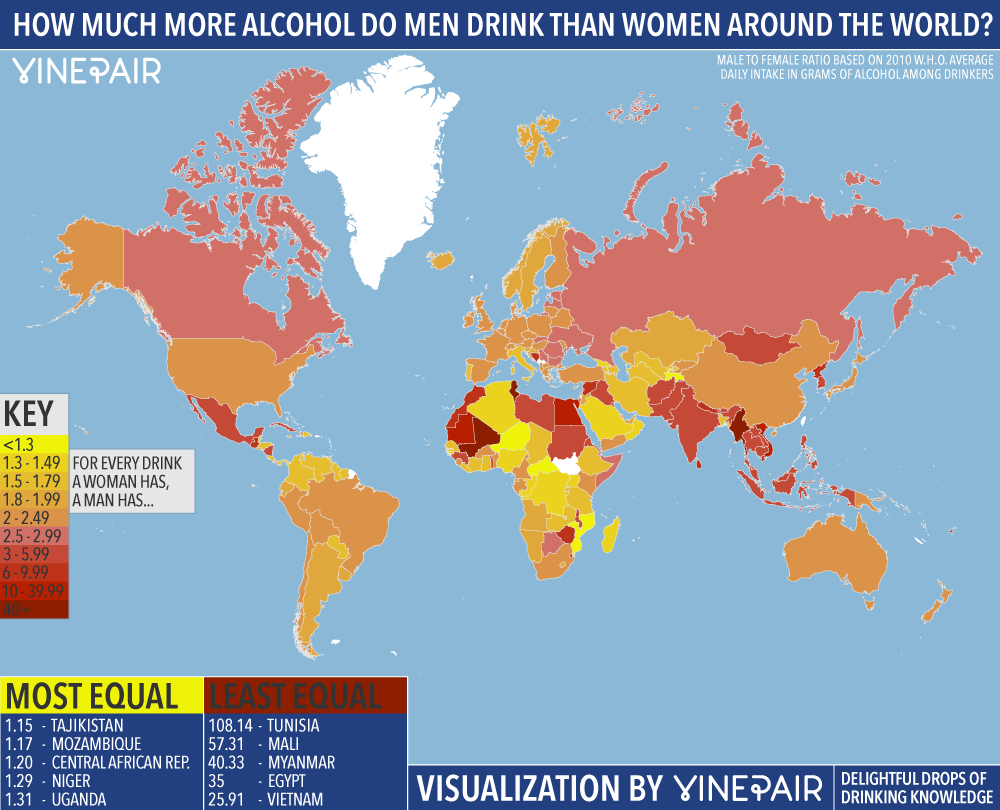 Source Note: Data was reported in 2014 by the World Health Organization for the year 2010 in the form of each country’s “Average daily intake in grams of alcohol among drinkers with [a 95% confidence interval].