As if the stress of college isn’t enough, or the stress of being a college football fan isn’t enough, we’ve got some bad news (that you’re probably already aware of): most college football stadiums don’t actually sell beer. The good news: we know the 34 stadiums that do as of the 2015 season. Wherever you come down in your college football fandom, and whatever your thoughts on alcohol on (or near) university premises, this map should serve to guide you to the right places to scream at/for/with/to your favorite team. 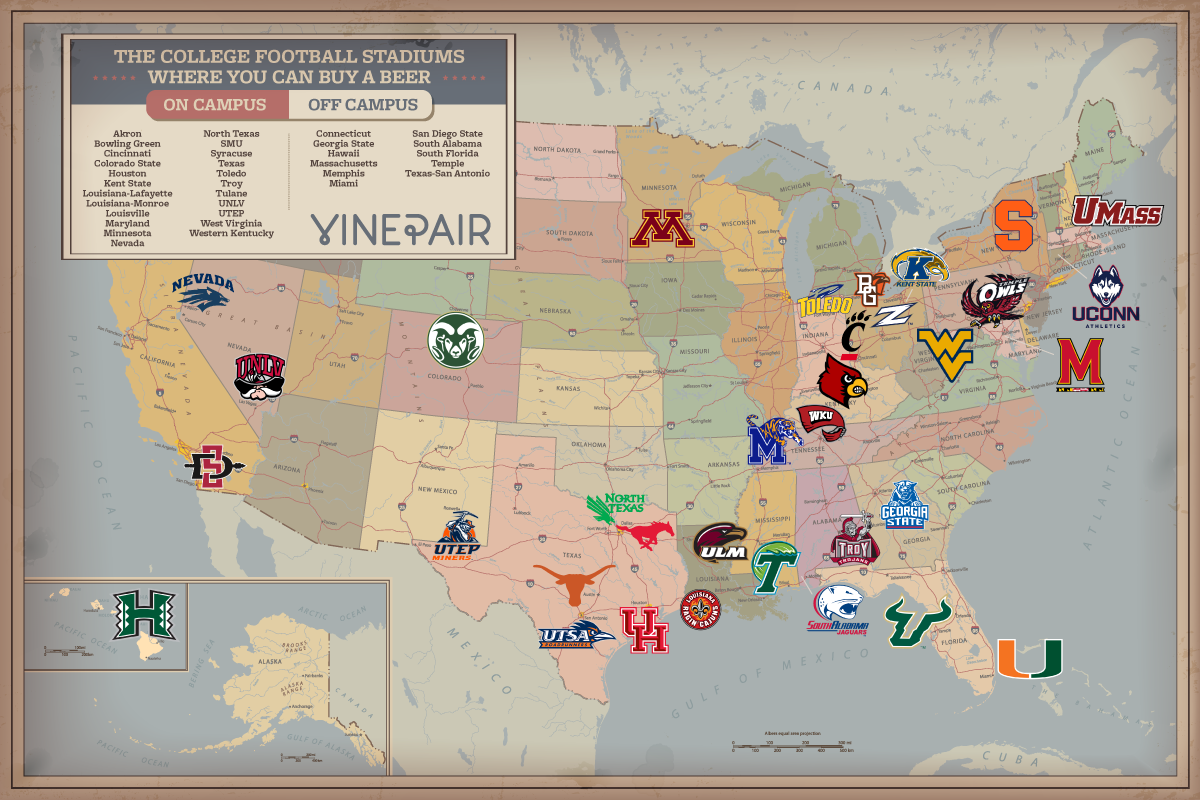