Tuesday night, my wife and I settled down on the couch to do the same thing the rest of you did: Cheer for John Oliver’s hilarious weekly validation of our coastal elitist biases while working through the free-beer-sample fridge and getting ready to watch the NCAA Women’s National Basketball Championship game. But a funny thing happened on the way to realizing the UConn women have absolutely no sense of humor: My usually steadfast wife declined one of my beer cocktails! She said it was because she was too beer-full and needed to switch to wine, but what she really meant was “Sorry, pal, dumping in a shot of gin and a dash of bitters only compounds the original sin of Starr Hill Lemon-Lime King of Hop Imperial IPA.”

Now, a few quick notes about Starr Hill’s new King of Hop line: The Grapefruit is perfectly good but nothing special (grapefruit IPAs all taste roughly the same to me, which is why I think it makes sense for brewers to come after Ballast Point Grapefruit Sculpin’s market share, especially if you can tout being local and less expensive). The Habanero is perhaps the best hot-pepper beer I’ve tried, improbably balanced with just enough tropical fruit up front before the heat kicks in. The straight King of Hops is a four-star beer in a very crowded field; it reminds me of Harpoon’s excellent new Hoppy Adventure. The Lemon-Lime is … a thing I tried to salvage with gin and bitters.

The reason this one disappointing Virginian beer is relevant to the topic of great Midwestern beers is because I said so and also because it highlights the main scourge of the wannabe-comprehensive beer writer (well, the main one other than gout). It’s really hard to have truly informed opinions about beers from outside your distribution area. Starr Hill is generous with media samples, which are fantastic primarily for being free but also because they’re the only legal way to get out-of-market beers, which means Starr Hill has an outsized influence on my impression of Southeastern beer, very little of which makes it to Boston beer store shelves. I’ve really liked most of the Starr Hill I’ve tried, but I really can’t say for certain if it’s the best brewery in Virginia, or the worst.

It’s a little easier to get my koozies on Midwestern beers, but I admit upfront that the following list is limited by distribution. I stand firmly behind the claim that these ten are all great, but please don’t hesitate to tell me what I missed. Surly bills this 6.6-percent alcohol-by-volume hoppy ale as a hybrid of American IPA and British extra special bitter. It’s got more malt character than most modern domestic IPAs, with a sweet caramel flavor underneath the citrusy hops and the long, bitter, piney finish. Gentle tropical notes of pineapple and mango chime in around the edges to make this one of the most satisfyingly complex pale ales I’ve come across. 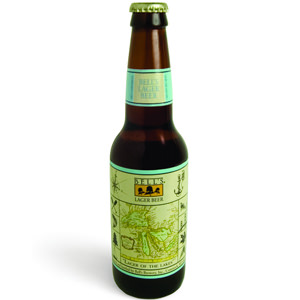 In trollier times, I’ve declared Bell’s Oberon to be one of the most overrated beers in America, but I’ve also admitted that their beloved Two Hearted is a top-tier IPA, and I was blown away when I finally got my hands on their seasonal imperial IPA, Hopslam, last month. I still haven’t tried most of Bell’s portfolio, but a recent and very pleasant experience with their crisp, clean, refreshing 5-percent ABV pilsner-inspired Lager Beer (also known as Lager of the Lakes) convinced me they have mastered at least three important styles. Another drawback to distribution limitations and overcrowded beer shelves is that when a brewery does manage to break into a new market, they feel understandably compelled to lead with their flagship beer, which is usually an IPA. I love IPAs, but the last thing any store or tap list in Massachusetts—or any other state, I presume—needs is another IPA that’s sat on a truck for 900 miles. That said, the grapefruit, peach, and pine notes in this 7.2-percent version hopped with Citra, Simcoe, Amarillo, and Centennial help Truth stand out as yet another reminder that excellent IPA is no longer a coastal phenomenon (if it ever was). New Glarus’s most famous beer is Spotted Cow, a run-of-the-mill cream ale that has a bizarre hold on the hearts and tongues of the otherwise eminently sensible people of Wisconsin. It makes for a curious ambassador for a world-class brewery. I tried at least eight New Glarus beers over the course of my one glorious week in Madison, which is tied with Portland, Maine, as my favorite beer city; the seven-plus non-bovine bottlings each ranged from “very damn good” to “very damn the best.” Wisconsin Belgian Red, made with barley, local wheat, and a pound-per-bottle of Wisconsin cherries, made the strongest impression with its sweet, pure-fruit flavor. At 4-percent ABV and with just the slightest hint of tartness, this is an ideal beer to drink by the half-dozen on a sunny day. 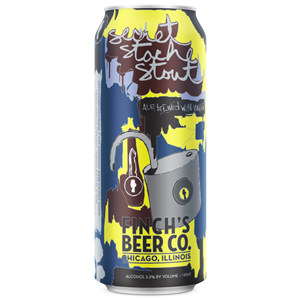 This 5.3-percent ABV stout tastes like dark chocolate, vanilla, and lightly roasted coffee united by a creamy sweetness, and it has few peers among stouts brewed in the Northeast. It also has the uncommon decency to come in 16.9-ounce cans. Welcome to town, Secret Stache! 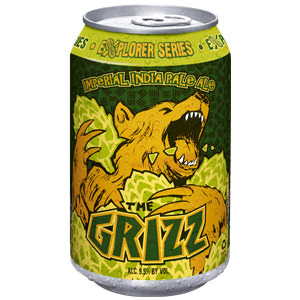 Let me disclose two important conflicts of interest here: My longest-tenured comrade is a stuffed bear named Grizz, and I’m a sucker for hyper-fresh 9.5-percent imperial IPAs that show up unbidden in my mailbox. But despite these biases, I can assure you that this brand-new seasonal from Tallgrass is bonkers in the best possible way, full of tropical and citrus fruits balanced by bold caramel-and-biscuit-inflected malt and topped off with a bitter, resinous finish. 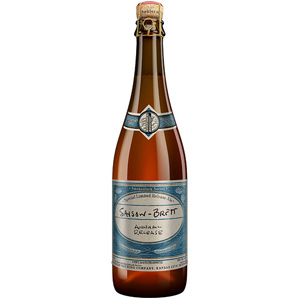 This annual release is one of my household’s top five good-timin’ beers. It’s reasonably priced; market conditions being what they are, $13 is not bad at all for 750-milliliters of high-class, dry-hopped, bottle-conditioned 8.5-percent ABV saison. Saison-Brett usually comes out in the spring, though it’s running a bit late this year. But don’t be afraid to grab a 2015 bottle if you see one before the new model hits the streets—aging enhances the earthy brettanomyces funk (which is all the more prominent as the hops settle down over time, so caveat emptor depending on which attribute you favor). Belgian IPAs aren’t for everyone, because not everyone knows her tongue from a hole in the ground, but refined faces like yours and mine know that there’s nothing better than the combination of spicy Belgian yeast overlaid by modern American hops. Ale Asylum leans on Citra to lend Bedlam a tropical and citrus punch that perfectly complements the coriander and clove notes from the yeast, making this 7.4-percent ABV wonderbeer one of my favorite renditions of one of my favorite styles. Despite the resurgence of American pale lagers, there still aren’t a ton of Dortmunders on the market, partly because of the more marketable name recognition of the similar pilsner style, and partly because not many brewers are foolish enough to compete with Great Lakes Dortmunder Gold. Although 5.8-percent ABV isn’t high by modern craft beer standards, it’s still dangerously potent for a smooth, bright, lemony, gently peach-scented lager with just a touch of black pepper on the finish. Allow me to play Unlicensed Beer Historian for a minute here and credit this 5.8-percent ABV American pale ale with igniting the fetishization of Citra hops in particular and single-hop beers in general. PseudoSue showcases Citra (and planet Earth) at its finest, with an ideal blend of tropical, citrus, and earthy pine flavors that make it one of the few highly sought-after beers that have ever struck me as even better than advertised.