Opinions on pumpkin beer, well, vary. But pumpkin beers are out there, cluttering up refrigerated cases and beer shelves all over this great, seasonally gourd-obsessed nation. We figured we could do our part by offering a guide to some of the better options out there—with more and less intense options for pumpkin beer lovers and slight-dislikers alike.

Fair warning to pumpkin beer virgins: when we talk about “pumpkin beer,” pumpkin isn’t actually the only flavor in play. It’s really the fall pumpkin desserts spectrum brewers are working with, so yes some vegetal, gourdy pumpkin flavors occur but also varying levels of sweetness and any number of options from the baking spice rack—which ingredients can turn some beer drinkers giddy like a witch with a new broom and make others or upchuck like one of those awesome barfing Jack-o-Lanterns. Hence, division between the pumpkin-heavy and pumpkin-lite.

PUMPKIN-PACKED – Where pumpkin is dialed up to 11 Unabashedly proclaims itself “a beer that tastes like pumpkin pie”— if only pumpkin pie were also 8% ABV. Despite, or because of the claim, the people seem to love this one, and with pretty good reason. Won’t taste like dessert in a bottle, though a nice full-body and some not-too-aggressive sweetness make a fair argument for the pie association. Spices are classic—cinnamon, nutmeg, clove—and integrate well with the malt and strong squash flavors. 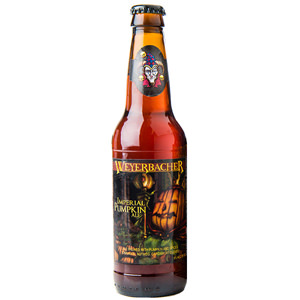 Another pumpkin beer that’s not afraid to go full-gourd, and (not surprisingly) with a high ABV to match (8%). Made with real pumpkin as well as cinnamon, nutmeg, and a judicious pinch of cardamom and clove (anyone who’s ever used too much of either knows why), the beer tastes as big and bold as a grinning, toothy Jack-o-Lantern. Not a sweet pumpkin beer—more emphasis on the complexity of spices, with even a bit of (not unpleasant) bitterness on the finish. Maybe it’s no surprise the Imperial style works well for the unabashedly gourd-forward beers. Everything is dialed up in an imperial style, so a strong dose of fresh pumpkin and a smattering of fall spices have a lot to work with, as here, though depending on your perceptions of sweet flavors, you might find the beer a bit too close to dessert territory. (In which case, move over pie, I’m drinking my dessert.) A typically aggressive seasonal entry for the lover of pumpkin-packed beer. Made with pureed pumpkin and spices, though some people seem to taste a lot more of one or the other, not to mention sweetness. Good news is the high 8.6% ABV can at least attempt to meet the spices halfway and give the pumpkin flavor some rounded balance. Gotta love fall flavors for this one, but if you do, you’re set. Plus, it pours orange. Like a pumpkin.

MINI PUMPKIN – For those who want a bit less gourd in their glass. Maybe because it’s a brown ale, the pumpkin and spices of Dogfish head’s seasonal entry feel pretty well balanced. Brown sugar goes into the mix as well, upping the maltiness but stopping well short of getting anywhere near pumpkin pie sweetness. Really a subdued pumpkin beer, pumpkin in the service of brown ale and not vice versa. Also, bonus points: it’s named for a local Delaware pumpkin chucking contest. Yeah. There is such a thing as seasonal squash tossing. For a beer that pours pumpkin-orange, this is also a slightly more subdued entry, with 5.1% ABV to match. Definitely a hint of pumpkin within the malts on the nose if you dig deep, and spices briefly kick in when you take your first sip, but don’t look for any overflowing cornucopia of fall flavors here. Not to say a bad pumpkin beer, in fact it could be a very good thing, especially if you’re looking for some seasonal beer drinking without having a pumpkin thrown down your gullet. 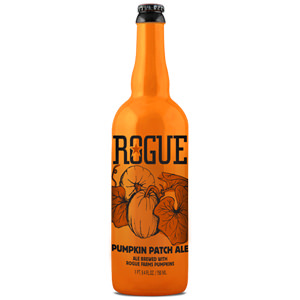 Rogue likes to put out some intense beers (sriracha-spiked chili beer, anyone?) but this one’s all about balance—lower alcohol than its Imperial pumpkin brethren (a modest 5.6%), with good malt and caramel notes balanced by subdued spice and even subdued pumpkin, grown on Rogue’s own farm. Look hard enough and you might even get a hint of pie crust, but nothing hyper-pumpkin or sweet here, just a nicely balanced and well carbonated pumpkin ale. 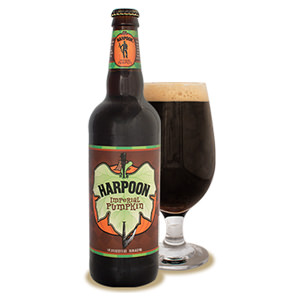 A big beer, at 10.5%, densely packed with spice, molasses, and mayyyybe a hint of pumpkin somewhere in there…? Really a thick, full-bodied sipper of a beer built on roasted malts but heavily laced with warming spices and rich, dark undertones. Drink it while watching “Sleepy Hollow,” or better yet, as a reward after successfully evading the Headless Horseman.