When the cold weather comes, so do the hot toddies. Few other drinks match the warming and cold-curing qualities like the combination of whiskey, tea, lemon, and honey. Drinking one is a given; the only question is, how are you going to make it?

Whiskey is the strongest flavor in a hot toddy if you make it right. The right whiskey doesn’t get too watered down, and has strong enough flavors to add character amidst the sweetness of the honey and hot water. Consider stocking up on these six whiskeys for all your hot toddy needs before it gets too cold to go outside: 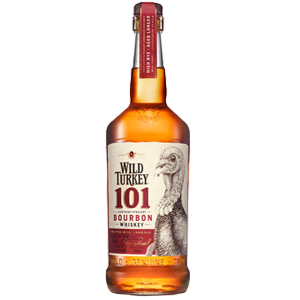 The high alcohol makes bourbon a lot to handle if you sip it solo. Water it down a bit in a hot toddy, however, and you keep the classic whiskey flavor as well as Wild Turkey’s characteristic butterscotch, caramel, and vanilla. The sweeter side of 101 comes out as well in a hot toddy. Keep in mind, though, with a whiskey this strong, you’re still going to get a kick. At around $25, The Famous Grouse Smoky Black is an affordable blended Scotch whisky that is great for mixing. Smoky Black is the (you guessed it) smokier version of the original Famous Grouse. The heavier dose of smoke adds a nice variation if you’re used to hot toddies made with sweeter bourbon. Grab this bottle for a peaty, smokey, and oaky hot toddy that pairs perfectly with a wood-burning fireplace. Four Roses’s entry-level bourbon sits at the right price point (around $20) and the right amount of aggressive flavor for a mixing liquor. Yellow Label has the expected bourbon sweetness from the corn-heavy mash, but it also has a fair amount of rye that adds some spice as well. It’s a value bourbon that won’t get lost in the tea. George Dickel’s overproof No. 12 is the hot toddy whiskey when it comes to the Tennessee whiskey category. It’s blended with aged whiskey, which is clear from the big oak, vanilla, and butterscotch flavors. Just like with Wild Turkey 101, the higher alcohol percentage ensures you will still get a kick after adding in the tea and other ingredients. If you like your hot toddies sweet as can be, Maker’s Mark is the whiskey for you. It’s a bourbon, so it has a corn-based mash, but it also uses sweet wheat instead of spicy rye. There are notes of caramel and vanilla with just a touch of spice; the sweetness will stand out more than the spice when you add the tea. It’s the rare Canadian rye that is 100 percent rye. Canadian Club bucks the trend with its 100% Rye. Don’t let the 40 percent alcohol by volume fool you; this whisky has enough alcohol heat to shine through in a mixed drink. Seek out 100% Rye for a switch up on the sweeter bourbon hot toddies and the smokey Scotch hot toddies.