The year has just begun, but it has already given rise to its first fan-favorite drink trend. Hop water, a non-alcoholic category of sparkling, hop-infused beverages, is quickly gaining popularity among craft beer drinkers and Dry January participants alike.

While the category is still in its infancy (it first became available in 2014), with just a handful of brands to choose from, hop water has already attracted a devoted following. According to insights from Nielsen, hop water brought in $5.5 million in sales between August 2021 and August 2022 — up a whopping 142.5 percent from just two years prior. While craft beer sales have taken a dive in recent years, hop water is clearly on the up and up; Nielsen calls hop water the fifth-fastest-growing craft-style beverage category in the U.S.

Try one for yourself, and it’s easy to see why. Hop waters provide drinkers with the depth of flavor they seek in craft beer, with none of the calories, carbs, or booze. VinePair tasted through nearly every hop water on the market to pare it down to the very best; read on for our picks. 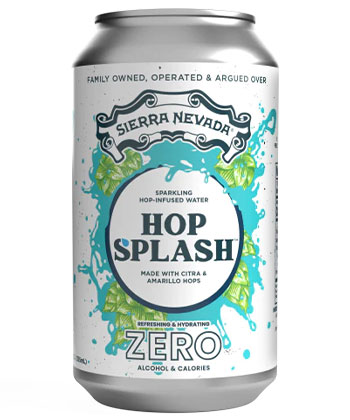 Sierra Nevada may be best known for its seasonal releases and beloved “Little Things,” but its recent foray into the N/A space with zero calorie HopSplash has been a sleeper hit. A very hop-forward offering, HopSplash has tropical fruit on the palate, most notably mango and pineapple. If you’ve ever been called a “haze bro,” this one is very clearly meant for you. Made with Citra and Amarillo hops, the beverage drinks like a lighter, more refreshing IPA. A plus? This water was carbonated using captured, reused CO2 from beer fermentation — a win-win for you and the environment! 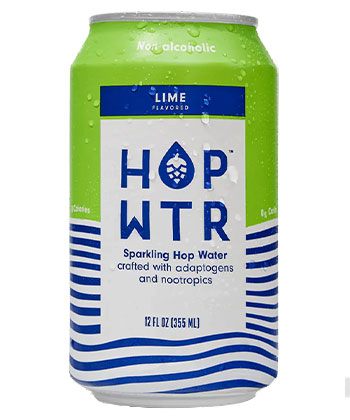 Not really a beer person? There’s still a hop water you’ll love. If you prefer hard seltzer to hazies, Hop WTR’s lightly hopped, fruit-flavored offerings are the perfect entry into the hop water category. With a bright lime aroma that offers a zippy twang to counter piney bitterness, this is a well balanced and highly nuanced seltzer alternative. Earthy Imperial Green tea gets a bubbly hop infusion in Hoplark’s Sparkling HopTea. The vegetal tea is complemented by the bright, tropical flavors of Mosaic hops. On the palate emerges a florality from hops, which subdue the strength of bitter tannins — a nice and refreshing middle ground for those who aren’t wild about abundant hops but still want the flavors to be present. With 60 milligrams of caffeine in every 16-ounce can, Hoplark packs a punch, even without the booze. Ruby red grapefruit zest meets honeysuckle essence in this cool kid-approved hop water. Each of Hoplark’s waters are hop variety-specific, meaning they’re ideal for drinkers who know their craft beer. Our favorite of their offerings is made with Sabro hops, known for their bitter yet fruit-forward profile. This is a delightfully tropical option that achieves a nice balance of flavor, with a surprisingly creamy mouthfeel. Lagunitas dry-hops its Hoppy Refresher with Citra, Equinox, and Centennial hops, and a smidge of brewer’s yeast brings forward bubblegum and tropical fruit terpenes. Hop-forward boldness meets sweet, juicy citrus for a highly refreshing sip. With a flavor as alluring as its aroma, this hop water ticks all the boxes we seek in N/A beverages.

Athletic is already a leader in the N/A craft beer space, so it should come as no surprise that it makes stellar hop water, too. With Daypack, its line of hop-infused seltzers, Athletic explores how fruity and floral flavors combine with the bold notes of various hop varieties. In its Hibiscus Lemongrass flavor, Chinook hops provide an earthy complement to the citrusy zing of lemongrass, while hibiscus — an increasingly popular flavor in the drinks space as a whole — adds a welcome brightness to the mix. Instead of competing with the hops, the added flavors here complement the floral, earthy, and citrus notes that hops are known (and loved) for.