Cheap bourbon ain’t what it used to be. The quality of entry-level and middle-shelf bottles continues to improve, especially as distillers introduce new innovations and with supplies of aged stock also seemingly on the rise. The very nature of what we might consider “cheap” has also shifted in the category, with $100-plus offerings now becoming commonplace, and certain labels demanding many hundreds if not thousands on the secondary market.

So what exactly constitutes “cheap” these days? At VinePair, we consider it to be below $50, for multiple reasons: The demand for bourbon has never been higher in living memory, which naturally pushes prices northward.

Additionally, it’s worth considering bourbon versus other styles of alcohol, such as wine. A cheap (sub-$20) bottle of wine is good for four or five glasses and has a shelf life of a few days once opened. But with its high alcohol content, bourbon remains stable for years after opening. And we typically pour or mix in 2-ounce drams — the equivalent of 12 servings per bottle — so one bottle can get you much further

The following 14 bottles are all widely available and arguably the best bourbon under $50 you can get. These are bar cart and liquor shelf staples, and bottles you can depend upon for all occasions. 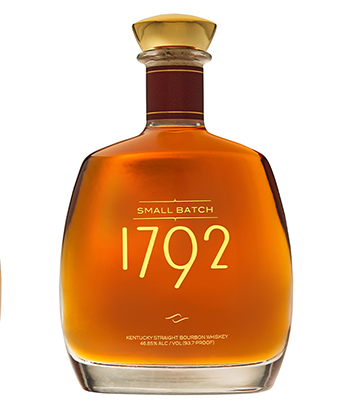 While it might be the “entry-level” bottling from 1792, this small-batch release arrives in a stylish decanter, and suffers no shortage of character. Its profile leans into decadent notes of caramel and toasted oak, making it apt for sipping as well as spirit-forward whiskey cocktails. Start with a classic Old Fashioned. Average price: $31. Rating: 90. Distilled in Kentucky, this high-rye release is finished using a mix of virgin French Oak staves and California Cabernet wine cask staves. The process has a noticeable and enjoyable influence on the final whiskey, imparting a prominent vanilla note and juicy red berry flavors. If you’re a regular wine drinker looking to explore bourbon, this is the bottle for you. Average price: $31. Rating: 91. 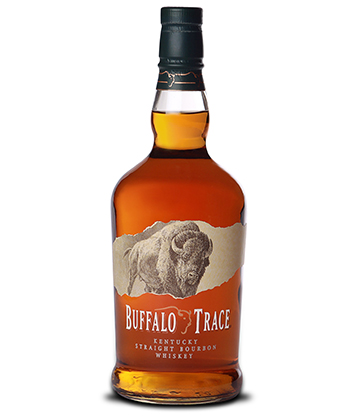 The eponymous release from one of America’s most celebrated distilleries, this bourbon packs a lot of character despite its lack of age statement and relatively low (45 percent) alcohol content. With a versatile, rounded profile delivering fruit, spice, and oak notes, this whiskey is a solid option for cocktail hour. Average price: $35. Rating: 91. 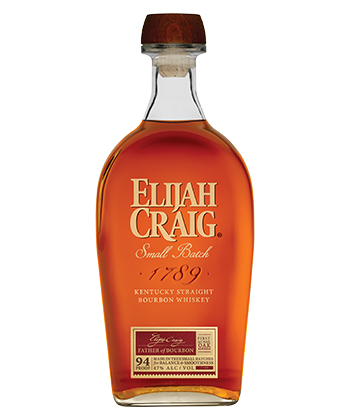 Made using a blend of 8- to 12-year-old whiskeys, Heaven Hill uses rye as the flavoring grain for this release. While its elder and higher-proof siblings enjoy a large share of the attention from bourbon fans, this remains a complex, impeccably balanced whiskey. While the profiles of some bourbons force you to use them in cocktails, turn to this release to elevate drinks like the Old Fashioned or Whiskey Sour. You can also easily sip it solo. Average price: $31. Rating: 93. 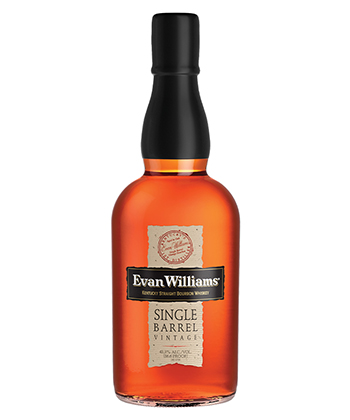 Single-barrel, age-statement bourbon isn’t common at the $30 price point — especially from legacy distillers. This Heaven Hill release not only bucks that trend, it also serves as one of the finest bargains in the space. Dried fruit notes build a layer of complexity around its caramel and toasted oak core. At 43.3 percent ABV, it’s an ideal midweek sipper. Average price: $31. Rating: 92. Made using four base recipes, each containing a different mix of yeast strains and mash bills, this release lands on the lighter, more delicate end of the bourbon scale. That’s not a polite way of saying it lacks character but instead refers to its floral, pepper spiced nose, and energetic palate. Price-wise, we’re talking an extra 15 bucks compared to Four Roses’ entry-level bottling. But the whiskey’s character and complexity more than make up for that. At just $37, this is undoubtedly a best bourbon under $50. Average price: $37. Rating: 93. 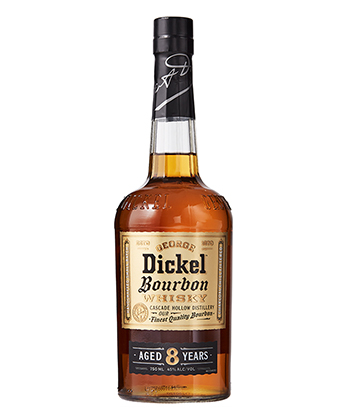 Introduced in summer 2021, this release employs the same mash bill, yeast, and filtration process as Dickel’s Tennessee whiskey. General manager and master distiller Nicole Austin instead labels this as “bourbon,” after selecting barrels she thought better represented that style than Tennessee offerings. At 8 years old and 90 proof, this is an absolute bargain. Expect red petals and dried berries on the nose, and a robust maple-spiced palate. No need to pick up the cocktail shaker here. Average price: $33. Rating: 92. Jim Beam touts this as the “extra aged” version of its iconic white label bourbon, though it’s unclear exactly how many additional years this release spends in barrel. What is clear (after tasting) is that this is a toasty, robust bourbon and among the most reliable options at the $20-ish price point. Boilermaker, anyone? Average price: $23. Rating: 88. 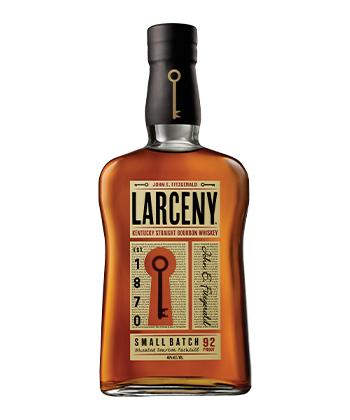 Another wheated release from Heaven Hill, Larceny instantly invites you to sip with its alluring sweet aromas. The caramel-rich palate is balanced by spice notes, ensuring the whiskey doesn’t land too sweet. But it’s luscious, rounded profile definitely makes it a perfect match for lemon juice in a classic Whiskey Sour. Once you’ve enjoyed a few of those, level up to the Gold Rush. Average price: $27. Rating: 90. Released as the legacy of Bill Samuels Jr., this whiskey undergoes a proprietary stave-finishing process to create what he has described as “Maker’s on steroids.” For a slightly more technical description of what that means: Expect amped-up caramel, vanilla, and baking spice notes, and a long, complex finish. This is a stunning bourbon that offers incredible value. Average price: $40. Rating: 93. 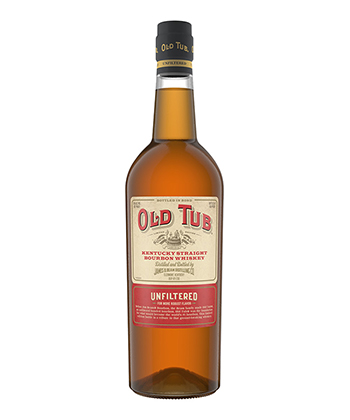 A bottled-in-bond release from the James B. Beam Distilling Company, this label pays homage to one of the Beam family’s oldest brands. The whiskey smells great, while the palate is spicy, lively, and slightly rugged, but well-balanced enough for the price. Shoot or shake this one. Average price: $24. Rating: 89. 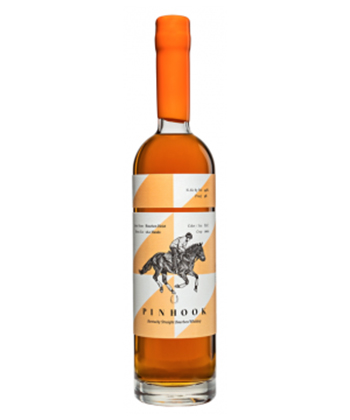 This sourced, 3-year-old release was produced at the Castle & Key distillery in Kentucky. Pay no notice to its relatively young age and instead rest assured that it delivers bold character and can step up for sipping occasions. This is yet another wonderful Pinhook release. Average price: $41. Rating: 92. 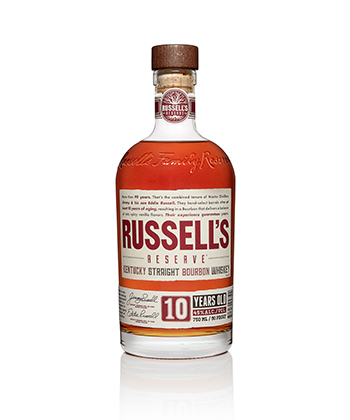 I challenge you to find another 10-year-old bourbon for less than $50. But even if it exists, there’s almost no chance it will live up to this release from Wild Turkey’s father-son master distiller duo, Jimmy and Eddie Russell. It’s a fruity, characterful bourbon, with rich vanilla notes. At 90 proof, it’s one to be sipped neat rather than on the rocks. And, hey, if you want to sample a decade-old bourbon in a cocktail, this is your best bet. Average price: $39. Rating: 93. 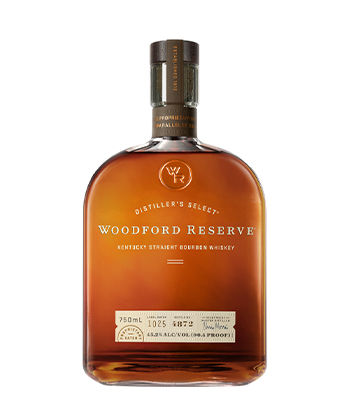 Woodford touts its bourbon as having 200 detectable flavor notes. To identify them all, you might need the experience and palate of the brand’s master distiller, Chris Morris. In fairness, it is an incredibly aromatic and flavorful bourbon, which arrives at a precise 90.4 proof. Consider it a solid, dependable all-rounder. Average price: $36. Rating: 92.

What makes whiskey a bourbon?

All bourbons are whiskeys, but not all whiskeys are bourbons. In order to be labeled as bourbon in the United States, a whiskey must be distilled with a mash bill of at least 51 percent corn, produced within the borders of the U.S., and spend time aging in new, charred oak barrels. As their mash bill, or recipe, contains a significant amount of corn, bourbons tend to take on a sweeter flavor profile than other types of whiskey, complemented with slight notes of vanilla and oak from the barrel-aging process.

Is Jim Beam a cheap bourbon?

Many bottles of Jim Beam are listed at lower price points than other notable whiskey brands, but their quality remains strong. On average, a 750 mL bottle of Jim Beam will run you between $10 and $15 dollars for their flagship White Label, while their Black Extra Aged Bourbon Whiskey is a great value between $18 and $23, making it a best bourbon under $50.

What is the smoothest bourbon to sip?