It’s officially American Beer Month at VinePair. It’s also one of the final days of what would have been Oktoberfest, originally scheduled to take place Sept. 19 through Oct. 4. But even with the annual festival canceled for the first time since World War II, Oktoberfest found its way into breweries, taprooms, and of course, our homes.

As Munich breweries celebrated their own mini-Wiesns, craft breweries here in the States worked hard to bring us the seasonal releases we look forward to every year. And so, even amidst a global pandemic, and what is certainly one of the most challenging periods in American beer’s history, we’ve had the immense pleasure and privilege of hoisting pints of Oktoberfest beers all season long.

Of course, German stalwarts such as Paulaner Oktoberfest Bier and Oktoberfest Märzen, and Bitburg’s Bitburger Festbier, were among the many festbiers and Märzens we tasted, and thoroughly enjoyed. But in the spirit of American Beer Month, and to return the favor to the U.S. breweries that so bravely provided for us in these unprecedented times, we’re devoting this ranking to American takes on the Bavarian classic.

After sipping dozens of socially distanced samples, filling our tote bags with grocery store-bought bottles, and carrying armfuls of curbside-pick-up cans, we’ve curated a sample set of U.S-brewed Munich- and Bavarian-style lagers released for the Oktoberfest season. Consider this your curated 6-pack of Oktoberfest lagers we loved this year. We hope you’ll celebrate with us well after Oct. 4. While pouring Highland Brewing’s Clawhammer Oktoberfest Märzen, baking spice and vanilla aromas slip from the bottle. Honey wheat bread flavors follow on the palate, while remaining light and crisp. One taster described this lager’s texture as “crispy and crunchy like a golden brown leaf fallen from a tree.” Translation: It’s refreshing enough to quench your thirst, and sure to be a fall favorite. 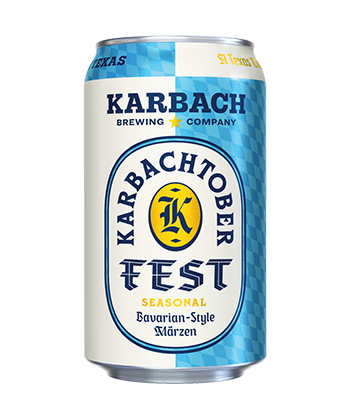 Panelists enjoyed Karbachtoberfest’s “basket of fruit aromas,” crisp carbonation, and light, fruity, malty flavors in balance with the floral notes of German noble hops. “It’s a tasty festbier,” one panelist said. The brightness of the bubbles crackles and fizzles into a soft finish. One taster added that this festbier is “comparable to Bitburger, but even better.” Soft, toasty malt and herbal hops await under a fluffy white head in this sturdy and smooth Oktoberfest from Cleveland’s Market Garden Brewery. Old Zahm marries tradition with the American craft beer spirit — that is to say, making a festbier that’s a Märzen — and a strong one at that. (A more typical Oktoberfest beer falls around 5.5 percent alcohol by volume, rarely pushing past 6). Old Zahm has a pleasant heft, is remarkably tasty, and enjoyable to drink with dinner or on its own. It certainly had us reaching for seconds. This is unlike any Oktoberfest beer we tasted. Dark cherry and stone fruit flavors and aromas are coaxed from the malt, while herbal, spicy hop character balances the fruity sweetness. The carbonation is scrubby and bright, readying the palate for another sip. Experimental, and yet no-frills, Wallenpaupack’s Oktoberfest Märzen is a beer to savor, and one to pair with food. There are heavy-handed malt-driven fall beers, and then there is Jack’s Abby Copper Legend: “This is the opposite of that,” one panelist said. It pours cloudy and copper-colored, with a refreshing, watery note on the nose — an “almost gueuze-like aroma,” according to one taster. It has a “really nice mouthfeel,” light on the palate with fine-tuned carbonation, plus a bit of malt sweetness on the finish. A festbier that keeps us coming back year after year, Jack’s Abby Copper Legend is “kinda perfect,” one taster said. Agreed another: “That is f*ckin’ good.” Victory Brewing Company’s Festbier astutely blurs the line between a traditional Munich festbier and an American Märzen. It wowed our panelists with its rusty amber color, rocky khaki head, and bready aromas with notes of brown sugar, vanilla cake, and coconut. Tasters enjoyed its zippy carbonation and smooth texture going down — “endlessly gulpable,” one taster said. “Smells perfect, tastes perfect,” a panelist added, noting that “it’s not too malty-sweet, and not very bitter, either.” Balanced in the truest sense, one panelist concluded: this is “beer at its best.”