Despite its neutral intentions, vodka can be a polarizing subject. In cocktails, vodka blends in, letting other ingredients do the heavy lifting. On its own, vodka can often leave a subtle and slow burn in your mouth.

For these reasons, some drinkers swear off the spirit entirely. (Not too many, though. Vodka is America’s most consumed spirit.) Those in pursuit of flavor usually opt for tequila, gin, or rum. Upscale cocktail bars will often have few, if any, vodka-based drinks on the menu.

But all is not lost for vodka. There are the brands out there that you know of (Grey Goose, Ketel One, Tito’s, etc.), and then there are the brands that everyone can learn to love. VinePair blind-tasted many bottles to find good, drinkable vodkas that even self-proclaimed vodka haters can appreciate. All average prices via Wine Searcher. 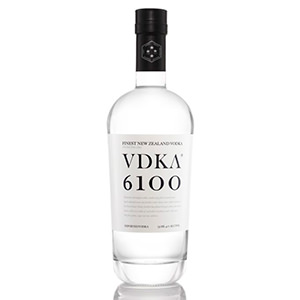 VDKA 6100 is one of the most neutral-smelling vodkas on the market. The taste follows through with a slightly sweet flavor and a little viscosity. There’s little to no harsh alcohol burn after. You’ve likely never tried a vodka like this, mainly because it’s made with whey, the leftover liquid from cheese-making. VDKA 6100 hails from New Zealand, and Robert de Niro is a backer. Average price: $31 Reyka is an Icelandic vodka that tastes dangerously like clean water. The main quality is a slippery, wet mouthfeel that’s slightly sweet with zero off notes. It’s made with Icelandic glacier water, filtered through lava rocks, and powered by geothermal energy. It’s also an important component of Icelandic summer solstice parties. Whether or not any of those things contributes to Reyka tasting so smooth and clean is up for debate; what’s inarguable is that this is a good sipping or mixing vodka. Average price: $20 Prairie Organic’s straight vodka has a sharp bite at first sip, but it carries less of a burn than many of the more common vodkas. There are some vegetal notes to it when drunk straight or over ice. It’s a corn-based vodka that’s certified organic and kosher. The label also makes some of the better flavored vodka out there, but for something classic, stick with the neutral straight vodka. Average price: $19 All we are saying is give Smirnoff a chance. At a recent blind tasting in the VinePair office, Smirnoff was pitted against Grey Goose and Tito’s. Smirnoff was chosen by three out of four tasters as the best vodka of the bunch. You’re not in high school any more, and Smirnoff is different when considerately sipped in a simple, spirit-forward cocktail. Average price: $13 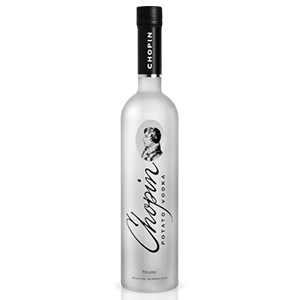 Chopin Vodka is as smooth as the songs created by Frederic Chopin himself. Potato vodkas like Chopin are, in general, on the sweeter end with a smooth finish. The Polish vodka features very little alcohol burn and is good enough to redeem the Vodka Martini. Average price: $29