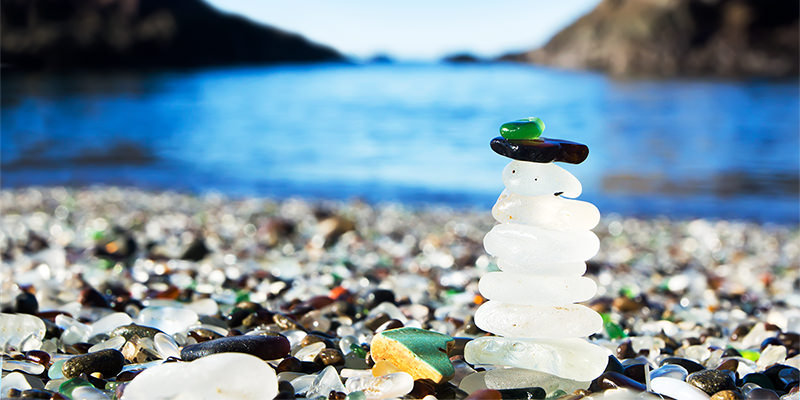 Even established dumping grounds can, over time, become beautiful.

A Russian beach, known locally as “Glass Beach,” has transformed from a ruin of discarded vodka, wine, and beer bottles into a shoreline mosaic of smooth, colorful glass pebbles.

The beach is along the shoreline of Ussuri Bay in Eastern Russia, just above North Korea. In the Soviet era, glass bottles and porcelain would be transported and left next to the water on the volcanic black sand. Shards of sharp glass kept locals away. But after decades of gently pounding waves from the Pacific coast, angry edges have smoothed and the beach has become a tourist destination year round.

#TravelTuesday After years of erosion, waste on Ussuri Bay (Russia) has evolved into a Glass Beach, thanks to waves from the Pacific Ocean. pic.twitter.com/ZpzzrQrYxV

Authorities in Russia took notice of the change and swooped in to claim it as their own “natural” preserve. Glass Beach is now a protected area sanctioned by the Russian government. So the next time you see something you think is impossibly broken or dangerously ugly, have faith that, just maybe, it will turn into something beautiful over time.