The Findhorn Ecovillage, an experimental architectural community of more than 500 residents based in Scotland, underscores the notion that alcohol inspires great ideas. The community is centered on the concept of sustainable development, which is the practice of using natural, eco-friendly resources to meet human development goals. With global warming concerns on the rise, the Findhorn Village has naturally become a community of great interest and praise but what we find most interesting about this community is that it was built on dwellings constructed out of old giant whisky vats. The original idea to repurpose used whisky vats came from an American resident of the community, Roger Douda. He saw it as an innovative exercise in recycling and decided to build the first prototype in 1986. 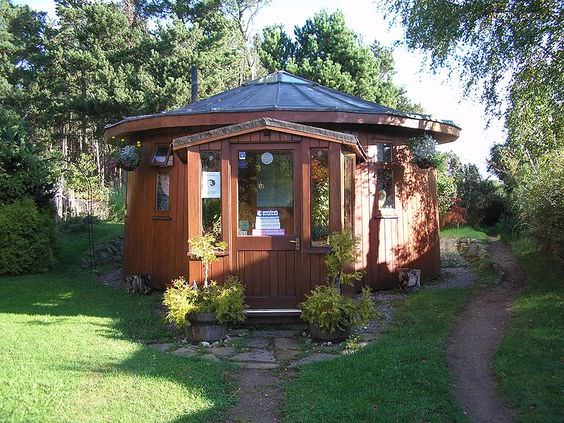 The story goes like this: Douda was collecting firewood 10 miles south of Findhorn and he stumbled upon a warehouse that had six disassembled large vats from the Haig and Haig distillery in Fife, they asked him if he wanted them, he declined, and then after he reflected on the incident he went back and decided to take them and use them for his community. At first the plan was to use the vats to extend the community center or create a new progressive school, but parents didn’t particularly enjoy the idea of their kids being educated in whisky vats. Thus, the vats were used to simply build a house, and the concept stuck. Not long afterwards 4 more houses made from whisky vats were built. The rest is history. Not all of the buildings that are built in the eco-friendly community stay forever, however, the houses made from whisky vats are permanent dwellings that will never be taken down. Whether this is because the whisky houses remind the community of its beginnings or because it is a clever use of recycling, we don’t know. But it wouldn’t be too far out of a guess to think the houses are mainstays simply because they look really cool…and remind us to drink whisky of course.