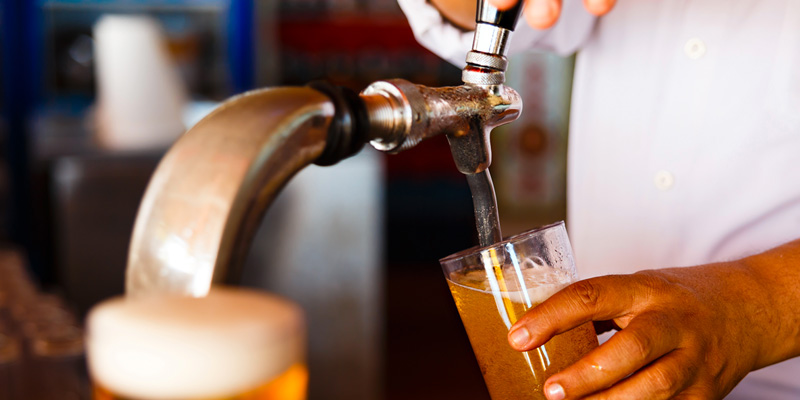 You’ve probably had white ale without even realizing it. That’s because not all white ale is labeled white ale. Instead, it goes by another, more traditional Belgian name: witbier.

Witbier, which translates as “white beer,” is a low-alcohol wheat beer. It’s traditionally flavored with orange peel and coriander but can also include other spices like peppercorn and ginger. The ale tends to be a bit cloudy in the glass and has a color somewhere between a pilsner and a heavy IPA. Citrusy but not sour, white ale is refreshing and bright like a late-spring day before the air gets too humid.

The gentle insistence of white ale’s flavor means that it is perfect for pairing with food. It’s got enough acidity to stand up to big dishes, but doesn’t have so much flavor that it overwhelms your taste buds. White ale is even good with spicy food, which its own tender aromas tend to complement, rather than compete with. And since the alcohol hovers around five percent, you don’t have to feel guilty about breaking out multiple bottles.

This lovely beer’s gentle flavors come from the fact that white ales are wheat beers. But they differ from the German-style wheat beer or weissbier in two significant ways. Unlike their German counterparts, which tend to steer clear of spices and draw most of their flavor from specific yeasts, white ales do have flavor. And unlike German wheat beer, which is made with barley and malted wheat (meaning the grain has been germinated before the yeast gets to work turning the sugars into alcohol), white ale is made with at least 50 percent unmalted wheat (meaning wheat that hasn’t been germinated), with barley and sometimes oats filling out the remaining percentage of grain.

So next time you see a white ale, grab it and indulge in a delicious Belgian tradition.