Countless new beer releases flood the United States each year, from craft IPAs to macro lagers. But small-batch to mass-produced brews alike owe a debt of gratitude to the establishments that paved the way long ago — or, in some cases, less than two decades ago.

With nearly 9,000 breweries operating in the U.S. today, we ventured to independently verify each state’s longest-operating brewery. Exploring this data reveals Prohibition’s wide-ranging and inconsistent impact on American beer.

Pennsylvania’s Yuengling, established in 1829, takes the crown for the oldest brewery in the U.S., while North Dakota’s Fargo Brewing Co., founded in 2010, is the youngest state representative on the list. A craft beer renaissance in the 1990s is evident, with 21 of the states’ oldest breweries originating in the decade.

While regional differences abound, a common love unites the states in this historical map. An excellent resource for trivia aficionados, this is the ultimate cross-country road-trip guide for history-loving beer drinkers.

Click here to see a full size version of the map! 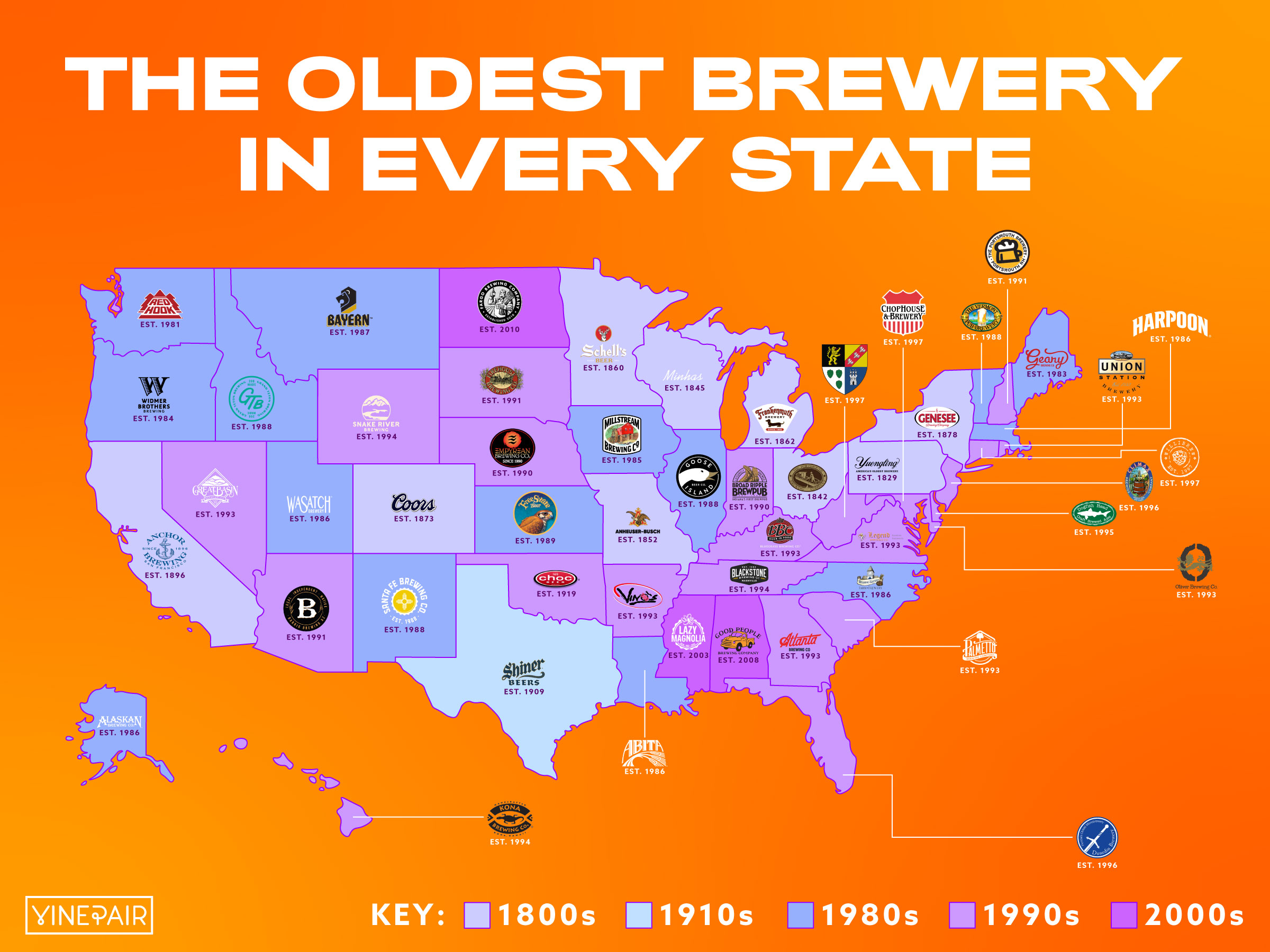 The Longest-Operating Brewery in Every State and Washington, D.C.

Ed. note: This article has been updated to reflect minor discrepancies.