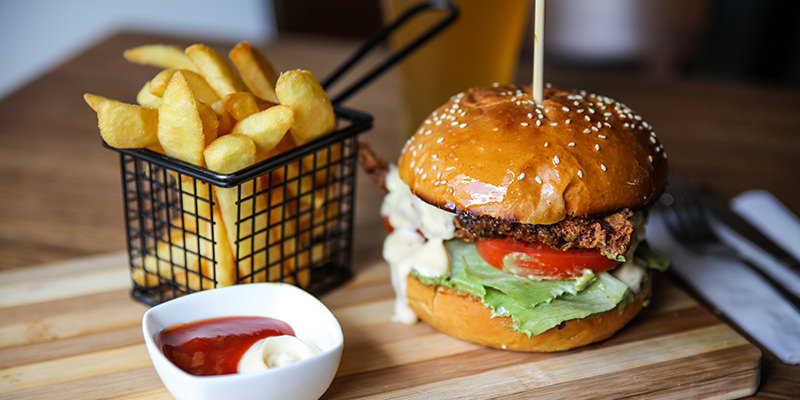 There’s a simple rule when pairing wine and food: Pick a wine that is from the same place as the food is from. It’s easy to see why people would adhere to this received wisdom. What grows together goes together, and chefs and winemakers are intimately knowledgable with each others’ local products. But what about when that’s not the case?

Some regional foods simply go best with wine from different areas. Pairing doesn’t have to be complicated, but it also doesn’t have to follow rules and tradition — especially in a global economy.

In the end, the best pairing is the pairing you are most happy with. But try these pairings and you’ll immediately know what you’re most likely to be happy with. Enjoy!

Of all the burgers in the land, the California burger reigns supreme. Sure, McDonalds was born in California, but the California cheeseburger is so much more than that (although, if you’re into McDonalds, we’ve got you covered there, too). Stay away from Napa wine whether your California burger means a Double Double at In-N-Out, or a thick, grass-fed burger topped with American cheese and avocado. Instead, grab a youngish bottle from the Left Bank of Bordeaux. It’s a Cabernet Sauvignon-dominant blend with high tannins that traditionally has less oak than its California counterparts.

In some circles it can be considered blasphemy of the highest degree to suggest that coq au vin — a classic French dish made with wine-braised chicken, mushrooms, pearl onions, and bacon — go with anything other than French wine. Zweigelt might change people’s minds. It’s an Austrian red wine with high acidity and a similar body to a Pinot Noir.

Originally from Italy, Fettuccine Alfredo has become so Americanized that pairing it with either a California Chardonnay or an Italian Pinot Gris would be cheating for this list. Pair it instead with a New Zealand Sauvignon Blanc. It’s bright, acidic, and often grassy, which is much different from buttery Chardonnay. It’s also just different enough from zippy pinot gris that you’ll wonder why you ever stuck with drinking Italian wine while eating Italian food.

Paella with rosé from southern France

Paella can be whatever the chef desires. It’s a Spanish dish made with rice, seafood, spices, vegetables, and whatever the person behind the stove wants. Yet it doesn’t need a master class in wine pairing to find something tasty to drink alongside it. Pair it with a rosé from Provence, one of the most well-known French rosé-producing regions. The dry, crisp flavor profile cleans your palate with each bite while still letting the tastes of Spain shine through.

Fried chicken sandwiches come in many shapes and sizes. Whether you prefer your fast food classic like Chick-fil-A, a fast casual joint that’s a little more upscale, or something expensive and gussied up, they all have something in common: They all go great with Champagne. And I mean real Champagne — none of this “California Champagne” will do. Sure, a Spanish Cava or Italian Prosecco might taste delicious as well, but nothing will clean your palate and set you up for success — no matter what type of fried chicken sandwich — quite like a classic French Champagne.