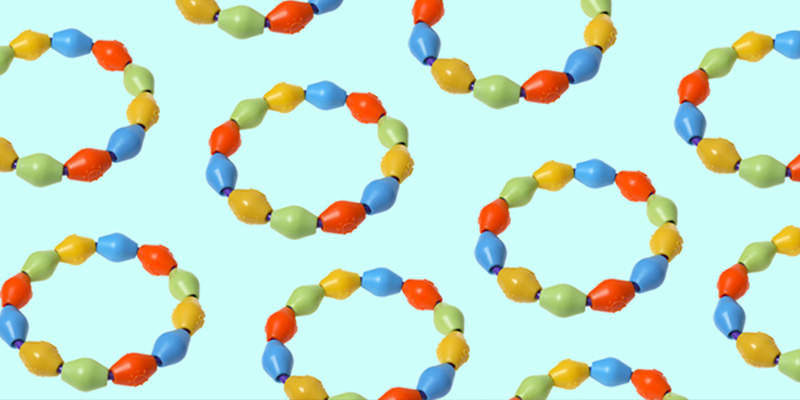 Most new parents probably hear the same advice when their babies start teething. “Rub a little whiskey on her gums,” friends and family say with a wink. “You’ll both sleep better.” I took it as a joke (and it was probably meant that way), but offering liquor to fussy or teething babies has a more robust history than I thought.

Since the mid-1800s, parents and doctors have had an ambivalent reaction to dosing babies with hard liquor. Dr. M. Esther Harding, a psychiatrist and the first American Jungian psychoanalyst, wrote in 1920, “Alcohol is, I suppose, the most valuable sedative and hypnotic drug we possess for infants and young children.” Harding recommended a hot toddy as a useful “sleeping draught” for infants, but warned that even “small doses of spirit” could easily damage a baby’s liver.

The more socially acceptable way to slip your baby a nip of alcohol was to reach for one of the many teething medications on the market. Letters in praise of Mrs. Winslow’s Soothing Syrup appeared in The New York Times in the mid-1800s. The primary ingredients were alcohol and morphine — a dab of Jack Daniel’s seems almost tame in comparison! Although the AMA denounced Mrs. Winslow’s in 1911, the concoction stayed on the market as late as 1930.

Gripe water, a tonic still widely available today, also contained alcohol until relatively recently. Woodward’s formula, promoted as a relief for colic and teething pain, was first introduced in 1851. The gripe water contained 3.6 percent alcohol, along with dill oil and sugar. To get a sense of the effects, consider that the Journal of the Royal Society of Medicine compares dosing a nine- pound baby with this formula to an adult knocking back “almost five tots of whisky.”

To be fair, many parents using these tonics may not even have known they were giving their babies alcohol. Companies like Mrs. Winslow’s weren’t required to list ingredients or prove medicinal benefits. Woodward’s use of alcohol was controversial when gripe water was released. But it didn’t seem to stop parents from buying it. In fact, Woodward’s didn’t remove alcohol from the recipe in Britain until 1992. It was flagged by the FDA in this country in 1993 as an unapproved drug, although it’s still sold (in an alcohol-free form) as a supplement. Commercial gripe water with alcohol is still on the market in some countries. Something called “Kidz Kolik” is available in Canada in “original” and “alcohol-free” variations, and marketing copy recommends it “for when lullabies fail.”

It’s understandably tough to find formal records of modern-day use of alcohol as a teething remedy. The medical community is united against alcohol for infants, so there’s not much incentive to study it. Those who do face potential obstacles with self-reporting. A 2005 study of an urban community asked participants about their familiarity with a variety of folk remedies. About a third of the responders said they’d heard of using whiskey to dull teething pain, but only 1.9 percent said they’d tried it.

If you want to find parents who openly admit to breaking open the whiskey, you have to check the relative anonymity of internet forums.

Reading online threads about teething remedies is like watching a careful dance. The first few comments often repeat the conventional wisdom that no amount of alcohol is safe for a baby. Then a few people mention that they, personally, wouldn’t rub whiskey on their child’s gums — but their mother did, they add, conspiratorially. Or their grandmother. Or a friend, whose baby went through more dramatic teething pains. Everyone turned out fine, they reassure the presumably judgmental reader.

Finally, parents with firsthand experience start to come out of the woodwork. They always start with a disclaimer — that they’d tried more conventional remedies first. Orajel, teething tablets, amber beads. Nothing was working. The baby was miserable.

“I shook a bottle of whiskey, put my finger on the cap … and rubbed it on her gum. She was happy in no time,” one mother wrote in the forums for What to Expect, a major parenting website.

“We only use it if it is a SUPER bad night,” another posted on a different site.

Some parents even claim that breaking out the booze is safer than more widely recommended medications. “I did it for my daughter, her pediatrician even said it’s better than Orajel … Have you read the side effects of Tylenol and the possible damage it can cause?” a mom wrote in one of the more contentious threads. “Your baby will enjoy Tylenol, mine will enjoy a rub of whiskey.”

So, is a touch of whiskey really no big deal for a baby? On one hand, sure, you can find anecdotal evidence of people who “turned out fine” after the whiskey treatment. On the other hand, a mother in Arkansas was charged with child endangerment last year for putting bourbon in her teething baby’s bottle. The baby was flown to a hospital after being discovered unresponsive. It’s a dangerous game to decide what counts as a “tiny amount” of alcohol when a screaming infant has you feeling desperate yourself. Not only are babies much smaller than adults, their livers aren’t as adept at processing alcohol. There’s no way to be sure that even a few drops are safe.

My baby’s cutting another tooth as of writing this piece, and you better believe I’ve got a bottle of Jack on hand. Its soothing properties, however, are reserved for me.