Being alone is bad, right? Just ask Adele, Bridget Jones, or that sole onion ring in your French fries.

Well, first and foremost, that’s total horseshit. Unhealthy, unfair, and incredibly unrealistic. If human beings can’t be alone without feeling guilty, less-than, or deprived, we’re all gonna end up standing in the same cramped bar, profoundly exhausted, dreaming of our couches and solo possession of the remote control. But nobody needs us to tell them it’s OK, and even beneficial, to be alone. One thing we can share: how to be alone, or rather drink alone, and not have it be entirely depressing.

Whether you’re alone or in the physical company of your 457 best Facebook friends, once you add drinking into the mix, there’s a slippery slope. If you’re out socially, that slippery slope might find you getting up onto the bar or saying something you’ll regret in the midst of your throbbing hangover the next day. If you’re alone, things can be a little more complicated, not least because you might be driven to drink alone by not-the-best motivations, such as because you’re alone, or because you had a bad day and want to shut your thoughts off. Neither are great reasons to open a bottle, and yet they are two of the most universally compelling reasons we drink. (Yeah, awesome!)

But don’t lose hope! If you want to have a drink and you don’t feel like shouting over loud music or just don’t have the option to go out, it doesn’t have to be depressing. Assuming you’re in a relatively good head space (mascara tears? go with iced tea), there are more than a few ways you can make drinking alone not just not depressing, but actually honest-to-goodness enriching. 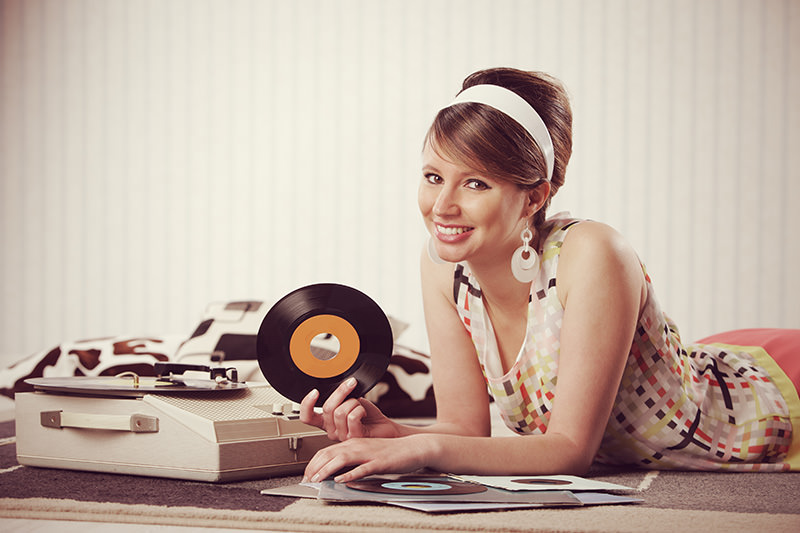 Not something you’ve listened to before, 100 times, especially if those 100 times came after a breakup. And definitely not Hallelujah by Jeff Buckley, or anyone else for that matter. Something new, something you’ve wanted to listen to or learn about, is a pleasant and highly personal activity that tends to accompany moderate drinking very well. Old school drink? Go old school music, maybe some classical or jazz. (Don’t worry, “Kind of Blue” won’t bum you out.)

Instead of just cracking a beer or pouring yourself that 10-ounce glass of wine, why not try something a little different? You don’t have to go crazy shopping for vermouths or reading up on the history of Angostura bitters, but even putting something a little simple together, like a wine spritzer with fresh herbs or maybe a simple cocktail, will imbue the whole drinking alone thing with a little more ceremony and self-care (see Snacks, ahem).

Do not, repeat, do not attempt to pluck your eyebrows while drinking alone. In fact, avoid all kinds of personal grooming that involve pointing sharp metal objects at your face and/or applying irons to your hair. But if you feel like having a glass of wine or a beer, you’re absolutely safe giving yourself a totally temporary personal mani/pedi. For the dudes, maybe just cut those nasty toenails. Seriously, it’ll do you good. Alternately, bath time, assuming it’s solo, is a great time for a glass of wine. Just the one though. You’re sitting in a pool of water. Of course! Snacks! The weirdest thing about drinking alone versus drinking in company: we arrange cheese cubes and fruit for company, we eat Cheez Whiz (if anything) when we’re alone. And that sucks, because eating not only fortifies us, and helps lessen the next-day consequences of drinking, it actually pronounces the drinking experience. It’s hard to remember to pay attention to flavor when drinking alone (see below), but food calls that out, especially if you try to create a pairing. And making yourself a little snack plate creates a self-care vibe that can help chase away any “look at you, alone with Zinfandel” vibes.

Yeah, note taking and joy don’t often coincide. Just ask any student, in any subject, all over the entire world and quite possibly universe. But when you’re drinking alone, taking notes on what you’re tasting creates a more deliberate consciousness. You’re paying attention to the flavors and texture of your drink, whether it’s a juicy red wine or a salt-flicked briny Scotch. Or even a PBR. Seriously, take notes on any of it. You’ll give your drinking more dimensionality and actually involve your palate. Alternately, you can announce what you taste out loud, as long as you don’t freak yourself or any nearby pets out.

The impulse, of course, is to jump directly onto Facebook or Instagram after your third or fourth sip. But fast-forward two drinks, ten wedding announcements, and seventeen new job/new baby/hot-new-look profile updates, and you’re drinking out of the bottle, reading through junior high school journals to figure out where it all went wrong. (It didn’t, PS, everyone has their own path. Just chill and stay away from all things Zuckerberg.)

Television avoidance isn’t the worst advice either, since we tend to lose track of what we’re eating and drinking when we watch TV. But we’re not fascists, so if you want to watch TV, go for it, but if you’re drinking alone, try to avoid the perpetual channel-change, show-hop, or total show-binge. Chances are, if you binge on entertainment, you’ve probably inadvertently binged on wine. 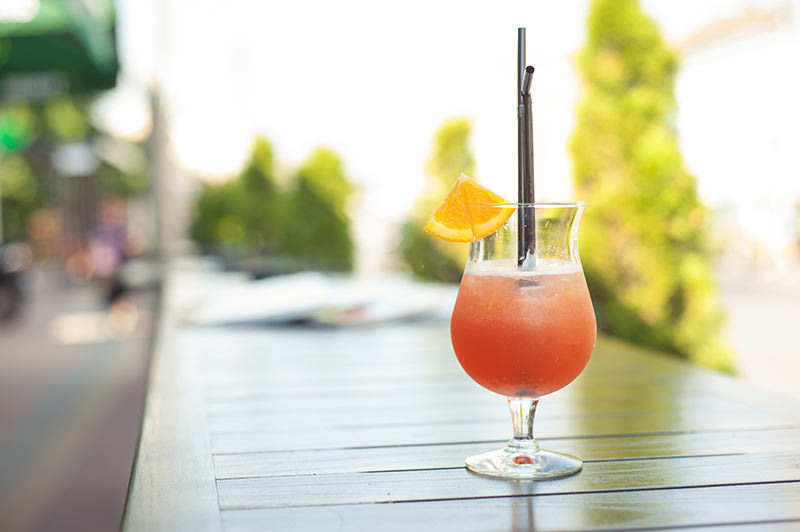 Assuming the weather cooperates, and you have somewhere to tuck in a chair and stare at some leaves or even those weirdly calming airplane lights, try to sit outside when you have a drink. Not only will it help you avoid screens and pace yourself (keep the bottle inside, ahem), but it enhances the whole idea of (gently) communing with yourself/your beverage while still feeling a part of the larger world. And in that world, no one is alone. Like that super annoying but heart-wrenching song says.