Every couple of months, Beer Research Director Emily and I take a fact-finding trip to New York City. I decided on my might-as-well-have-been-80th birthday that I am too damn old to ride long-haul busses, so these last few years we’ve been taking the train. This is how we came to learn that the Amtrak café car is the finest bar in America.

We usually head down from Boston around 9am on Friday, and it is our custom to celebrate our near-simultaneous escapes from both morning and Connecticut by splitting a Dogfish Head 90 Minute IPA as soon as we cross over into New York. We’ve ordered at least 10 and have never gotten one more than six or maybe eight weeks old, which is plenty fresh enough for a well-made IPA that’s stored properly. I don’t think you could replicate that success rate at more than 10 percent of all bars in the country.

So I love this tradition because I love drinking fresh 90 Minute to kick off a vacation, and also because I get a little thrill out of having a beer so early in the day. For a variety of reasons that I’ll get into soon in a separate post, day-drinking is a vanishing pastime in this still-great-but-less-so nation. The screamy dudes who suck down 25-ounce cans of Natural Ice in the park across the street from my house all damn day are doing their part for sure, but 9-to-5 beer drinking has become largely disassociated from the working world.

Oh, to have been a 19th-century Belgian farmhand. They lived in such enlightened times that polite society didn’t just allow them to whet their whistles while they worked but went so far as to encourage them by creating a special beer with that very purpose in mind. Saisons (French for “season”) were brewed in the winter and stored until the harvest season, at which point they were generously rationed out to the endive-pickers and suchlike honorable folk. Modern versions are crisp and dry, with moderate bitterness that allows the yeast esters to shine. The style didn’t pick up serious steam in the United States until four or five years ago, but there are now dozens of domestic versions that are, to me, in the same class as the justifiably esteemed Belgian Saison DuPont. Here are seven of my favorites. Songbird is on the gentle side of modern saison’s booziness spectrum, but it’s got an assertively tart edge and a nice black pepper kick on the finish. 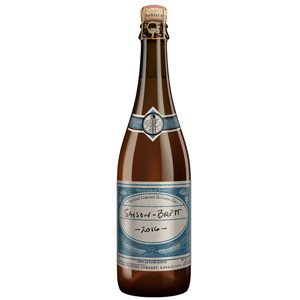 This annual springtime release is one of my favorite seasonal beers (it hit the market a couple months later than usual this year, but it usually comes and goes in my area on roughly the same schedule as baseball season). Neat beer geek fact: Boulevard’s category-dominant Tank 7 Farmhouse Ale, which recently celebrated its seventh birthday, making it one of the oldest widely distributed American saisons, was originally just the unpackaged base beer for Saison-Brett. Dry-hopped and fermented with wild yeast strains, including brettanomyces, Saison-Brett is simultaneously spicy, fruity, and earthy, with an off-tart funk that deepens with age. A local magazine recently named Mystic Boston’s best brewery, and since I’m skeptical of that kind of thing in general—always looking for a favor-trail, from obvious advertiser appeasement to murkier personal connections—I scoffed at first, but then I realized I had no real evidence to the contrary. Mystic makes unusual brews in a gritty part of town, so they sometimes get overlooked in a region that fetishizes the $15 four-pack of double IPA, but Renaud is fantastic, with pronounced banana and clove notes standing out among the full range of typical saison characteristics. 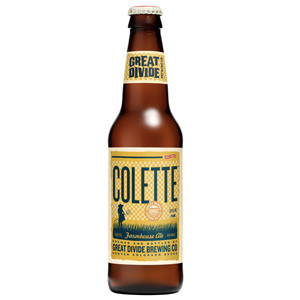 I got into a conversation the other day with a few brewers who were lamenting that Untapp’d is filled with people who downgrade old beer that is clearly date-marked. I can see where this is frustrating, because if the brewer gives you fair warning that the beer’s best by April, it’s unjust to criticize a can you drink in August. But this is the last time I’m going to mention beer freshness for a while, because our choir has been preached to often enough, and the fact remains that the vast majority of drinkers simply don’t pay attention to how old a beer is. I always check dates, however, which is what prevents me from drinking more Great Divide, a brewer of many outstanding beers that, for whatever reason, sit around on warm shelves for way too long in Boston. Collette moves pretty quickly, though, and saisons age much better than IPAs (most of them aren’t meant to be aged-aged; I just mean they don’t fall off a quality cliff after a few months), so I will always order this dry, spicy, straight-ahead saison when the opportunity presents itself. It’s crazy that Allagash, indisputably one of the very best Belgian-style brewers in America, didn’t introduce a year-round saison until 2014. In the hyper-competitive world of craft brewing, waiting so long strikes me as downright magnanimous of them, because guess who now makes the country’s best traditional-style saison? (OK, maybe Boulevard does; the only reason I didn’t put Tank 7 on this list is because I went with Saison-Brett instead, which is a whole nother beast due to the wild fermentation). I love bartenders and never begrudge the fact that some of them end up being compensated at a level that seems misaligned with the way our economy generally rewards certain classes of labor. What I’m saying is I think it’s great that you can make $500 cash for pouring beer all night. What I’m also saying, however, is that the gig’s getting a bit harder than it was a half-generation ago, when you could just sling the same half-dozen beers and highballs all night. What I’m really saying is yeah, I know that an Irish soccer bar in Boston is not Monk’s Café, but if you’re going to have a Lost Abbey tap, you should prepare your staff for the possibility that a high-maintenance customer might one day ask which specific (or approximate!) Lost Abbey you’re peddling. To be fair, the kid Sunday afternoon did semi-confidently offer that “It’s an ale, I think, a new one.” I passed, but I wonder if it was Red Barn? That’s a damn fine saison brewed with ginger, orange peel, black pepper, and grains of paradise. Surly is high on my wish list of breweries I’d most want to start distributing in Massachusetts, and I guarantee that it ever happens I will personally see to it that their beer never sits on the shelf for too long. This one’s full of lemon, clove, pepper, and all sorts of other optimisms.