As Wayne Martin began to dig a massive hole in his backyard, many of his friends and neighbors thought he was absolutely nuts. The hole Wayne was digging didn’t make sense for use as an in-ground swimming pool, especially once Wayne lined the bottom with a six-inch layer of peat and gravel, so what the heck was he building?! 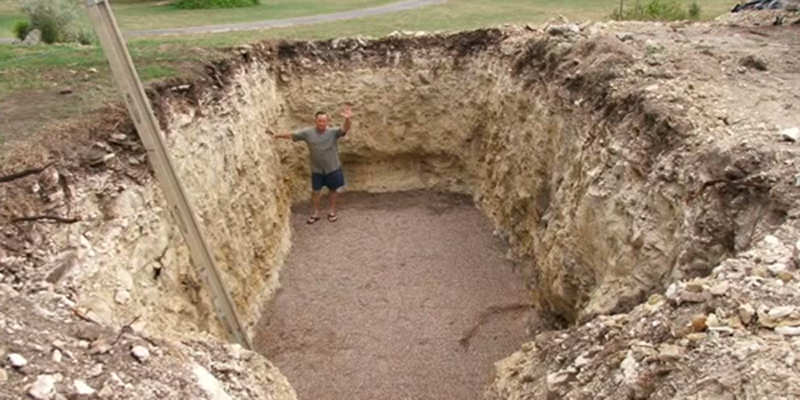 Wayne purchased an old shipping container, sealed up the container’s traditional double doors and installed a regular room door on the other side. He then hired a septic tank company to transport the container to his freshly dug hole. The company lowered the container perfectly into place. Wayne then installed a Sump Pump to ensure no water collected around the structure. Stairs were then built down to the entrance. Wayne then built frames on top of the container in order to support a concrete roof. Then he laid sheets of heavy corrugated metal across the top of the hole and installed air vents. After all that, it was time to pour the concrete. Then the hole was filled. Wayne even made sure there was enough dirt to allow grass and plants to grow over the top of the container. When he was done, the only thing visible was the opening for the stairs that lead to the door of the container. Finally, Wayne had built his own underground wine cellar! Here’s the full video so you can watch the entire process!