Smirnoff is one of the world’s top-selling vodka brands, but among college students, the brand’s offshoot product, Smirnoff Ice, is perhaps even more beloved. While the Smirnoff brand has been around since 1864, it wasn’t until 1999 that Ice was introduced. With nightclub culture soaring in popularity at the time thanks to the prevalence of bottle service and widespread popularity of hip-hop music, Smirnoff Ice was intended to expand the brand’s presence in the nightlife scene.

While brands like Cutwater and On The Rocks may produce the dominant ready-to-drink cocktails today, Smirnoff Ice reigned supreme through the early 2010s and remains a staple purchase for many young drinkers looking to play a prank on their friends. Here are eight things you need to know about Smirnoff’s resident RTD, Smirnoff Ice.

Smirnoff Ice does not contain any vodka.

Despite the fact that the beverage is produced by a vodka giant, no spirits are used in any flavor of Smirnoff Ice. In fact, like any malt beverage, Smirnoff Ice is made using a process that’s more similar to beer brewing than it is to the distillation of spirits.

It comes in 18 different flavors.

Smirnoff Ice was originally released as just one flavor, now labeled as the Original. A lemon-lime blend, this flavor is now available in both bottles and cans. Today, the lineup includes a zero-sugar version of its original recipe in addition to 16 distinct offerings ranging from fruit flavors to options inspired by classic cocktails like the Margarita or Screwdriver. If you can’t decide which flavor is for you, try a variety pack, which includes the Original, Strawberry, Raspberry, and Margarita flavors.

Though Smirnoff Ice was introduced in the late ‘90s, it wasn’t until 2010 that the malt beverage would really begin to take off, thanks to a game (read: prank) called “Bros Icing Bros,” which is now much more widely known as simply “Icing.” The rules, which were carefully laid out in an email to BroBible from the brothers of Pi Kappa Alpha at the College of Charleston, are simple.

One, if a friend surprises you with a Smirnoff Ice, you’re required to get on one knee and chug the entire thing. The only way to avoid this fate is to have a Smirnoff Ice on your person at the moment of the Icing. If this occurs, the original prankster must drop to their knee and drink not only the Ice they were going to grant you, but the Ice you used to counteract the prank as well.

…Which was created thanks to gender stereotypes and fraternity hazing

With a name like “Bros Icing Bros,” it’s perhaps no wonder that the prank was rooted in some deep-seated misogyny. During a time when few RTDs were on the market, brands like Smirnoff Ice were largely marketed toward young women, especially those in college who were otherwise likely surrounded with only beer or hard liquor as party drink choices.

The idea during fraternity hazing was to humiliate new members by forcing them to drink a beverage they viewed as “feminine,” often in very public settings.

When it comes to playing the game, some pranksters are sneakier than others

While the rules of Icing only state that the person who is to be Iced must only be presented with a bottle of Smirnoff Ice, many people who have played into the prank have used it as a crafty way to test hiding places. In fact, a simple Google search will give you approximately a thousand ways to hide a bottle and really take your friends by surprise. Some of the most shocking include brides attaching an Ice to their garter for their spouse to find beneath their dress. Others have even Saran-wrapped toilets and hid bottles underneath the lid.

Even if people weren’t buying the beverage to Ice their own friends, it soon became crucial to stock up on the beverage to ward off any future surprise attacks. As rule No. 2 states, the only way to nullify the power of a Smirnoff Ice is to counter the Icing with a Smirnoff Ice of your own, in which case the person who pulled the original prank must drop to one knee and finish both bottles.

As such, college students began stockpiling Smirnoff Ice bottles in their backpacks when headed out to class in the event they should be Iced on the way. As college junior Kevin Wolkenfeld told the The New York Times in 2010, “Guys who would never buy Smirnoff before are even buying it now to shield against attacks.”

Icing has moved beyond college campuses

While the prank started on college campuses, it didn’t take long for the phenomenon to spread across other communities. In May 2010, Fortune reported that “Ice attacks” had recently been witnessed at Wall Street giant Goldman Sachs, as well as NYC hedge fund D.E. Shaw and Raymond James, a Florida-based investment bank. It’s worth noting that, according to CNBC, “peer influences” cause many fraternity members to study finance, simply because it’s what the majority of their brothers are doing.

In April of 2018, Icing reportedly spread to the White House. The incident occurred within the Presidential Personnel Office (PPO), the office responsible for vetting thousands of candidates for political positions, when PPO leaders “Iced” a deputy director to celebrate his birthday.

Smirnoff has attempted to distance itself from the trend

Soon after the nationwide phenomenon of Bros Icing Bros took off, a website was created under the same name, intended to share photos of Icing pranks. However, as the prank grew in popularity, the site began selling what it referred to as “Bro Attire,” some of which contained images of the official Smirnoff Ice logo, an infringement on Smirnoff’s copyright. As a representative of Diageo, Smirnoff’s parent company, told The Village Voice in 2010, “We’ll take whatever actions we consider necessary or appropriate to defend our intellectual property rights.” 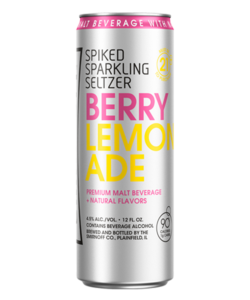 Smirnoff Berry Lemonade Hard Seltzer:
The best offering from Smirnoff’s extensive lineup, this seltzer smells like a Collins glass full of lemonade topped with a handful of ... Smirnoff No. 21 Vodka:
Easily the most-recognizable vodka brand on the liquor shelf, Smirnoff's forte is its versatility: you can enjoy this vodka in highball ...