Long before we had frosé, Mint Juleps were the quintessential warm-weather drink. A simple concoction of bourbon, simple syrup, and mint, Juleps originated in the 18th century. In recent millennia, of course, many Americans associate them with the Kentucky Derby.

The first Saturday in May, more than 100,000 fans attend the annual horse race in Churchill Downs. Nearly 120,000 Mint Juleps are served during Derby weekend, sources say.

Whether you are making Juleps for Derby Day, or just looking to use up spare mint sprigs, here are five tips for making quality Mint Juleps at home.

What to do when making a Mint Julep

Rye, whiskey, and brandy all work in a Mint Julep, but William Elliott, bar director of Maison Premiere in Brooklyn, prefers to use an overproof bourbon. An overproof spirit ensures “the cocktail has a longer life,” Elliott says. His favorite bottles are Johnny Drum or Russell’s Reserve.

Use syrup, not sugar.

Sugar crystals are tough to incorporate into cold liquid and can impart an unpleasant, grainy texture to your drink. Instead, bartenders opt for simple syrup made from Demerara sugar.

Tim Wiggins, co-owner and bar manager of Retreat Gastropub and Yellowbelly in St. Louis, Mo., likes to take things a step further with mint-infused syrups for Mint Juleps. “Blanching and blending a mint syrup is a great way to create consistent and intense mint flavor,” he says.

Yes, you can serve this drink over chunky cubes and no one will get hurt. But crunchy pebble ice is a big part of Mint Juleps’ appeal.

In an interview with VinePair, Polite Provisions’ Erick Castro mentions that Sonic, the fast-food drive-through, has Scotsman ice machines that make top-notch pebble ice. Many locations will sell you a bag for a few dollars.

The colder the better.

“After you assemble the Julep, but before you garnish, put the cocktail in the freezer for a few minutes,” Elliott says. “It will frost up the outside of the tin nicely.” After all, if you’ve taken the time to get pebble ice and source a proper Julep mug, why not go the extra mile and chill the glass? 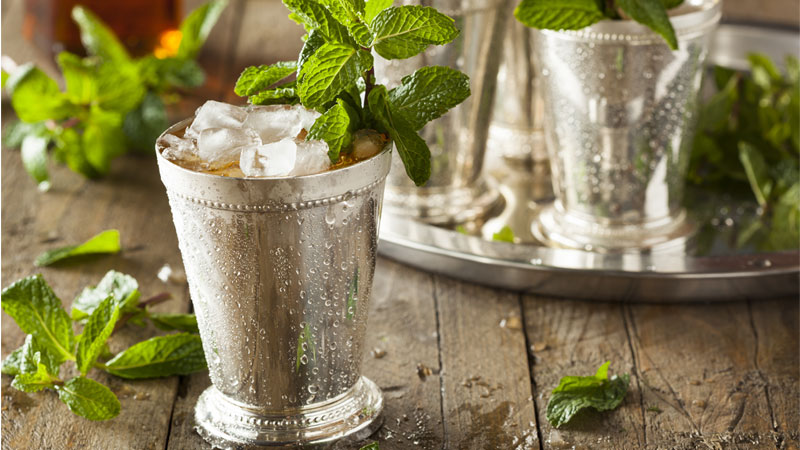 What not to do when making a Mint Julep

“The mint flavor should be super fresh,” Wiggins says, and advises home bartenders to handle their sprigs with care. “Too much muddling creates bitter and bruised mint that tastes old and stale. You want to gently release the mint oils but not punish the mint.”

Elliott prefers not to muddle at all. “Just give the mint a simple smack against the hand and brush the interior of the glass. This will extract just enough mint oil to line the tin.”

This is not a sipper.

Pebble ice melts quickly, so bartenders advise against slow sipping. “This drink is meant for hot summer days while watching horses race,” Wiggins says. “It should be consumed in no more than three sips!”

Of course, gulping overproof bourbon is not always advisable. Julep or no Julep, it’s important to know your limits.