The craft beer revolution has thoroughly swept through America. Even the least beer-friendly stores will have craft or local options on the crowded shelves. But you know what’s also on those shelves? Cheap macro beer. It always has been there and it always will be. It’s time to accept the inevitability and choose the best of the worst.

For this list, I narrowed it down to full-calorie beers, because if you’re counting calories while drinking beer, you’re already too far gone for me to help you choose. Full calorie doesn’t mean these beers are heavy, though. Some of them are actually lower on the calorie count than some light beers, thanks to the low alcohol content. But these also aren’t marketed as “light” (or “lite”) beers, and in many cases, there’s a lighter option.

Here are 11 of the cheapest full-calorie American macro beers, ranked from worst (never drink again) to best (fine, I’ll have one more). 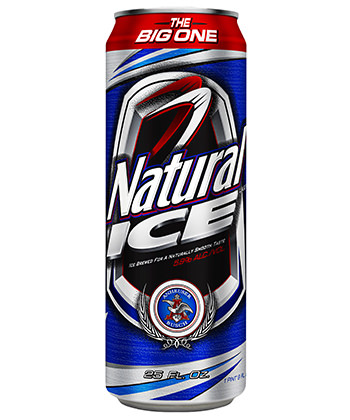 Did you even know Natty Light has a huskier brother? If you didn’t, skip this and continue reading this list in blissful ignorance. Natural Ice (and it’s higher-alcohol sibling, “Natty Daddy”) are thick, syrupy, adjunct-filled, 6 percent alcohol by volume slammers that have “ice” in the name because you need to drink them ice cold to get them down. This goes for all beers with “ice” in the name. When it comes to cheap beer, the less taste the better. This could do with a little less. 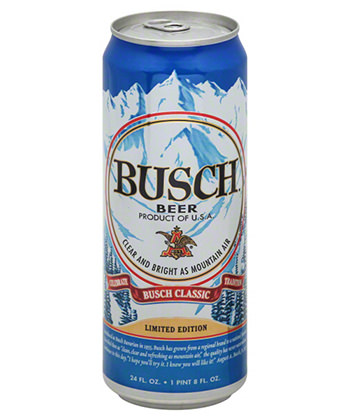 I became familiar with Busch in college, where it was referred to as “Busch Heavy” rather than simply Busch, and it sat in a cooler of Natty Daddies, Steel Reserve, and Bud Ice. That was good company for this beer. It’s got a lot of corn sweetness, but the most noticeable flavor is a weak skunky taste. And no, the skunkiness doesn’t taste like it was put there on purpose. 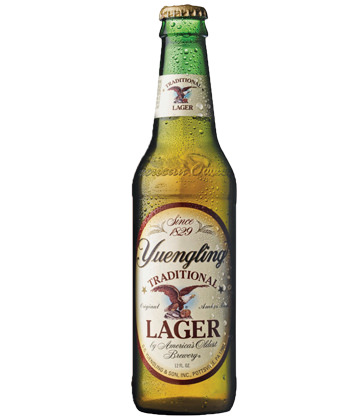 You have to put politics aside if you want to judge this beer fairly. The owners of America’s oldest running brewery are Trump endorsers, leading some beer drinkers to initiate a boycott. This ranking is about ranking beer, though, not rating companies on a scale of Basket of Deplorables to Snowflakes. Yuengling has more to it than your traditional macro, and also feels heavier. So cross out chugging, if that’s your cheap-beer goal. It’s malty, toasty, and sweet, but it also tastes like parts of the metal tank got into each can and keg. It’s not available west of the Mississippi*, but don’t worry westerners, you’re only missing out on a middling cheap beer.

* At the time of original publication this was the case. As of 2022 the brand is closing in on close to national distribution. 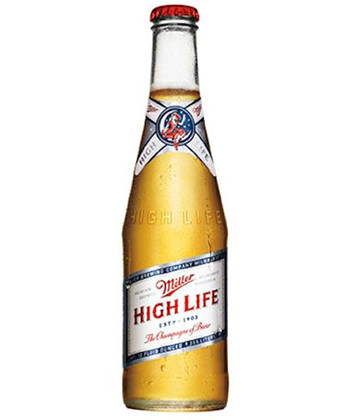 When I was in Yakima, Washington, with the brewmaster of Founders, he admitted that he can appreciate a Miller High Life or two when the time is right. And he’s not the only one. I’ve had multiple people swear by the Champagne of Beers when it comes to cheap and macro. Personally, I don’t like the touch of armpit flavor left in my mouth, but it goes great when chugged as a boilermaker with a shot of Jack Daniels. 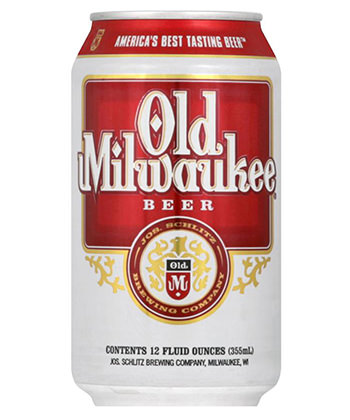 Want to feel like an aging man from the North? Grab an Old Milwaukee. The beer is made by Pabst Brewing Company and comes in cans that look straight out of a commercial form the 1970s. It also won an award in 2001 from the Great American Beer Festival. Really. It’s got less adjunct rice and corn flavors than the big guys, but it has a slightly metallic acid taste instead. The metallic acid isn’t so off-putting that you never want to have another one again, but it’s there. In the end, it goes down easy. There’s not much more to say than that. 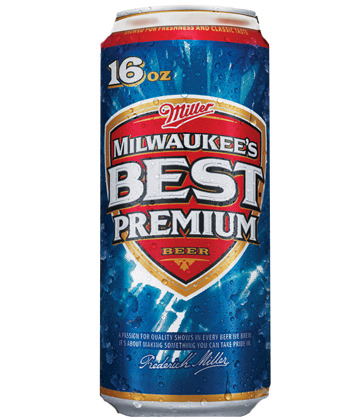 Ah, Milwaukee’s Best, a.k.a. the “Beast.” It’s a beer renowned for its chuggability and its prevalence at college tailgates and fraternity houses. Milwaukee’s Best is better than Old Milwaukee — sorry, nostalgia loving bandwagoners. This beer has earned its position on the list because it actually tastes like beer. Of course, if you really want something that is relatively cheap and tastes like beer, there are plenty of local craft options out there. Keep Milwaukee’s Best for keggers. 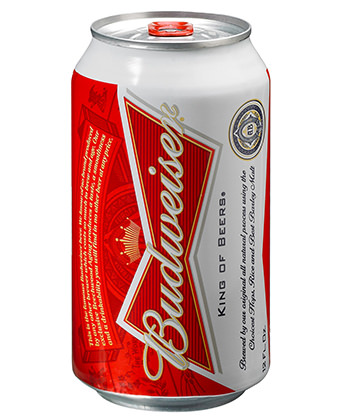 The King of Beers is only the king in sales, not taste. Business practices of its parent company, AB InBev, aside, Budweiser is a perfectly middling beer. If there’s only one thing I could ever say about Budweiser, it’s that it’s always there. Literally, always. It also holds a special place in my heart, which you can learn all about here. There’s a sweet rice aftertaste and not much else, but if that’s what you’re looking for, go ahead and buy the cans with the bowtie. 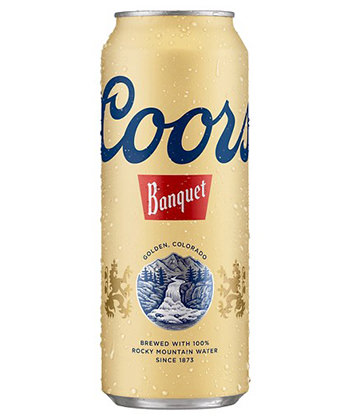 By far the best heavy macro beer out there. Sure, that’s like being named America’s least- hated corporate overlord, but take a win where you can get one. It’s an adjunct, which means there’s plenty of cheap corn in there taking the place of grains like barley, but it’s an adjunct with some lasting flavor. Kind of. If you consider heavy carbonation and sweet corn flavors something desirable (or at least desirable enough to crush a couple cans by the barbecue). Just don’t save it for 32 years before drinking it. It doesn’t work. Don’t call me a hipster. Yes, PBR’s artist-inspired tall boy cans have taken over Brooklyn and faux dive bars around the country, but when matched up against the rest of this lot, it’s a fine and dandy beer for $2 a can. It’s watery, slightly grainy, cheap as hell, and easy to find. You don’t have to have a mustache or wear flower-patterned short- sleeve button-ups to drink this, but it does seem to taste better in places with dim lighting and sticky floors. 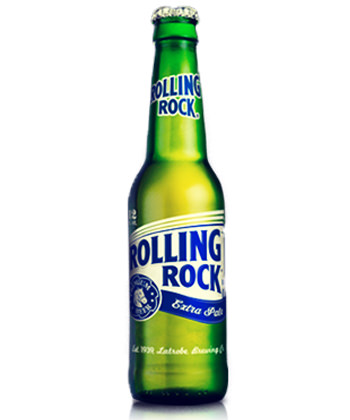 Rolling Rock is high school reincarnated for me. It tastes of angst and raging hormones, which just happens to also taste refreshing on a hot summer day when you really want to get rolling. In California, 36-pack cans get the party started, but if you get it in bottles, it looks a little classier and people might mistake it for an import. Rolling Rock is a beer that’s honest with you. It cops up to the fact that it uses both rice and corn as adjuncts. It’s light as carbonated water, and at only 4.4 percent alcohol by volume, it kind of tastes like sweetened water, too. 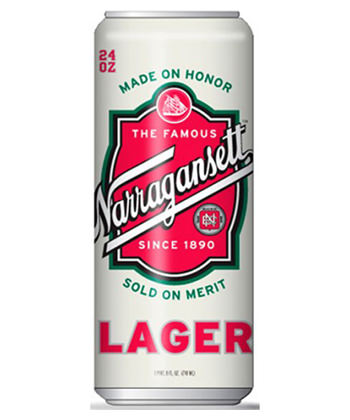 I could go on and on about the accolades of Narragansett’s pop culture cache (Jaws) and prep boy sailing cred (blame the New England lifestyle), but again, this list is about taste. Narragansett is the best tasting cheep beer out there. It can clean your palate after a briny oyster, quench your thirst after a marathon of sailing the high seas, and wash away the taste of a bad day. It’s less sweet than many of the other beers on this list, and tends to lean more toward tasteless than tasteful (see above statement about less is more for cheap beer). No matter where I’m at, I’m always happy to say grab me a ‘gansett.