A little bitter and a little sweet, grapefruit is a beloved winter flavor that has found its way into myriad cocktails. Just as at home in tropical concoctions as it is in riffs on the classics, grapefruit meshes beautifully with the brightness of agave and shines alongside amari.

While it’s a star ingredient in a popular tequila cocktail, grapefruit is versatile enough to become a key player in Martini, Daiquiri, and even Toddy riffs.

Craving something citrusy? Read on for 10 of VinePair’s most popular grapefruit cocktails, plucked fresh from our recipe library. Second only to the Margarita, the Paloma is one of the most popular tequila cocktails in the world. Made with blanco tequila, grapefruit soda, lime, and a sprinkle of salt, this drink is highly sessionable and can be sipped year-round. Like autumn in a glass, this bourbon cocktail offers the perfect balance between sweetness and bitterness. To make one, combine bourbon, grapefruit juice, and maple syrup in a cocktail shaker with ice. Shake, strain, and top with a few dashes of Angostura bitters for the ultimate cool-weather refresher. 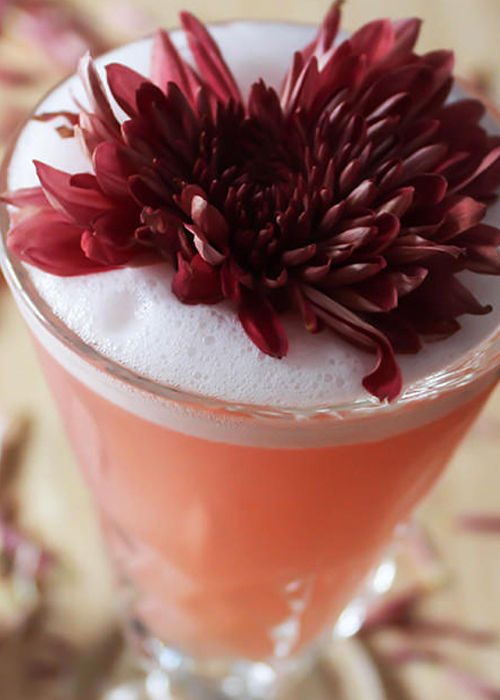 Similar to a Paloma, this recipe turns up the sour note by using fresh ruby red grapefruit juice in place of grapefruit soda. It also adds agave and egg white. The result is a rich and frothy pink cocktail that tastes as good as it looks in your glass. Always ranking among the most popular cocktails on Earth, the Martini’s elegant simplicity makes it a malleable base for myriad riffs. In this recipe, navy strength gin turns up the heat and the citrusy flavors while celery bitters add a fresh vegetal liveliness to the drink. Pleasing a crowd is easy with this eye-catching Marg: Made with tequila, grapefruit juice, pomegranate simple syrup, and a pinch of salt, this cocktail is wonderfully balanced. Its pink hue makes it ideal for serving at parties, while its slightly sour flavor begs for a side of chips and guac. The Penicillin, named for its ability to cure the winter blues, is given a bright boost in this citrusy riff. While the original drink calls for Scotch, lemon juice, simple syrup, and ginger, this variation swaps in grapefruit instead of lemon juice for a seasonal appeal. The result is a cocktail that’s just as easy to batch for parties as it is to sip solo. The Daiquiri is a favorite among bartenders and industry insiders for its simplicity and harmony. The three-ingredient cocktail is traditionally made with rum, lime juice, and simple syrup. Adding in grapefruit juice and swapping out simple syrup for agave nectar rounds out the drink’s zesty flavors. 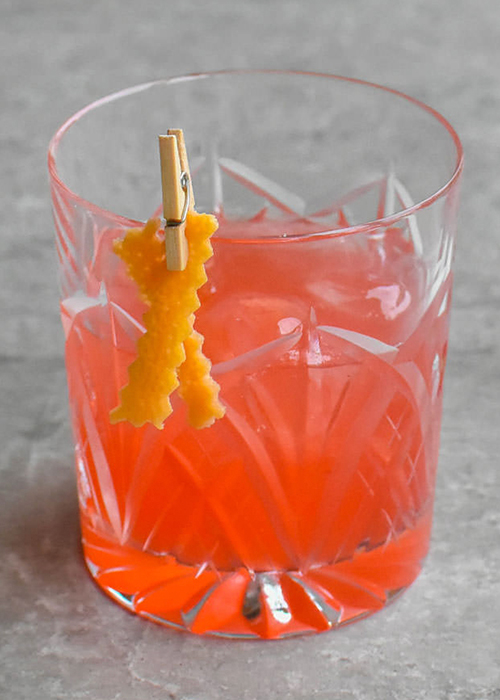 The Negroni has made a comeback in recent years, and for good reason. The bittersweet Italian aperitif is appetite-stimulating and balanced on the palate, with herbal and botanical flavors. Its short list of ingredients makes it a great base for home variations. This recipe incorporates the cocktail’s classic gin and Campari but subs out the vermouth for grapefruit-honey syrup to amplify the amaro flavors. Hot Toddies are typically made with whiskey, lemon, and honey. Creative bartenders can easily adapt this template to make their own innovative drinks like this one: a Hot Toddy riff that calls for gin rather than whiskey. Instead of lemon, a squeeze of grapefruit is added — mingling with the botanicals of gin and sweetness of honey for an herbal sipper with a kick. A Peruvian take on the classic Paloma, this recipe substitutes pisco, a South American brandy known for its earthy florality, in place of tequila. Pisco’s flavor harmonizes beautifully with the brightness of lime and grapefruit, while the sweetness of triple sec and agave round out these flavors for a refreshing appeal.